HOME TURF – MANHATTAN ON THE MED

On our doorstep is possibly the most famous holiday resort in Europe: Benidorm!  This vacation city built up from a quiet port over the last 60 years enjoys some  quite breathtaking statistics, highest number of skyscrapers per citizen in the world, second to New York in number of skyscrapers per square metre, the city contains five hundred “high rise” buildings including one hundred and forty hotels, estimates of the number of guest beds available in the resort vary between half and three quarters of a million. ‘Intempo’, at 200 metres, is the tallest residential building in Europe. Quite simply there is nothing like it anywhere else in the Mediteranean. Benidorm is to holidays what the City of London is to finance, Stuttgart is to car making and Milan is to fashion. We spent a weekend in Benidorm, just before the internal Spanish travel restrictions were lifted, to enjoy some of its attractions and to try to understand how this resort has grown to such size and success.

Benidorm’s scale is apparent from the moment one approaches the city,  its towers are visible from miles away and its seafront sweeps along the two beautiful natural beaches Levante and Poniente that are the foundation of its success. However, the key to Benidorm’s success over six decades has been more than just a lucky location and wonderful climate. The city as it now appears is the product of careful town planning. What appears at first to be a jumble of development and towers is in fact a well thought out arrangement of streets and spaces designed to give each of the large hotels its own pocket of space and views. The man responsible for this approach to the city’s development was Mayor D. Pedro Zaragoza Orts and it was he who decided that if Benidorm was going to be a resort then it would be one that offered a first class experience, even for an economy price. Don Pedro is also famous for engineering the lifting of the ban on bikinis on Spanish beaches, even taking on the local bishop to do so!

To really appreciate the clever town planning that has guided the city’s growth we took the panoramic lift to the rooftop bar on the 20th floor of the Hotel Madeira Centro. The view over the cityscape is remarkable, it even begs one’s attention away from the natural beauty of the sunset, sea and mountains. Seen from above this city of towers feels more akin to Hong Kong or Miami than any European city.

The next day we took a hike around the city to enjoy its empty streets before the tourists are welcomed back. To the north of the city and climbing the hills bordering it one finds Rincón de Loix, a more residential part of town. At the point where these hills meet the sea there is a fascinating reminder of the very earliest modern vacation development in Benidorm: Urbanización Castell de Mar. This set of holiday apartments was built in 1957-58 in what may be described as “pueblo” style. It is a charming survivor from the early days of Spanish costa tourism. The development contains a delightful little bar called Bar Meritas still complete with its original fittings; the perfect place for a spot of refreshment overlooking the sea, just follow the road down to the sea  and the bar is on the left hand side with seats on a terrace outside.

We later took lunch in playa de Poniente, in a former English Pub, the “Coach and Horses” which has undergone a recent update and now serves a varied menu including asian inspired food and even the odd vegan dish; not what one perhaps expects in Benidorm. However, this is emblematic of changes that may be coming to the city and its hospitality business. New tastes and fashions in food, entertainment and recreation are slowly creeping in and bringing greater diversity to a hospitality model that can seem impervious to change. We also stayed in a very nice boutique hotel, RH Canfali, that proudly advertised itself as a “gastro hotel” and indeed offers gourmet cuisine in its restaurant, once again a sign of changes.

Benidorm is large enough to offer something to everyone and the high level of expertise and resources in its hospitality sector means that it is capable of delivering whatever it sets its hand to. The issue for the city and its hotels and bars is deciding in which direction it wishes to go in the next 60 years.

As Benidorm comes back to life after the enforced shut down it is worth taking a moment to appreciate this extraordinary city, a combination of Blackpool, Las Vegas and Brasilia toasting under the Spanish sunshine. Long may it continue to welcome visitors in its warm embrace and we recommend a visit whatever your tastes. 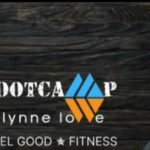 I went to fitness classes to LOSE WEIGHT, now I have... Previous
RECOMMENDATIONS FOR A “NORMAL” SUMMER Next 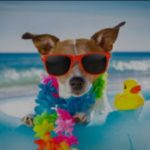