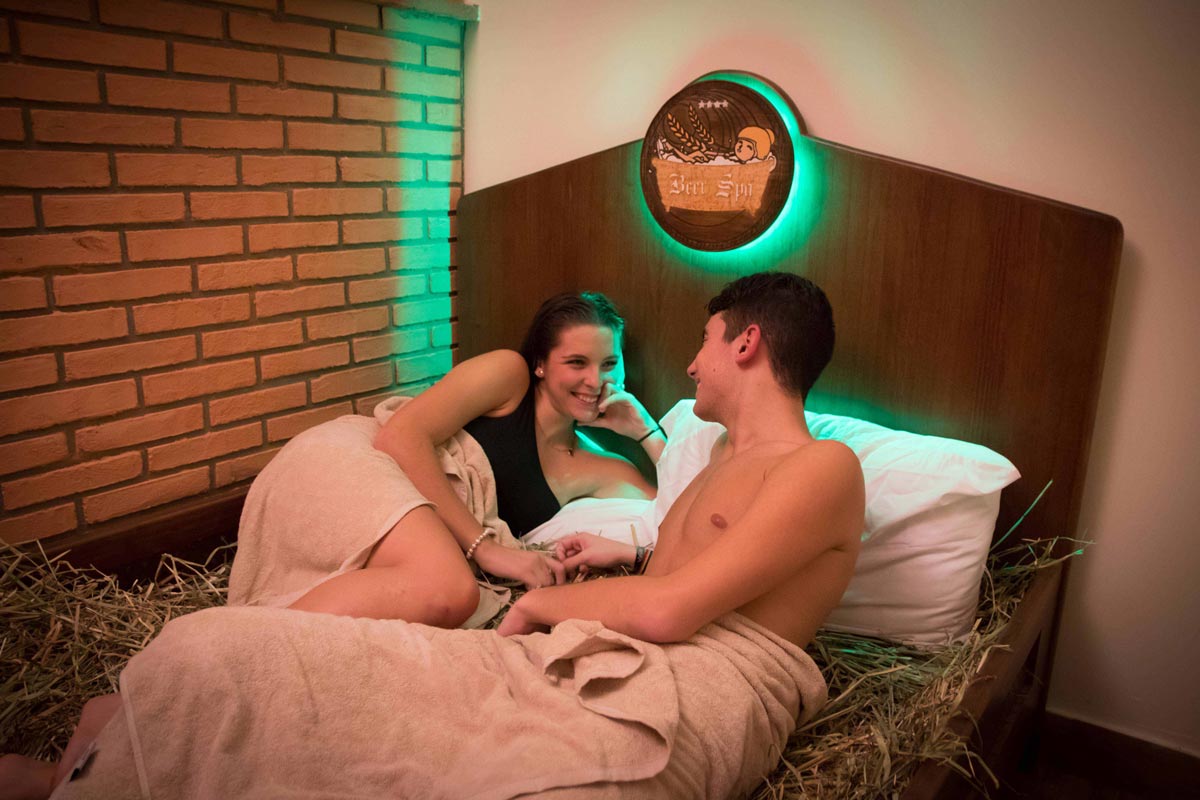 We are sitting here in the first week of April and wanted to share with you a wonderful day out that we had at the beginning of March, which now seems a million years ago. We recommend this place even in the searing heat of July & August, as it will be a cool, calming experience, or as a day out in Winter. It will also give you something to look forward too in these lock down days, that WILL soon be over.

Our son & daughter in law saw an advertisement online for the Alicante Beer Spa. As a Christmas present, they gave us the money so that we could treat ourselves. We read the reviews and were certainly impressed www.beerspain.com/spa/beer-spa-alicante/

The original concept started in the city of Granada, hence the beer being Alhambra. The one is Alicante is now one of 4 such leisure facilities in Spain, the others being in Zahara de los Atunes and Tenerife in the Canary Isles. Trying to find time in our busy retirement here in Gran Alacant was going to be difficult. However, early March is my wife’s birthday and we booked for Friday the 6th March which was also the first anniversary of my wife having her aorta valve replaced in the Levante Hospital, Benidorm. We did try to book the appointment online but came up against difficulties, so we rang them and the gentleman who’s name we had seen in the positive reviews, guided us through the payment process and rang us back as soon as the money transfer had arrived into the Beer spa account.

We took the local bus from Sierra Azul to Alicante bus station, showing the driver proof of our age meant we were able to get the O.A.P. concession price of €1 which is excellent value. Walking through Alicante city, we noticed it was very busy with many international people, most of whom appeared to be of a similar age to ourselves as there was a cruise ship in the harbour for the day. We were very aware of the news of issues on cruise ships and the problems that were being talked about across the World, including the lock down situation just across the Balearic & Tyrrhenian sea to the North West of us in Northern Italy.

We made our way to the approximate location of the beer spa, which is on Carrer Pintor Velazquez, almost immediately behind the central market, Mercat central d’Alacant. Arriving early we escaped a light shower by visiting the wonderful Mercat Market which has two floors of fresh fruit, veg, meats, fish and much more that we had forgotten since our last visit. This market opens early in the morning until 1430 and is full of wonderful and value for money produce. It is really vibrant and there are many colourful characters who work there. The rain had stopped when we came out, so we sat in the square and enjoyed a drink watching the world and people go by. We were also joined by an Austrian couple who were visiting Alicante from the cruise ship, of course the main issue being discussed was the current medical situation in the world.

Then it was time for our appointment at the Beer Spa. On arrival we walked into a beautiful reception and were met with the distinctive spa smell. We were greeted by Pablo, the gent we had read about in the reviews, and whom we had made our booking with over the phone. We were made very welcome and given a short talk by Pablo on what was to happen during the next few hours of pampering. We were given two large bath towels, locker keys for our clothes and the produce we had purchased, and last but not least, we each received a pint sized wooden tankard with a pewter lining to keep our beer cool over the next few hours. We were shown to the spotless female and adjacent male changing rooms and enjoyed a quick warm shower prior to our dip in the spa. We had been advised to bring swimming costumes and flip flops. As we were the only appointment that afternoon, we were allowed to take our mobile phone cameras inside the spa. However, if anyone else is using the facilities then a respect protocol is in place. The next move was to the spa room which had subdued lights, soft music and a two-seater spa had been made ready for us to use. In the room there are 4 of these spas as well as a larger spa that could accommodate up to 6 users. Each of the tubs had individual curtains and vanity partitions for privacy if required but being the only visitors we did not use them. As well as a timetable, we were given some advice before we entered the warm and inviting water, to which the attendant added herbs and spices associated with the production of beer. There was a personal beer tap for our use as well as local cheese and crackers to nibble on while we enjoyed the spa and beers. It was now time to relax, the attendant wished us well and departed reassuring us that he would be passing by to check on us and to see if he needed to add more water, warm things up or provide more refreshments.

Pablo came in informing us that after 45 minutes in the water, the next pampering experience would be ready. He had warmed up the adjacent sauna cabin, which was almost band new, had a standard terraced seating area on two sides, and looked very inviting. Our host again advised us of the safety aspects of the cabin, and told us he would be passing by to refill our never-ending supply of Alhambra. Again we were given a timetable as to when our time in Sauna would be up, although if we had enough of the sauna and beers we could come out to rehydrate with coffee or soft drinks in the final relaxation suite.

The next experience was a massage and I, having never had a massage purely for relaxation, volunteered to be first on the table. Subdued lights, soft music and scented candles added to a most relaxing atmosphere. I could choose whether the masseuse would work on my legs or back and I choose the back. Time seemed to stop as our host spent 20mins working on relaxing my back (this info from my wife). Then it was her turn and she also chose a back massage. I was so relaxed that I lay on my tummy and fell asleep. Once the massages were over, we were advised to relax for a further 10 mins before we were moved to the final relaxation suite.
To finish off our relaxing afternoon we were shown to a large room which had 4 double beds, whose mattresses were stuffed with hop straw (like I used to sleep on, or not! some 60 years ago at school camp on Lindisfarne Island Northumberland) and were made up with fresh linens. Each bed had tastefully folded up curtains/partitions, and we could stay here for as much time as we wished. After a while we made our way back to the changing rooms and followed the advice from Pablo about not having a shower as he had used nourishing oils on our skin during the massages.

After dressing we returned the towels and tankards to main reception. Souvenir packs were available, although we were put under no pressure to buy anything. We have great memories of a wonderful and relaxing afternoon in the centre of Alicante City. We don’t feel that this experience would be enjoyable for children, not for any sinister reason, we just feel that they would, in our opinion, get bored. We then enjoyed a pleasant walk through Alicante, enjoying the bustling early Friday evening atmosphere, to the central bus station and returned to Gran Alacant on the very reliable Alicante – Santa Pola bus.

We spent a week telling friends about what a pleasant experience we had and recommended it as a different day out ……. then came Friday 13th March, LOCKDOWN !!!

We hope that when things get back to normal, you follow our advice and try this unique experience for yourselves. 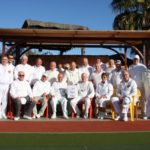 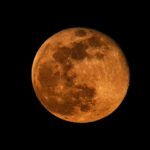