Who is Who in GASP? 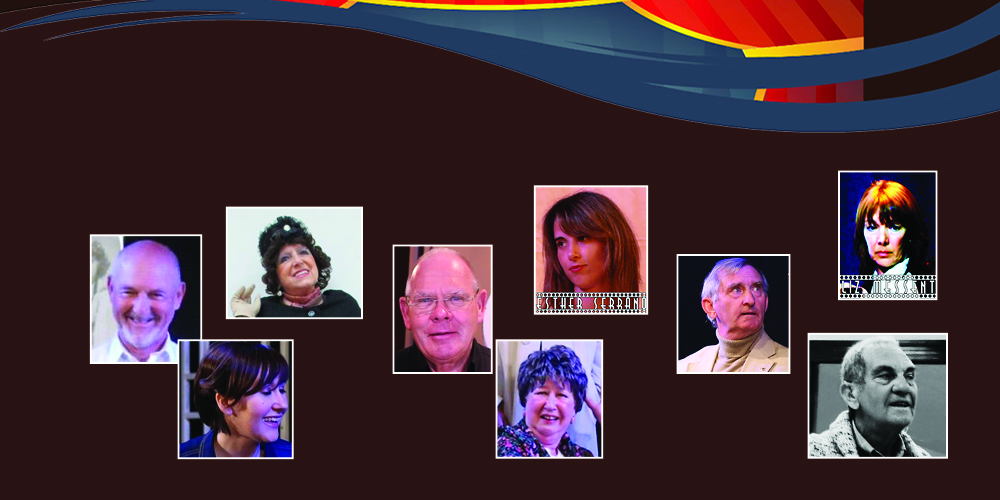 Who is Who in GASP?

David Ashley. Born in Blackpool in 1942, David began working in amateur theatre in 1964 and spent 40 years with Oldbury Rep, Birmingham. Began directing musicals in 1997 for Abingdon Operatic Society and Bourneville Musical Theatre in Birmingham. Has directed and/or appeared in every GASP production to date. David finds that the only way to remember his lines, is to rehearse on stage and use the development of the character to fix the words to the business of acting.
Christine Lombardy. A Parisienne, settled in Spain for 45 years with a long and wide experience on stage, both singing and acting. She has been in GASP from its inception and English is only one of five languages she speaks fluently. Christine recently appeared as “Wardrobe” in Beauty and The Beast, in a spectacular production in Orihuela.

Tony Skinner. He has been involved in “am dram” for over 20 years during which time he has appeared in many roles from “serious” plays through light comedy to pantomime. Tony likes to have less than 100 lines to learn. He is much better than that, of course.

Terry Lacey. Born in Dundee in the first half of the last century, Terry joined his first theatre group at the age of 18. Although originally interested in back stage work, he has successfully “trod the boards” on many occasions. His appearances for GASP include “Pack of Lies”, “Breath of Spring” and “Habeas Corpus”. He finds the iPod (yes iPod) a useful tool in helping with the repetition of lines.

Lucía García Valcárcel. Lucía is a professional translator and since 2000, an amateur actress, performer, singer and belly dancer. As well as being a member of GASP Theatre, she is also a member of Tardis Teatro amateur theatre. Lucia has appeared in “Pack of Lies”, “Just the Ticket” and many of our short plays and sketches, perhaps most famously, “Spanish Red Tape” and “Murder in the Red Barn” where she “died” several times in the most effective Melodramatic style.

Esther Harding. Originally from Madrid, Esther went to England on a 3 month course to improve her English and came back to Spain 14 years later with a nursing diploma, and an English husband. Esther first appeared with GASP in “Pack of Lies” and has appeared in nearly every production since then, including an evening of sketched, in English and Spanish in the Casa de la Cultura in Santa Pola. Esther just seems to remember lines, with a lot of help from her husband, Duncan.

Liz Messent. Liz was involved in amateur dramatics in the UK before she moved to Spain. She seems to have little difficulty in remembering her lines, and the lines of others, a real boon when things go a bit awry on stage (Never happens!!)

Penny Rooke. Penny first performed with GASP in Habeas Corpus, Wife Required and The Balancing Act. Since then she has taken major roles in many of our performances including our evening of Melodramas. Penny has managed to learn her parts in performances while travelling the world, or while at her other abode in the UK.

Chris Rooke. Chris has appeared in many of the Group’s efforts including our original Habeas Corpus and as the evil villain in “Murder in the Red Barn” He has also directed a few of our plays and has written several pieces which we have performed.

We all started for the fun of it. Obviously with no experience but with the encouragement of others, we overcame the initial fear of the stage and now share the fun with our audience.

If you have been inspired to think “I could do that”, we are always happy to welcome new members, of all nationalities. Interested? Please contact David Ashley on 966 181 113 or email gasptheatre@hotmail.com

Hidden by the Veil

Tears ran down the dark furrows in her cheeks as the elderly woman sat low in her favourite chair. She wore a plain black dress and a black, white frilled mantilla in the local tradition of those recently widowed. She sighed as she wondered how she might manage now that her husband has died. Their son had been killed in the army, when he was only eighteen and their daughter was now married and lived far away.

As she grieved, the Landlord pushed his way into her home and announced; “My dear how sad that your husband has passed and now leaves you alone in your humble house. Well, the truth is that it is MY humble house. You see he had a debt to me for repairs to the roof, so the roof over your head, is mine; unless there is something valuable in the house in exchange”.

She told him that there was nothing. Her husband had worked in the blacksmiths forge making horseshoes until his health failed and he went to the silk mill. He started as a silk weaver but later went long journeys to the east to collect the silk. He had left her nothing.

The landlord insisted. “He must have left something of value from the forge, in case of dire times, all people do”. She told him that the only thing her husband had left was the horseshoe on the front door, for luck.
“Ah Ha, that must be it” he shouted, “It must be valuable. I will melt it down; you can have your house”. As he swept out the door with a flourish, he met a mourner entering the house. “Thank you sir” she offered, “I am sure the dear lady will welcome your exchange”.
The widow gasped in horror. “That was the only thing I have to remind me of my husband, how can he take it”?
The woman replied, “This house will remind you of him every day. I will bear witness to the magistrate of your landlord’s words and you will be forever safe in this house”.
The widow looked at the plainly dressed woman who’s face was partly hidden by the mourning veil. “Who are you”, the widow said, “I saw you at the funeral but you are not familiar”.
The woman replied in a calming voice; “Do not despair my dear, I am sure the horseshoe is just that, a bent piece of iron. Your husband was a fine man and would not have left you destitute. Is there nothing else he left for you, a box or a letter perhaps?”
The widow said they were too poor for gifts; the only thing he gave her was the mantilla she wore. He made it when he was in the mill and had told her to wear it at his funeral. They had smiled about it. He had woven the fringe himself from fine white silk threads he had collected on his journeys to the east.
The woman looked at the fringe of the mantilla and raised a smile. “As I thought”, she said, “This is no fine silk, but fine silver thread woven into your mantilla. Your husband has indeed left you something to remind you of him”.
The widow cried, “Oh my dear husband you are gone but will never be forgotten”.
As the woman stood before the widow and lifted he veil she said; “Neither forgotten by you nor by me; my dearest Mother.” 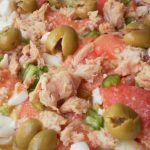 Pipirrana Previous
Never Give Up Next 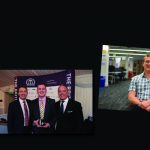