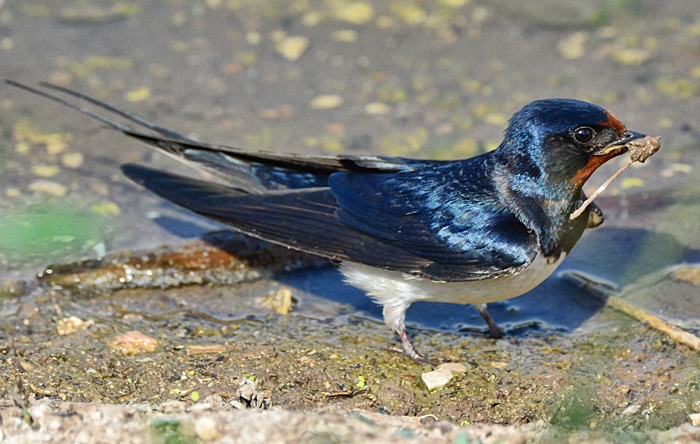 Last month I mentioned the Willow Warbler as being the most common summer visitor to the UK, but of course the one summer bird most people will recognise is the Common (or Barn) Swallow, and as you will have probably seen by now, there are plenty of them around right now in Gran Alacant. These are exactly the same birds that you see in Britain, although you should also be aware of the similar Red-rumped Swallow which is also found here but which is very scarce back in the UK. The Common Swallow outnumbers the Red-rumped by about twenty or thirty to one in our area.

I was going to say that the best way to get close views of a Swallow a
t this time of year is to find a muddy patch down in the Clot (the main pool can be particularly good) to watch them collecting mud pellets to build their nests, but of course this year there are going to be muddy patches just about everywhere after the rain we experienced during March! It depends how quickly the mud dries out, but once the birds find a suitable mud patch they will return to it again and again, and you can get close views similar to the one in my photograph. If you look closely, you will see that the bird has collected a strand of grass along with the mud, this will help to bind the mud to the rest of the construction.

Nest building takes a lot of effort, requiring an average of 1,300 trips to gather enough pellets of material. A Danish study has shown that males typically do around a quarter of the work, with the most attractive, longest-tailed individuals being the least helpful to their mates.

As a result, it’s well worth returning to last year’s nest rather than starting afresh, especially if you’re a female that has just flown 10,000km from Africa and is now using up valuable fat reserves to form a clutch of four or five eggs. A good nest may be reused for 10–15 years by a series of different pairs.

This is one of the few times in its life that a Swallow will actually land on the ground; you are more likely to see them perched on wires or, of course, showing off their aerobatic skills as they chase flies. But they are quite happy on the ground, unlike the similar (but unrelated) Swift which you will never see on the ground unless it’s in big trouble!

April is the main nest building time for the Swallows, and they need to build well as the nest may be required for up to three broods this year. Most songbirds use a nest for just a single clutch or season, then build a new one – if they survive to breed again. But one study has showed that most swallows returned to the same area, with 44 per cent of pairs reoccupying the same nest, and if you’d like a new word to impress your friends with, this phenomenon is called philopatry. 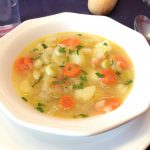 Porrusalda Previous
So what’s the deal with dairy? Next 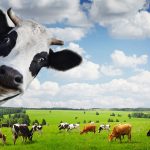