OASIS IN THE DESERT

The River Segura is one of the largest and most important rivers in Southern Spain; it runs through the provinces of Albacete, Murcia and into Alicante province, all the way to Guardamar. It brings life in abundance to the land surrounding its valley.

Amongst the gifts it bestows are natural springs that have been enjoyed for centuries by visitors seeking both health and pleasure. We visited one of the most famous springs for Juan’s birthday at the end of August. The otherwise nondescript town of Archena hides a secret world of victorian grandeur containing not just a complex of historic hotels but also a casino, baths and even its own gothic revival church. This extraordinary self-contained complex was originally constructed in the mid-19th century as a fashionable resort in which to sample the health-giving properties of bathing in the natural waters found at Archena on the banks of the Rio Segura. The site had been previously put to similar use by the former Roman and Muslim inhabitants and there are fascinating archeological remains of previous baths from ancient and medieval times. The current complex of buildings includes historic buildings such as the Hotels Leon (1858) and Termas (1868), the casino (1898) and the church (1878) as well as an ultra-modern pool and health spa complex and a modern hotel.

The casino was closed in the 1920s by the dictator Primo de Rivera who disapproved of gambling and is now a delightful cafe and bar set in its own palm garden; the church however still fulfills its original purpose and is popular for weddings.  We stayed in the majestic Hotel Termas which, although restored, still contains many original features and has more than a little of the atmosphere of the Grand Hotel Budapest!

The central purpose of the complex is to enjoy the baths. The modern complex of baths can be used by both day visitors and guests staying in the hotels. The pool complex consists of a series of outdoor and covered pools where one is able to while away the hours enjoying water in all its various forms; not just swimming but also powered wave channels, fountains to sit under, jacuzzi massage pools and all manner of ingenious ways of being sprinkled, pummeled, fizzed and soothed by water! The atmosphere, as one would expect in Spain, is lively with many families coming for the day reclining on sun loungers or having drinks at the bar when out of the pools. We spent the first day of our stay in the pools and have seldom spent a more relaxing day; as novices to such things, we were delighted by the entire experience.

The second day was more serious and started with a visit to the spa and health centre attached to the pool complex. Here one partakes of various regimes of massage, steam rooms and salt pools designed to invigorate the body. (For an authentic Victorian experience, it is also possible to undertake the treatments in the original Moorish style treatment rooms in the basement of the Hotel Termas.) After passing ourselves into the skilled hands of the friendly staff, we enjoyed a couple of hours of treatments that did indeed leave us feeling better in mind and body.

One of the pleasures of a visit to Archena is to be able to walk along the riverbank following a network of paths restored by the local town council and shaded by the abundant trees that take advantage of the river as a scarce source of water in the parched lands of Murcia. The entire valley is like a ribbon of oases bringing green life to the desert. Along from the spring complex there is even an artificial river beach created by the local council and hugely popular with local people who swim and picnic at the site. The entire valley is a slice of watery paradise. It is also a major centre of river rafting – but that experience will have to wait for another visit!

After finishing our visit to the complex, we drove inland along the river valley of Ricote to explore some of the ancient river landscape and towns, Ojós, Ulea and Blanca. The patterns of irrigation and agriculture established in ancient times and enhanced in the Muslim, medieval periods are easy to see, and one is truly driving through a historic landscape where the rhythm of life has hardly changed in many hundreds of years.

We recommend a visit to the River Segura valley for anyone who wishes to enjoy a break from the coast. A trip to the valley is to step into a different world where one can catch a flavour of past times, be it the refined world of a Victorian spa hotel or an ancient Spanish landscape of cultivation and irrigation. 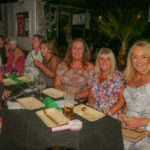 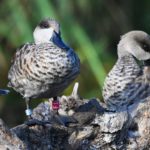