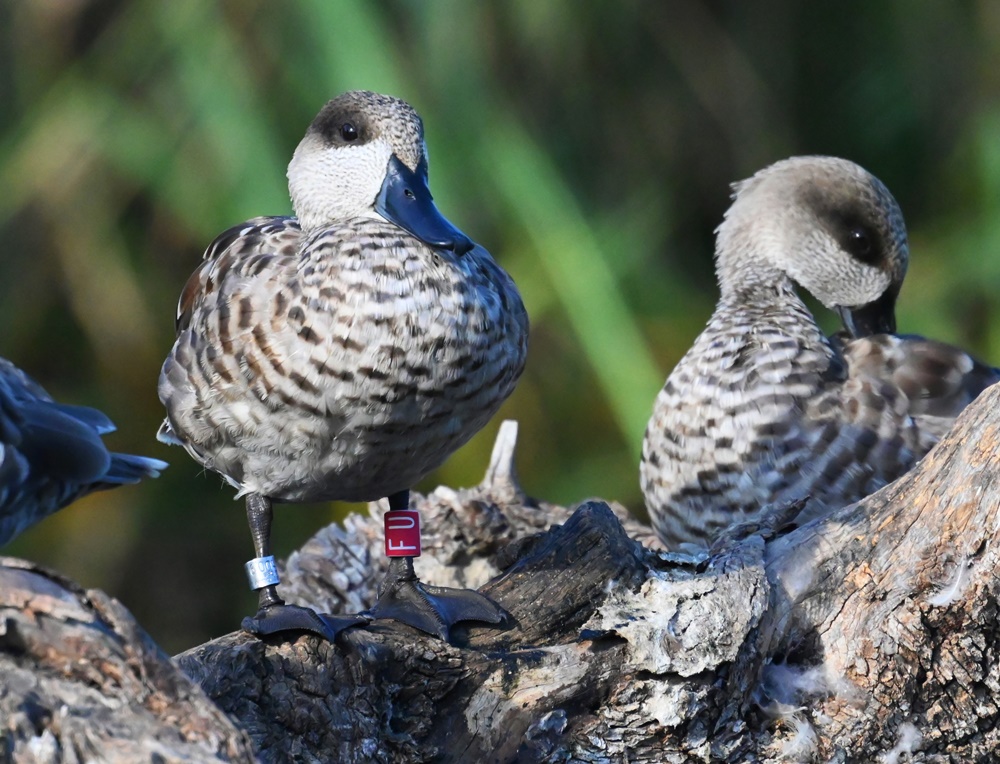 Well that felt a lot longer than nearly two years, and the frustration of not being able to visit the Costa Blanca was tempered by the knowledge that sooner or later I would be back. One of the things I promised myself was that when I did return, my next article for the GA Advertiser would be about the first bird I saw on my return.

I had to do a quick reverse on that promise, as I don’t think you would have been interested in House Sparrows or Starlings which of course are abundant around everyone’s house, but my first trip down to the Clot in early September found one of the big success stories of the pandemic shutdown – the captive breeding programme of the endangered Marbled Duck, and the results were immediately evident! Sitting on a log in the scrape area of the Clot were at least six of these birds, with more cruising around on the water.

At the height of the pandemic in 2020. a group of 30 of these rare ducks were raised in the Clot in protective cages. Some of you may have seen the video posted on the Clot de Galvany Facebook page showing how these birds were released in the Spring under the auspices of the Elche Council Environment Department in collaboration with the Valencian Wildlife Service – this was just one of the captive breeding sites in Spain.

You can’t just release rare birds and hope for the best – you have to make sure that the conditions are right for them to live and breed in the area, and to this end it is evident that a lot of work has been done. Marbled Teals have specific requirements including medium sized pools with plenty of reedbed cover, and the area known as the scrape (the patch next to the Charco pool) has been deepened from its previous shallow state whilst preserving stands of reeds to provide cover. You may also see them on the Charco pool, but they generally avoid the large central lagoon. You will also notice that nesting boxes for these birds have been erected in suitable areas.

Some of these birds are migratory, wintering from North Africa down to the Sahel south of the Sahara, but a fair number of them will remain in our area throughout the year. The greatest dangers to them are loss of habitat, and more depressingly they are being shot by hunters who know neither that the bird is fully protected, nor indeed exactly what type of duck they are aiming at, and the poor Marbled Duck is a very easy target.

A final thought on the chap in my picture – eagle-eyed readers may have noticed that he is wearing a slightly unfortunate leg ring. Let’s hope he doesn’t accidentally migrate to the UK, where although he would be a welcome rarity, he might also become an object of derision…

You can see more photos of our local wildlife by visiting https://marketheridge.smugmug.com/ 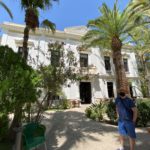 OASIS IN THE DESERT Previous
Complete Madness @ Miley O'Rourke's Next 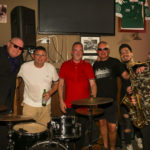