RENTAL AGREMENT REACHED WITH THE OWNER

The Club Captain Chris Merry and I were delighted to be able to advise Members that as from 1st October we have concluded and signed an Agreement with the Owner to rent the rink and additional facilities to enable bowling to continue at Monte Mar.

The discussions were extended as a result of the virus, but we believe we can now look forward to a positive for Monte Mar Bowls and Social Club. We will of course keep Members informed of subsequent developments and look forward to their continued support.

Despite all the restrictions everyone has had a good time participating in the Friday night competition, held over six weeks. As always it started out for fun but everyone is competitive so it soon became a competition!!! The last match was played on Friday 25th September and the winners were Graham Smythe and David Yarrow both with fifty seven points, Ian Hamilton was third with fifty four points. All the matches were great fun, followed by some excellent meals and of course drinks in bars and restaurants in the square.

The monthly chicken run was nearly back to normal with thirty players taking part. All the present restrictions were still followed by all players. We also had a table top sale which was well supported, all proceeds went to the club funds. The football card was won by Howie, thank you to all for your support. The ladies chicken was won by Pauline Merry with a very good score of thirty four shots. The men’s chicken was won by Dave Yarrow, the men’s eggs were won by Gearge. Debbie playing her first chicken run won the ladies eggs.

Wednesday 30th September saw Monte Mar playing the first league game of the season. Because of Covid 19 we could only played six rinks of pairs. The present Protocol was followed very well by all the players. We were at home against Quesada and had a very tough match, winning on one rink well done to Sheila Roberts and Phil Goble.

After the match we all enjoyed a lovely meal and a few drinks at the Belfry, after the meal Ronnie thanked everyone and announced the winner of the football card, the team was Man City and the winner was Danny King.

A three wood mixed pairs competition was held at the club. This event should have been staged in the Spring but was delayed due to Covid-19. Twelve teams entered the competition, playing two games against drawn opposition with the results entered onto a master score sheet. At the last moment a scratch team of two men was co-opted for the competition as a result of illness, their score was discounted as it was not a mixed team. After the game we all went to one of our sponsors, La Piazza Restaurant for a meal. This was followed by Club Chairman, Chris Harding announcing the winners, Lynda Saunders and John Hunt and presenting them with a bottle of drink each. Joint second were the teams of Wendy and Iain Sheridan and Wendy Latham and Paul Dodd. The day was enjoyed by all who took part. 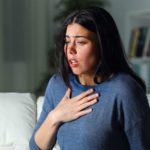 Dealing with panic attacks Previous
2021 CHALLENGES: BREXIT AND CORONAVIRUS Next 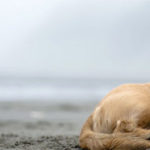