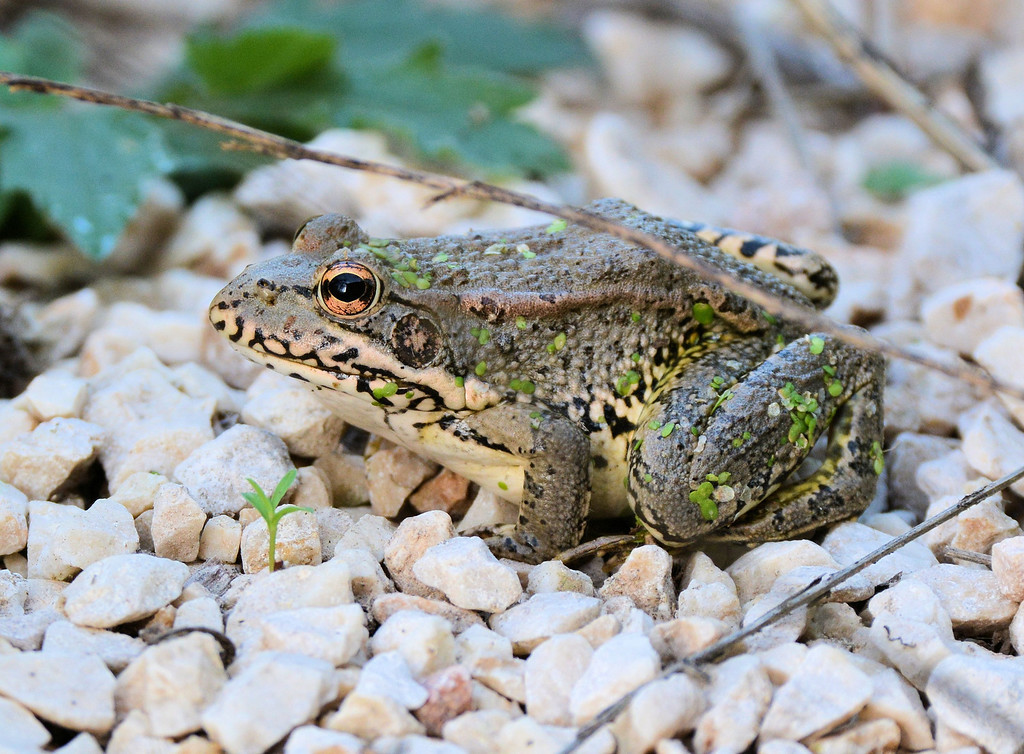 I appear to have been quite fortunate – one of the downsides of getting older is the gradual loss of the ability to hear sounds in the higher register, meaning that some birdwatchers of advancing years cannot hear the high-pitched calls of the smaller birds. Fortunately, I am still able to hear them, but even with some degradation, most people will be able to hear the cacophony which occurs regularly in the Clot, which I suppose we will have to call the “Frog Chorus”, a noisy mix of rattling croaks, groans and cackles which can occur at any time of the day or night.

The culprit is the Iberian Water Frog, which occurs in Spain and Portugal as its name suggests but it is also known as Perez’s Frog or Iberian Green Frog. Its name in Spanish is Rana Comun, which indicates that it can easily be found in the right areas.

The Iberian Water Frog isn’t fussy about its habitat and is found in ponds, lakes, reservoirs, rivers, marshes, and just about anywhere there is freshwater. It is often found breeding in garden ponds and also in water tank reservoirs made for farm irrigation. I have seen several in the Viveros Victor Garden Centre just to the south of La Marina, where there is a small water garden display, although they are difficult to observe as they immediately dive under the water at your approach! It also lives in southern France and has been successfully introduced into the Canary Islands, the Azores and Madeira, as well as the Balearic Islands. It is also reported from a couple of sites in the UK where it has been introduced and is surviving.

The Iberian Water Frog is usually some shade of green or brown as an overall colour but sometimes blueish specimens are found. They also sometimes have a yellowish line down their backs, but what we can say with safety is that they are very variable in colour! My photo shows a typical example, the bright green bits are actually water weed!

They feed on the usual frog diet of insects, larvae and some vegetation, but unfortunately for the poor Frog it is an important part of the food chain in the Clot, providing a fairly easy meal for Herons, Bitterns, Egrets, Ibises and Marsh Harriers. The tadpoles are also taken by Kingfishers – the recent water improvements may have allowed these birds to breed in the Clot this year – as well as Ducks, Moorhens and Coots. It is just as well that each female produces literally thousands of eggs each year, and just enough survive to maintain the population.

One of the strange things about this Frog is that it regularly moults; that is, it sheds its skin. I hope you’re not reading this at your dinner table, because I can tell you that it eats this discarded skin – not quite as gruesome as it sounds, because the skin still contains some important nutrients, and why let it go to waste? 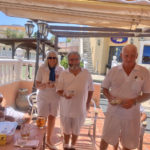 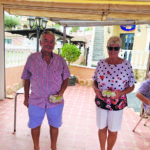