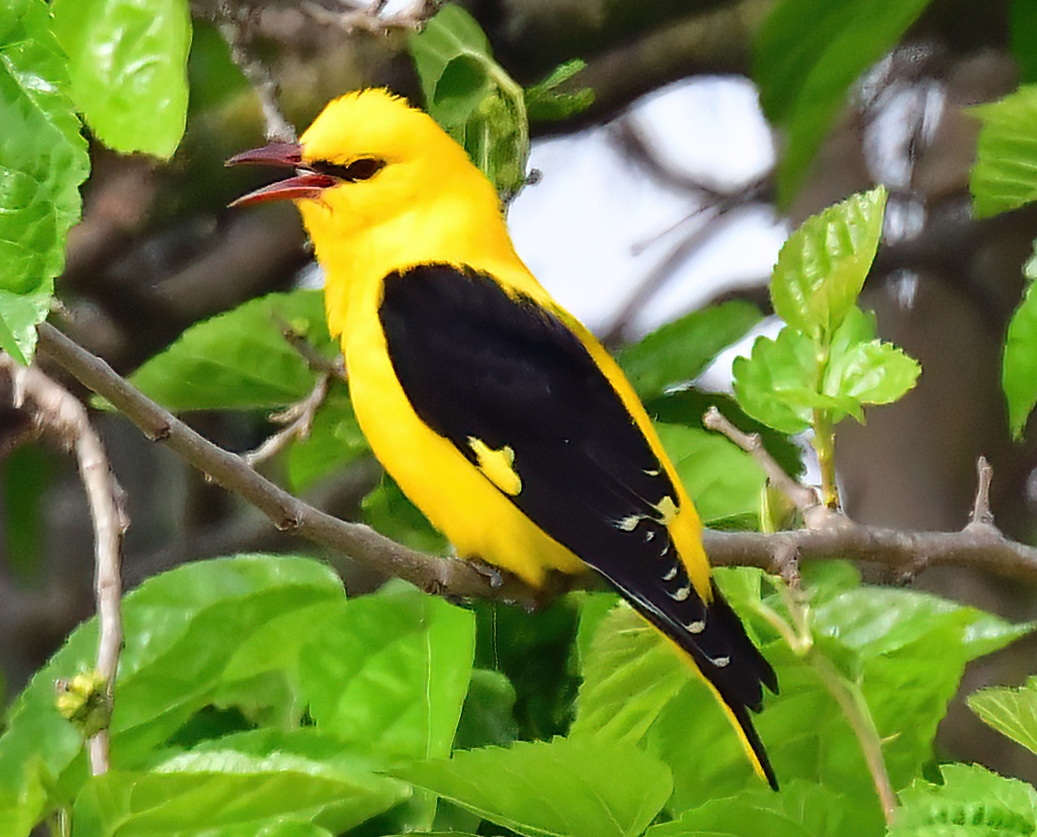 Ever since I became interested in birds at a very early age, one species which I always wanted to see was the Golden Oriole. In the UK, they are an extremely scarce bird, and although I managed to visit the right sort of areas for them, I never found one.

Fast forward to 2009, when we first came to mainland Spain – lots of fabulous birds to see which I’d never seen before, such as Rollers, Bee-eaters and Hoopoes, thanks to some local experts who guided me around the area. I asked them about the Golden Oriole and they laughed.

It turns out that it is fairly common in the right areas here, but are the very devil to see. Despite the dayglo plumage, Orioles have a nasty habit of hiding high up in thickly leaved cover, and all you ever get is the sound of the call, which is a very distinctive flutey song. I first heard it in about 2012, way off in the distance, and that was that.

In 2016, I was taken to a reliable Oriole site by a birding chum, and they were tootling away high up in the canopy. All of a sudden, a golden dart dashed overhead, and that was my first ever sighting, no more than a 2 second view. Four years later, I went back to the same site, and had the huge fortune of spotting one high up in a distant dead tree, which I managed to get a couple of very poor shots of, I had to over-enlarge the result but it was clearly identifiable, albeit just a yellow and black Starling-sized blob.

And so to May of this year, when Bryan Thomas, myself and another visiting birder went to Benejuzar between Guardamar and Orihuela. Along the banks of the Rio Segura, we caught sight of one in a distant tree, and managed to inch a bit closer.

For the next twenty minutes or so, we had the unprecedented experience of watching and photographing a stunning male bird, which confounded the conventional wisdom that Golden Orioles never, ever, show themselves for any long period of time. My photo is one of the best of over 300 shots which I took at the time. When the bird eventually disappeared, we spent the next 5 minutes whooping and high-fiving each other!

No, you probably won’t see one in the Clot, although you should never say never – one was seen a few years ago behind one of the Gran Alacant urbanisations up the hill, proving that anything can turn up anywhere.

The Golden Oriole is one of the jewels of the bird world, and needs as much effort to find as searching for buried treasure.

You can see more of the birds in our area by visiting my site at:
http://marketheridge.smugmug.com/
See you next month. 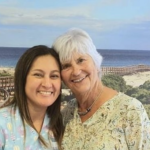 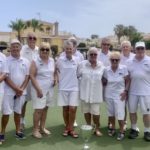