I have never been, and never will be a conspiracy theorist.   I’ve always felt governments are generally honest, but I now have my doubts.  I have also lost faith in the news media who seem to have become a mouth piece for the government.

COVID came and destroyed many lives and businesses. We were told to isolate, to quarantine, to keep our distance and to wear masks.  Important precautions!  “SAVE OUR NHS” was the call and Intensive Care Units across the globe were filling up with COVID patients at the expense of those who also needed it.

It was pretty clear from the onset that COVID was not about wiping out the human race, but about destroying the healthcare system.  So the answer was simple, given that illnesses don’t tend to magically disappear, create a vaccine that protects the most vulnerable, those who were filling up the ICU wards.

Now oddly in the early days a Florence Nightingale emergency hospital was built.  But to the best of my knowledge was never used.  Anyone know why?  Has the media asked that question?

Anyway, shortly before Christmas the vaccines appeared.  Some have queried the speed they were created.  Not a conspiracy, merely what happens when a pandemic is in danger of destroying the Western economies and you dangle the incentive of billions of dollars to the winning vaccine.

So we all thought, the beginning of the end. The UK was off the blocks like a rat up a drainpipe. The EU somewhat slower. Priorities were different. In the UK age order, here in Spain cherry picked vulnerable professions like carers teachers etc before moving onto ages.

Now maybe I’m a simple chap, but on the presumption that within those figures, the most vulnerable are included, why oh why are the travel restriction between Spain and the UK still in place?

Given having the vaccine does not stop you carrying the virus, shouldn’t we here in Spain be more cautious of the British?  But no we correctly now welcome them with open arms. Those that may suffer most from infection are now protected.

This surely is true now in the UK. Is there something else going on? I’m thinking that little thing called BREXIT.

Old Boris, who despite his wealth and position still seems to struggle to find a hairdresser, I am convinced has an agenda.

I, as a UK passport holder and fully vaccinated, feel discriminated against.  Having seen no family for over a year being denied unless I can pay through the nose and lock myself away for 10 days from the country of my birth.

To add insult to injury the press has become the mouthpiece of government. Where are the questions? Where are the challenges? Who is asking the government WHY if we are vaccinated can we not return to normality? WHY? WHY? WHY?

Sadly, I don’t expect an answer. Too many people have become timid sheep. Time to question.

Reasons to be Cheerful 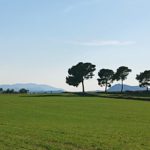 Home Turf: Wine Country Previous
VETS – WHAT THE PANDEMIC HAS TAUGHT US Next 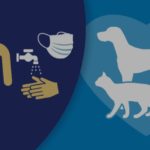