Did you know that Alicante has the oldest remains of wine production in the Iberian Peninsula and one of the oldest wineries in Europe? The Alicante region is home to a wine producing tradition that stretches back over thousands of years. The province is home to vineyards and bodegas with a growing reputation at the forefront of Spain’s renewed viticulture. A little bird told us that the readers of Gran Alacant Advertiser were thirsty for some local wine so in the last month we visited one of the largest and most well-known local producers, Enrique Mendoza, as well as making a visit to the province’s famous “little Tuscany” The Alforins valley to taste some of the artisanal wines produced in that area.

In Alfaz del Pi, just a few kilometers outside Benidorm the wine producer Enrique Mendoza has its visitors’ centre and tasting rooms. The business actually grows its vines 60 kilometers inland near the town of Villena, where Juan originally comes from and where the soil and weather is particularly well suited to grapes. Contrary to the popular image of wine businesses being ancient family concerns, Enrique Mendoza was started only around fifty years ago and is now managed by the second generation of the Mendoza family. The family has a commitment to employing the most modern and sustainable production techniques combined with local wisdom. The company’s products are found in wine menus in many local restaurants and bars but it also exports Alicante wines all over the world. We joined an English language tour led by one of the company’s in-house experts. The tour started with a descent to the deep concrete cellars containing the huge oak barrels slowly aging future vintages. Our guide explained the various types of barrel used for different wines and the link between Spanish wine producers and Scottish whisky distillers (the distillers employ used wine barrels to age whisky thereby giving it an Iberian richness).  We then moved to the trial vineyard where different varieties of grape are tested and methods of cultivation developed.

The tour continued with a tasting session held under the shade of trees in the grounds of the bodega. We were expertly guided through the various white, rose, red and sweet wines produced by Enrique Mendoza, observing the different tasting notes and characteristics of each wine. The tour was rounded off by a visit to the bodega shop with an opportunity to purchase wines. The tour and especially the tasting is highly recommended for anyone interested in wine or simply willing to have a good time.

Alicante also offers wines from smaller artisanal producers and to sample these we had headed inland from the coast to the wine town of Fontanars del Alforins. Fontanars belongs to the Valencia province but borders with the province of Alicante, only 60 kms from Gran Alacant. This delightful town sits in a beautiful valley known locally as “little Tuscany” due to its rolling vineyards and numerous stuccoed bodegas. The valley produces numerous wines and Fontanares contains wine shops stocking many of the local products. On the day of our visit the broad main street of the town was occupied by the weekly Sunday market and also that powerful symbol of Spanish rural life, a group of riders mounted on magnificent horses; we were clearly a long way from the Costa!

In a local wine dealer situated in a restored warehouse, La Caudalía, we were invited by the staff to sample some of the local wines and vermouths and we subsequently exited with two cases of assorted local wines, as you do!

The area surrounding the town is one of the most beautiful in Alicante. It is a broad sweeping valley liberally scattered with vineyards and small country manor houses built in beautiful classical styles; indeed, very evocative of Tuscany and quite unexpected in Southern Spain. We highly recommend a visit to Fontanars and a drive through the lush wine country surrounding the town.

Anyone with a taste for wine will enjoy either the bodega tour at Enrique Mendoza or a day out in the Tuscany of Valencia and its surrounding countryside. However, even those who are teetotal will appreciate how taking an interest in the local wine production reveals our region’s culture, history and landscape as well as an important part of the local economy and way of life. 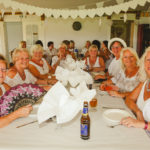 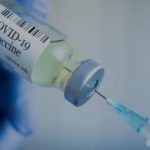