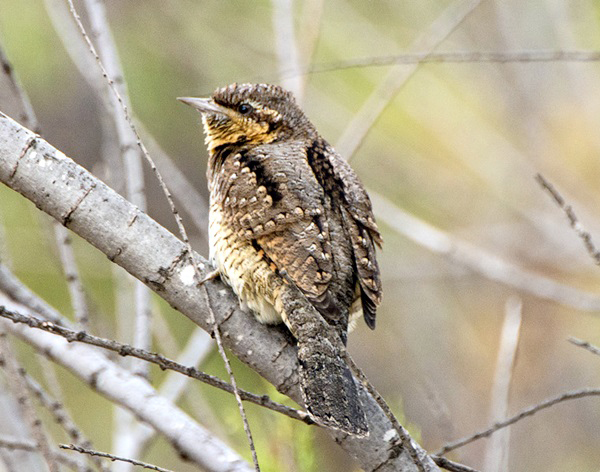 If you happen to be chatting to a birder, either socially or out in the field, and you ask him about the best birds he’s ever seen, he may at some point look wistfully into the distance and mumble something about a Bogey Bird. You might wonder what sort of bird this is, and rush home to look it up, but you will find no reference in your Bird Guide to a Bogey Bird – either here in Spain or back home in the UK – and you will think he has been pulling your leg.

Well actually he hasn’t. A Bogey Bird is in reality one of the commonest birds in the world, and can be any one of several hundred species. The point is, that your birding friend knows all about it, he can describe it to you in minute detail, he knows where they can be found, but – and this is the important bit – he’s never actually seen one.

Experienced birders will know what I mean. They always arrive at a hide five minutes after everyone else has had a nice close-up sighting, or worse still a friend will tell them “you should have stayed a bit longer, there was one here just after you left!”, and they grind their teeth in frustration and despair. I myself am not immune to the phenomenon of the Bogey Bird, I have several including the Hawfinch, which I am beginning to suspect only exists on the pages of Bird Guides, and until this November, the Wryneck.

Actually, I’m telling a fib. I have had previous sightings of a Wryneck, but they have always been very fleeting or very distant, and I can never be sure that the indistinct brown shape was really one of these elusive birds or my mind playing wishful thinking games with me. But during November, I had my best-ever and prolonged sighting of one of these birds down in the Clot at the Marsh Hide, and I was able to take several good photos of it.

It’s a small bird, a little bigger than a Sparrow, and a member of the Woodpecker family. It is thought that there are one or two around in our area throughout the year, but the numbers probably increase during the winter with migrant birds from the north adding to the numbers. It is a very unobtrusive bird, mostly quiet but with a distinctive harsh “Quee-quee-quee-quee” call. Its strange name comes from the fact that it can turn its head through almost 180 degrees, and will shake and twist its neck quite violently during displays or when it is agitated. It won’t be something you will see every time you visit the Clot, but you should be aware that just maybe, you might see one!

The Spanish name for it is Torcecuello euroasiático, which means “Twist-neck” and its Latin name is Jynx torquilla, which is appropriate, because until last November, it was a Jinx to me – or to put it another way, a Bogey Bird!

You can see more photos of wildlife in our area by visiting my site at: http://marketheridge.smugmug.com/ 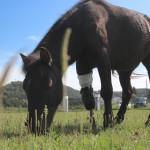 Faith the three-legged Spanish pony dies, prosthesis... Previous
How Do Animals Fall In Love? Next 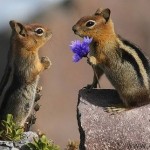