How Do Animals Fall In Love? 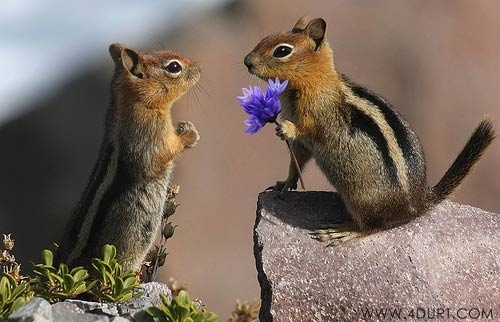 One of the facts which February implies is Valentine’s day, so in this article we are going to write about how do animals “fall in love”. Most people know the way dogs and cats reproduce. Female dogs usually have two seasons a year, and sexually active period in cats starts in January and finishes in June (that is, when days are getting longer). In both cases, males don’t have a “season”: they are just ready when females are. In previous articles we explained the main reason of reproductive seasons is to make possible to raise the offspring under the optimal conditions of weather and availability of food.

Other animal species reproductive habits are not so well known. Sometimes, we even misunderstand their mating language because it may look like aggression. In case of turtles, males move their head just like they are “nodding”, and then they the head to hit the female. That’s the way he is demanding her attention. If everything goes ok, a few days later, the female will lay (and bury) the eggs. In case of turtles, their parental tasks end here: the babies will be able to eat and take care of themselves immediately after breaking the eggshell. We have heard sometimes that a turtle has “attacked” somebody by hitting his shoes with the head, and even hitting a stone. Well, that’s not exactly an “an aggression”…

Another interesting case is hedgehogs. They are very common in this area, and usually live in dry habitats: sand hills, bushes and urbanizations. Hedgehogs don’t create permanent couples. When the female is in season and a male meets her, he starts the courtship ritual which lasts for 1-2 hours, for making her relax. In case of a female hedgehog “relaxing” implies her spines are not pointing up but “combed” in order to not to hurt the male during the mating. After 90-120 minutes, the mating is finished and male and female follow their way. A few weeks later the female will have the babies (there are some videos available in youtube) and will take care of them till they are independent. By the way, the babies are born with their spines under the skin for avoiding any damage to the mom during the delivery.

For us, the most special case is swifts. Those birds have practically no legs, only feet. This means they have claws for gripping rocks or walls, but their legs are not developed enough for walking. Their wings are much longer than their legs. So, how can the male tread the female? Well, swifts only solution for almost everything is flying. Swift is probably the only species which eat, sleep and mate while flying. They use holes at the rocks as a home, but they are unable to build a nest. The female will lay the eggs in the hole at the rock, and the chicks are raised by both parents. When the chicks are strong enough and their feathers are enough developed, they just jump from the nest and start flying (they don’t need to be taught). They will spend their first year of life in the air, without landing. Swift couples are together for life. 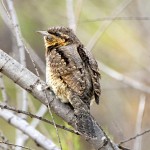 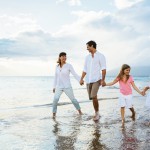