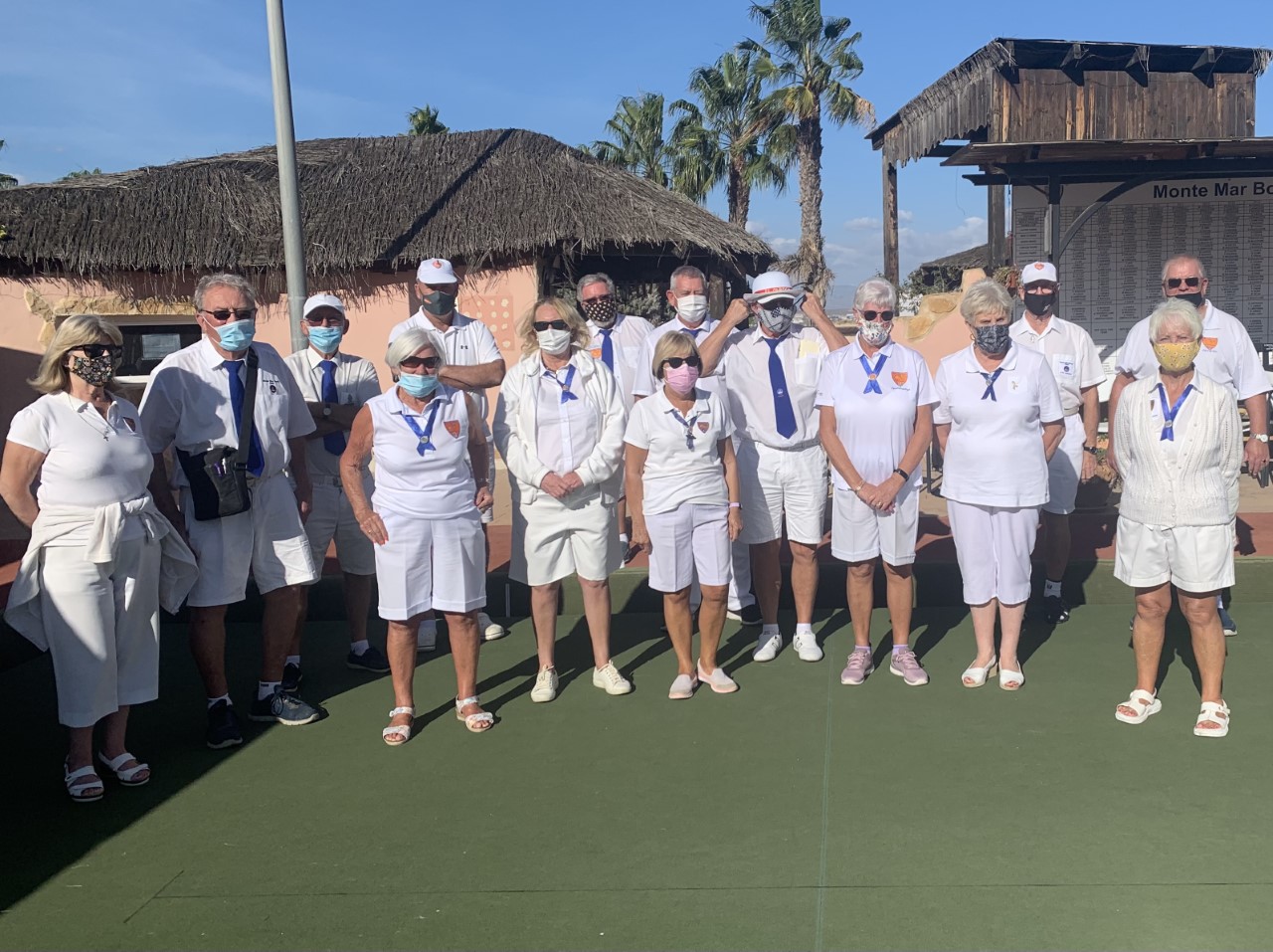 Saturday 21st November saw the annual Captain v Chairmans match. So many members wanted to play that some members could only play nine ends. After a great morning’s bowling the Chairman’s team won on three rinks losing on two. The Captain presented the Chairman with the cup followed by a presentation to the best rinks in both teams. The Captain and Chairman expressed there thanks to everyone who played and in particular to Tanya Oliver and jack Burrell who sponsored the match, and Ted and Val Hyman who donated the prizes for the two best teams.

After the presentations fifty-one members retired to the Belfry for a very good lunch and a few drinks to round off a great Club day.

Due to the COVID the Wednesday winter league was cancelled, so Diane and John are running a five-week competition. All who wanted to play were randomly selected to play four of the five weeks. On the day the rinks and teams are chosen from John’s hat!!! All matches are trips; the points scored are individual and are carried over the four games. The person with the most points will be the winner. Watch this space for the results next month! The tradition of the Winter League is to have a meal afterwards and Paul and his staff at the belfry have provided an excellent carvery for the bowlers every week.

The annual turkey chase was held on Sunday 29th November and what a fantastic day it was. We had so many members wanting to play we had ten couples playing nine ends each so that everyone was able to play. As whites were not required most members were in fancy dress with a Christmas theme. After a fun morning of bowling the Turkey Crowns were won by Wendy Sheridan for the ladies and Graham Smythe, after a play off against Jim Shearing for the men. Peter Steenhoven, Julia and Ian Hamilton won the eggs. As Julia and Ian with the help of their chickens donate the eggs each month, they auctioned the eggs off. Thanks to Sue and Les Bounds, Jean and Rod Chamberlain, Joan and Chris Harding who donated the Turkey Crowns. In addition to the bowling we held a table top sale, football card and sold the last of the Xmas draw numbers, all of which generate income for the Club Funds. When presenting the Turkeys to the winners the Chairman thanked the organizers of the chicken run, Joan Harding and all members who had helped her. This rounded off another great Club day.

On Sunday 6th December fifty eight bowling and social members attended lunch at the Portico Mar restaurant and what a wonderful time was had by all. Everyone enjoyed a delicious meal and the wine flowed freely. After lunch the Annual Christmas Draw took place and the winners of the hampers were Jan Wright, Val Hyman and Gina Hindle, the Euronics Voucher and Whiskey was won by Phil Goble. Thank you to everyone who participated and a special thank you to the ladies of the social commitee for all their hard work and organizing such a wonderful day. 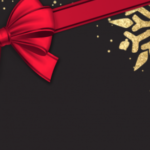 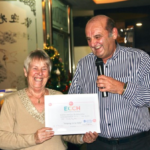