Works of a master … 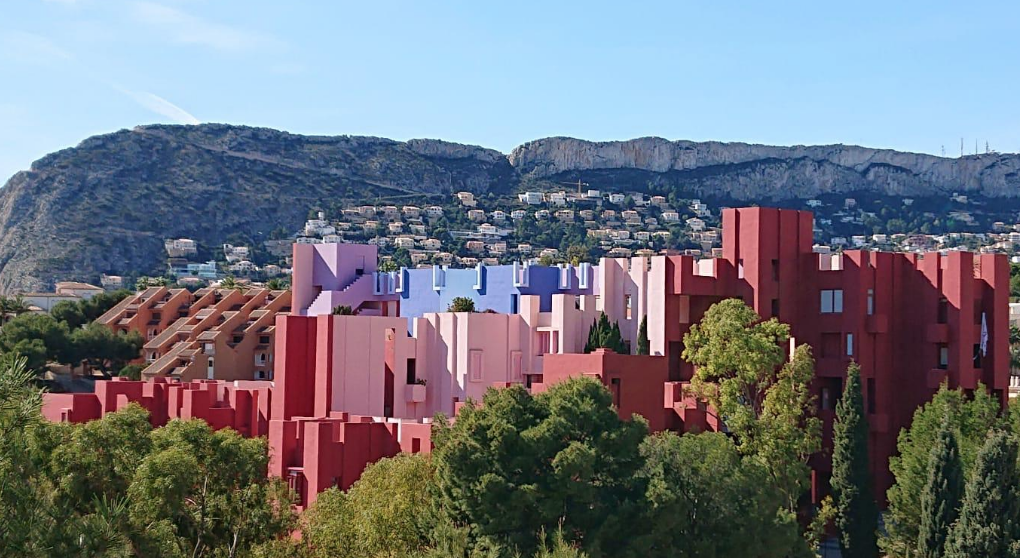 During lockdown number 1, stuck in our flat in London, we sought out pastimes that didn’t involve simply staring at a screen. Baking bread and yoga with Adriene became regular parts of our lives. Prompted by a sponsored post on Instagram we ordered a jigsaw. This jigsaw however was not one of a historic scene such as a country cottage. Instead the all powerful Instagram algorithm suggested a jigsaw of a striking red modern building glittering under moonlight.

The building in question is one whose image has become widely known through exposure in adverts, lifestyle media articles and social media posts; its name is La Muralla Roja (The Red Wall).  The building’s striking appearance composed of geometric blocks of bright colours set against the backdrop of Mediteranean sea and sky has suited it perfectly for the hyper visual age we inhabit.

And this glamorous and world famous structure is in fact only a short drive up the coast in Calpe (Cala La Manzanera).

For all its contemporary fame the building is actually quite old and much more interesting than for just being a pretty Instagram image. It was completed in 1973 and is part of a set of three adjacent buildings in Calpe designed by the renowned Spanish architect Ricardo Bofill. The adjacent buildings are called Xanadú and Anfiteatro. Both of these other buildings are fascinating and enjoyable, however it is La Muralla Roja that has become the star attraction with its sister buildings as supporting acts. To understand and enjoy this enigmatic and somewhat confusing building it is necessary to know a little about its architect and his inspiration.

influences from the entire Mediteranean. His spectacular career has spanned over 50 years and his practice has designed more than 1000 projects, a huge number for any architect. He is recognised as one of the most prominent architects of his generation alongside figures such as Foster, Rogers, Stirling, Piano, Gehry and Rossi.

The historical mediteranean architectural influences in his designs are strikingly obvious and he claims it is an authentic response to the location of his European and North African buildings. The three Calpe buildings  each draw on Mediteranean architectural history in different ways; Xanadu is derived from the form of a castle whilst Anfiteatro is neo-classical and designed around a Greek amphitheatre form. La Muralla Roja, is intended to take the form of a North African kasbah with a complex of winding alleyways and roof terraces contained within blank external walls. The use of bright colours, especially deep red and light blue, also suggests the historic cities of Morocco and Algeria. It is the visual charm of this combination of interlocking layers and structures with beautiful colours that has given the building its popularity as a subject for photography.

Whilst clearly of its period the building has retained a freshness. The renewed interest in the building in recent years has probably been fueled by a growing interest in modernist architecture. This is odd since Ricardo Bofill became best known in the 1980s as a leading exponent of postmodernism and his later work has been the subject of criticism for lacking sincerity. However, La Muralla Roja has become loved and admired and this may be because the forms of vernacular Morocan building that Bofill drew upon for its design combine so well with the modernist styles that have now become newly fashionable.

We are indeed lucky to have such important work by a major architect on our doorstep and we hope that you are inspired to include the Bofill buildings in your next visit to beautiful Calpe. All three can only be admired from outside since they are private homes and should be respected as such. There are also numerous other Bofill designed buildings in Spain and abroad, please look them up and decide for yourself what you think of them.

We shall certainly be seeking out more  of his work once we can travel properly again. 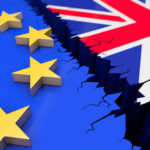 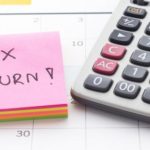