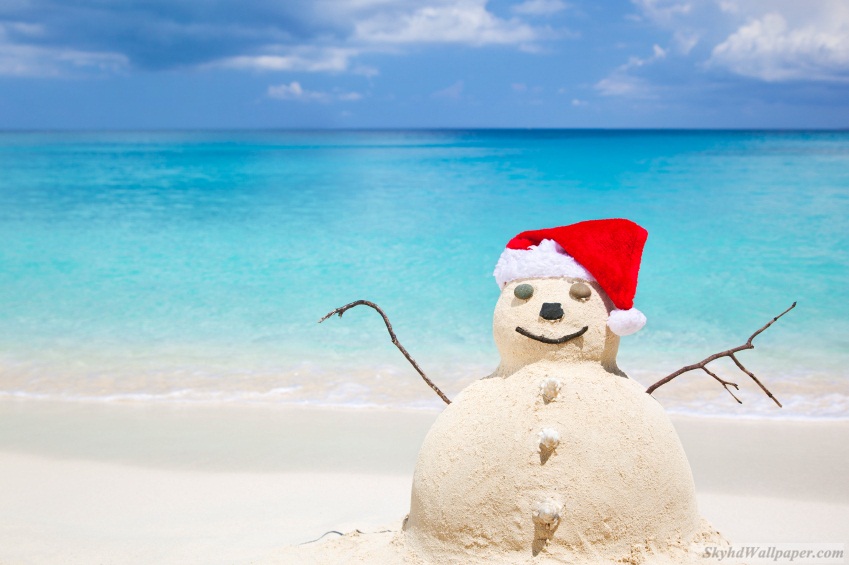 Is winter finally at an end? Well, lets hope so! One of the reason’s any of us decide to move to foreign shores, has a lot to do with the weather. Coming from the United Kingdom, I have been used to the harshest of conditions as well as the best of summers, whilst living on the South coast of England. Here the temperatures rarely fall too low; I enjoyed the frosty mornings, brisk walk to work and at least had the luxury of a well heated, double glazed and insulated home. It is a pastime of us Brits to moan about the climate; it’s one of those things we do well. During the last few months of winter, all of us, who live in Gran Alacant, had a lot to moan about. It was a little bit more British than usual, as those residents who had stayed here and not returned home, expressed with great eloquence, their aversion to the inclement weather, hitting the Costa Blanca.

This is my first year, living in Gran Alacant. I had no idea what to expect, weather wise, when I moved here. I had the usual stereotypical view, of plenty of sun, high temperatures, sat on my balcony, drinking a chilled glass of wine. Of course, like Britain, Spain does have seasons and having arrived in January 2016, I had at least experienced a little chill in the air, nothing I couldn’t cope with and quite happy to endure.

This winter, was a little bit different from the norm, as many of my neighbours told me. First we had the floods. Spain itself experiences on average, 320 days of sunshine a year. Just before Christmas, the Costa Blanca was hit with torrential rain, all along the coast. Benidorm and Torrevieja came off worse, with huge areas of these cities under water, as local services failed to protect homes and businesses. Gran Alacant, did experience its own problems. This was the first time in my life, that I had seen water coming into my house. Windows and doors were leaking, rooms felt damp to the touch and I was forever cleaning mould from the walls. I had never had to do that in Britain and I don’t mind telling you, it was getting me down. I wasn’t the only person dealing with such niggling issues, many of those I live along side, were also cleaning up the mess left behind from bad weather. Everyone commented, they had never known such bad conditions, in all the years they had lived in this area of Spain.

My house faces north, overlooking a ravine. The full onslaught of wind and rain would hit the front of my home, causing water ingress. The houses here are just not built for difficult winter conditions and as a result it can become difficult to tolerate. Standard, homes, in Gran Alacant do not have central heating. With marble floors and single glazed windows, the cold can feel extremely exaggerated. For a few days, while the worst of the rain came down, I was laying towels in front of doors and under windows, to try and stop the worst of the rain from entering the house. With poor ventilation, dampness was also something to be aware of. This wasn’t the Spain I had bargained for, but I am glad it happened during my first year living in Gran Alacant.

In January, down came the snow; Spain does of course experience snow on the mountains, that you can quite clearly see from my house; nothing harsh, just a little inconvenient. Beaches, once again the length and breadth of the Costa Blanca were covered in snow. The last time it snowed here was in 1982 and it had been a hundred years since the coverage had been this bad. The scenery was beautiful and to my absolute surprise, the Spanish coped remarkably well, going about their daily business, as if nothing was happening. Back home in the UK, the slightest bit of bad weather tends to cause major problems. Schools were closed in some areas, transport was slower, but the reality is, Spain got through it.

Like Britain, at this this time of year, the electricity companies were trying to capitalise on the worsening weather. I had just received my bill from iberdrola, it was 110€ for a four week period, which did seem to be at the higher end of normal, for what one would expect to pay, during a typical winter month. A friend informed me, electricity prices in Spain are among the highest in the World and the third most expensive in Europe. I was interested to know why this is the case.

One would think, that with all the good weather, during the summer months, home renewable energy would be the answer to high electricity costs in Spain. Nothing could be further from the truth. in fact Spain is one of the only countries in the World to tax this form of generation. Spain has a huge electricity deficit; in the past the true cost of electricity were never passed on to the customers, so companies have been trying to recoup their loss; the loss factor actually makes up around eight percent of a typical Spaniards bill. From my research, it does seem that Spain was also exporting a lot of electricity to France, as many of its northern neighbours nuclear power stations remained inactive; this did push up the cost of domestic fuel quite considerably.

As winter reached its peak, a friend from my urbanization sent me an email, detailing a new price rise of 33% on electricity and a smaller percentage increase for butane gas, used my many residents to keep their homes warm. What a huge kick in the teeth, during one of Spain’s worst winters in recorded history. Fuel poverty, is a real issue in Spain, and something the Government needs to address, which is unlikely to happen soon. Spain is governed by a coalition, which are primarily concerned about their own self interest and nothing seems to get done.

The bad weather in Spain had an amusing consequence in the United Kingdom, with many supermarkets and shops, running out of the good old British staple, the courgette. Prices, not only of this small green vegetable, but many others, rocketed in cost, due to the ongoing bad weather, throughout Spain, which does supply a large proportion of Britain’s winter vegetables #FirstWorldProblems. I couldn’t help but chuckle to myself, laying under my electric blanket, in my cold house, being battered by wind and rain, listening to the news report, on the BBC. Middle class Mothers, up and down the suburbs, in the home counties of England panicking at the two pound a pound cost, for the green courgette, they can’t clearly do without.

What a winter it has been; snow, wind rain, hail stones, floods, leaky doors and windows; we have experienced the lot, over the last few months. Someone once told me, that you need to live in Spain a full year, to really know if you want to stay. That is one statement I wholeheartedly agree with. Despite or maybe because of the dreadful season, Gran Alacant, continues to feel more like home everyday! 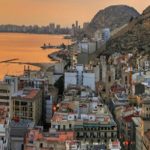 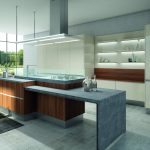