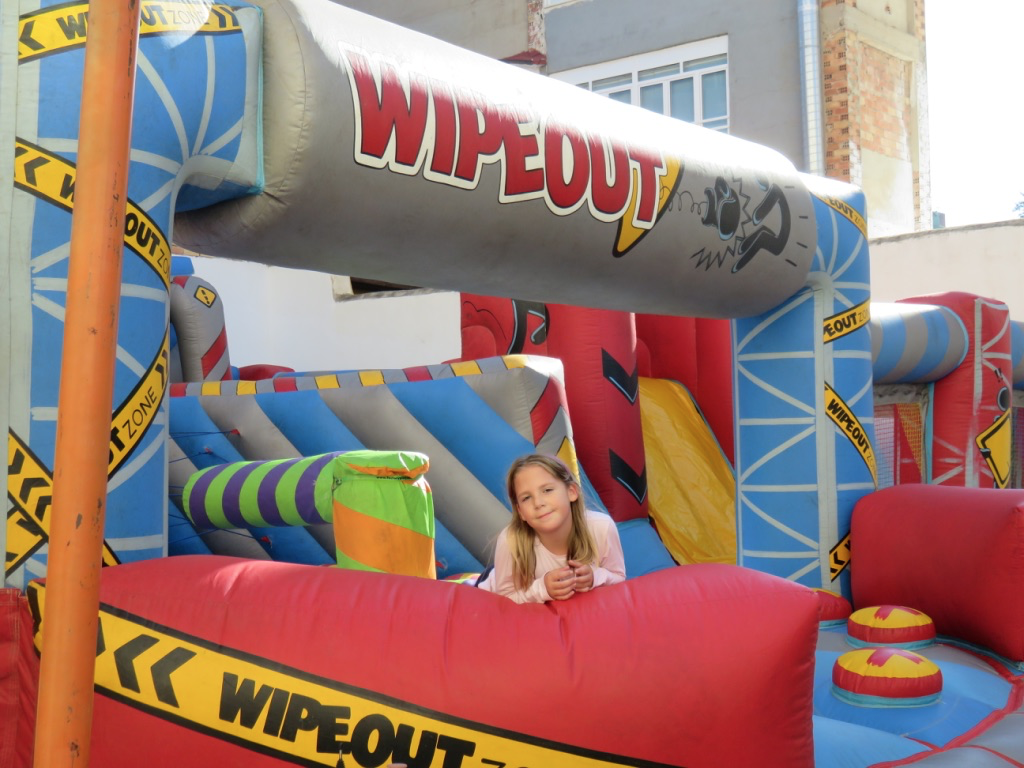 Hi my name is Star and I have been lucky enough to call Gran Alacant my home for over 10 years now. My 9 year old daughter Ashlee and I are often “Out & About” enjoying the local attractions and culture in this part of Spain. Over the next few months I will be sharing some of our experiences with you to encourage you to go “Out & About” yourselves and maybe learn a little bit about this beautiful place we call home.

After the fun Ashlee had in Alicante last Winter at the Ice Skating Rink and Ice slide, we thought that we would go again. This year however, the ice skating rink and ice slide have relocated to the Plaza de Torros (Bullring) in Alicante. In order to save the costs of car parking, we parked at Plaza Mar 2 commercial centre and took the tram 2 stops to the Mercado stop. We met up with some friends and together walked 5 minutes to the Bullring. 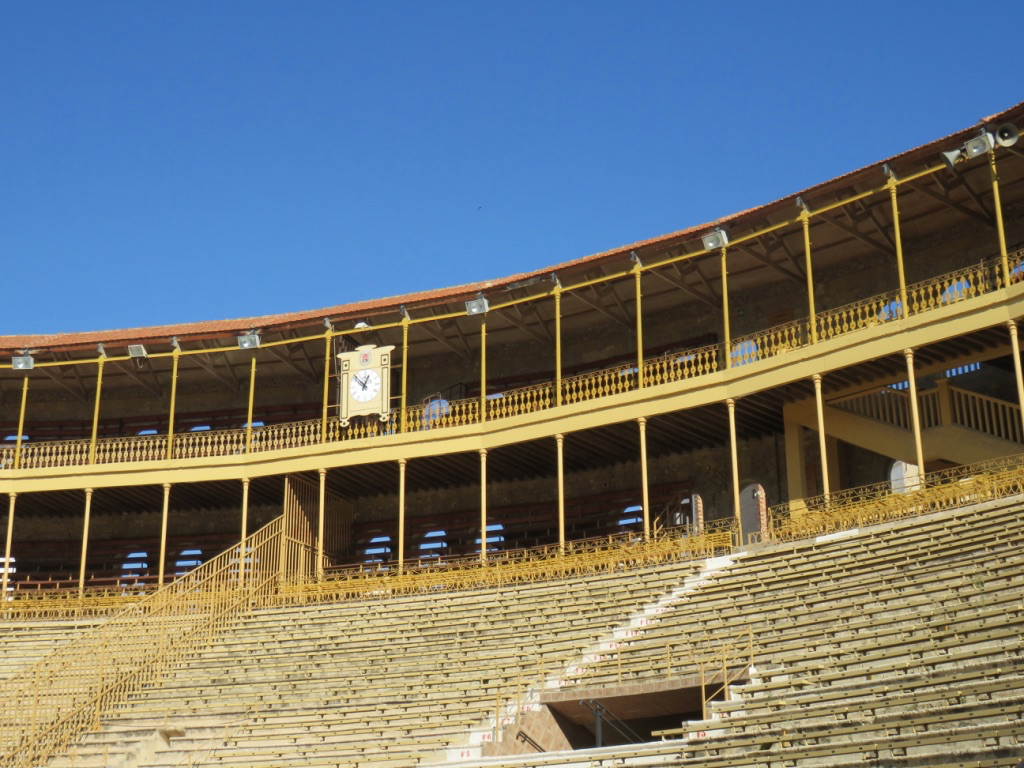 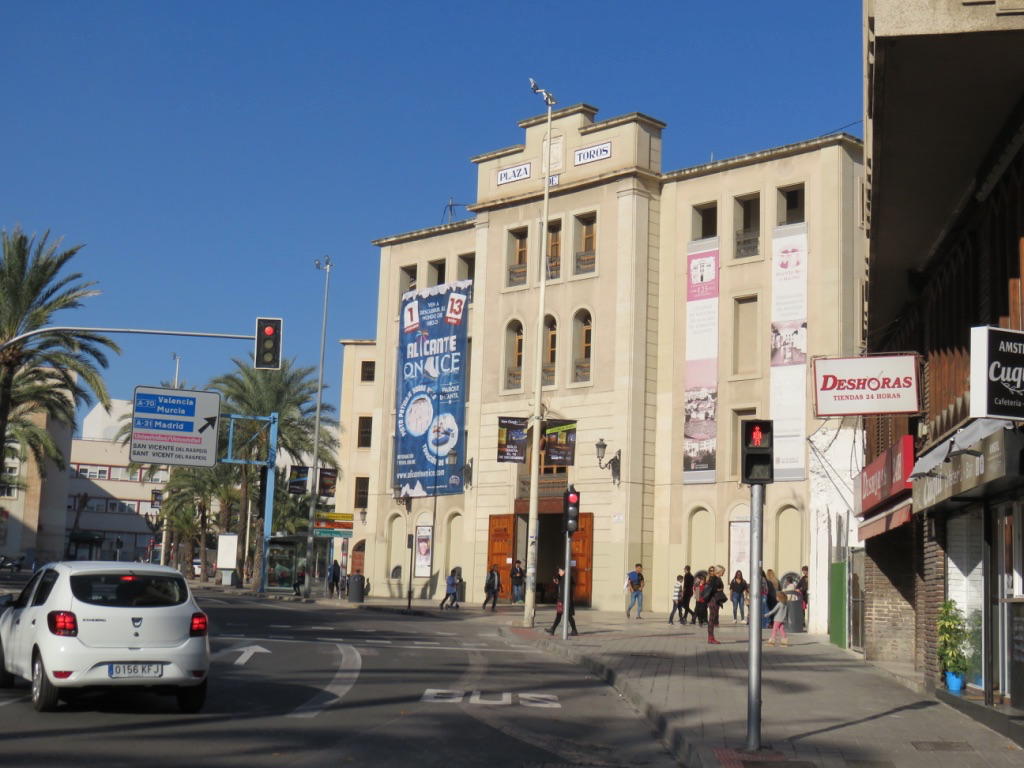 This was the first time that we had been to the bullring, we entered through a side entrance where there were bouncy castles and other amusements for the kids. Beside them was the Bullring Museum, and next to that was the entrance to the spectators area of the bullring. The tiled interior featured some of the most famous Alicante bullfighters and we were led below the concrete seats and emerged in the bullring itself.

On the right hand side we could see the ice slide which was smaller than last years with the majority of the ring was devoted to the Ice Skating Rink, which was much bigger than last years. There were also some chairs and tables and a catering van where you could buy burgers, drinks and snacks. We went to the Ice Rink and bought 10 tickets for €20 which the kids could use for all of the different activities. Ice Skating was 3 tickets and there were no time restrictions, the Ice Slide was 2 tickets for 4 runs down the slide and the bouncy castles were 1 ticket and again there were no time restrictions, which was great. 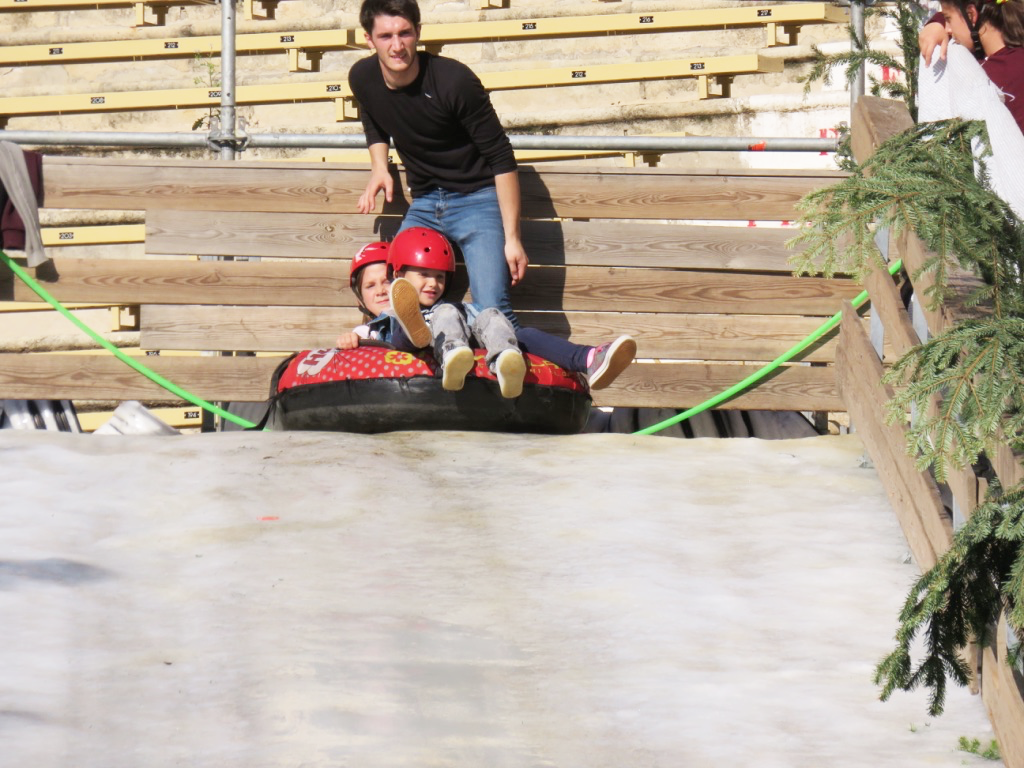 Ashlee loves Ice Skating to she spent some time skating around and trying some of the new skills she´s learned in her Rollerskating classes on the ice. She then joined her friend on the Ice Slide and as they went together on a giant ring, there were able to go down 8 times for 2 tickets. Next was the bouncy castles and one in particular was devoted to the popular TV show “Wipeout” and has various obstacles, slides and jumps for the kids to traverse. Ashlee and her friend spent a long time completing the whole circuit over and over again!!!

We then left to grab some lunch before returning to have some more fun, however, the Ice Slide had closed until the next morning because the Ice was melting in the Sun and the Bouncy Castles were also closing for Spanish lunch time (14:00 – 16:00). I did complain about it as when I researched these activities online, it said that they would be open all day. Anyway, Ashlee decided that she wanted to go back on the Ice Skating rink, which was the only thing that was open all day, and this was actually a great decision because most people had left to have lunch, so Ashlee had the whole rink to herself!!!! 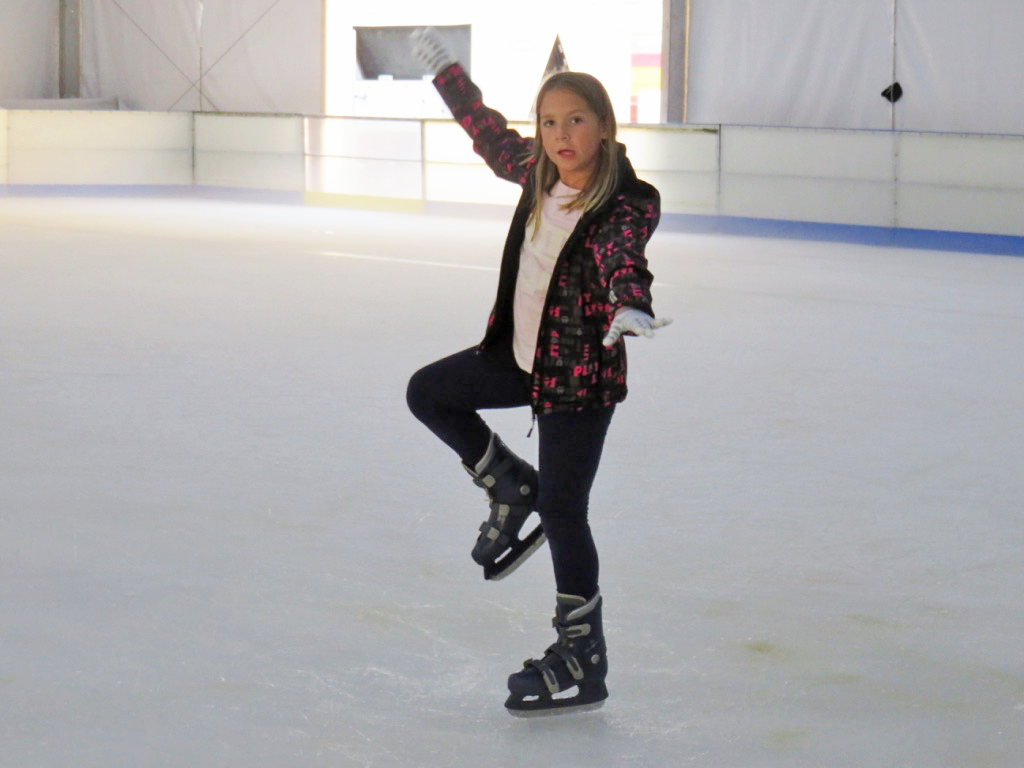 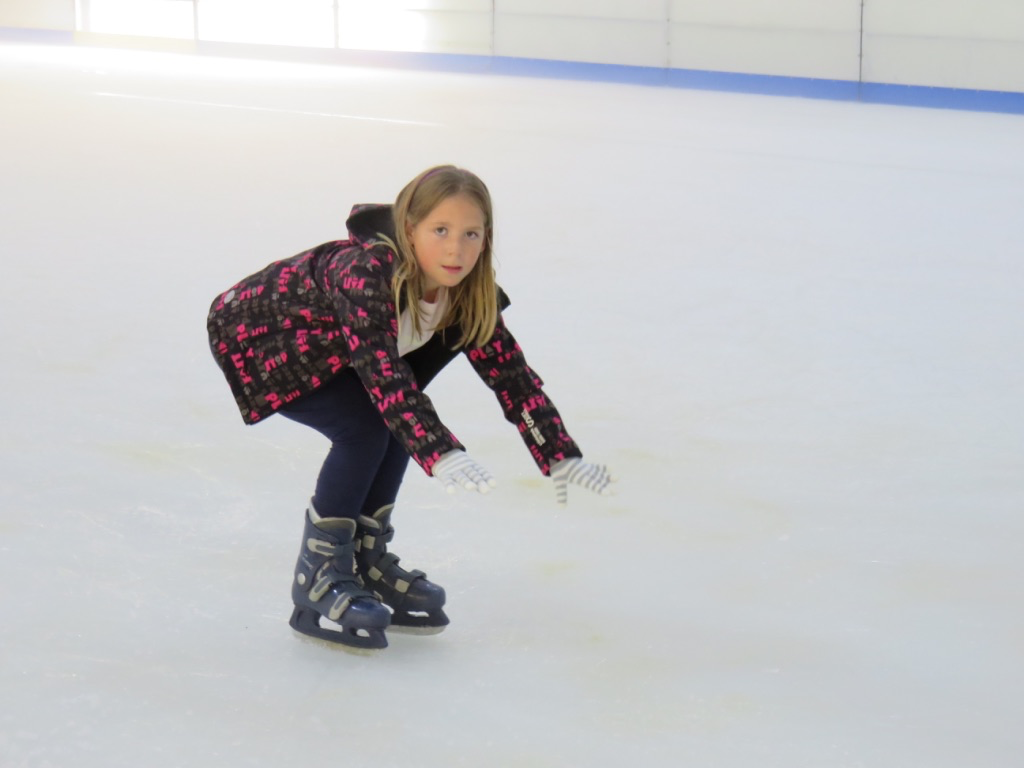 After tiring herself out on the ice, Ashlee and I walked back to the tram station, and when we returned to Plaza Mar 2 we did some Christmas shopping and then headed upstairs to the Kinépolis cinema to watch Ralph Breaks the Internet, in English. It was a great way to relax and finish off a fun filled day. 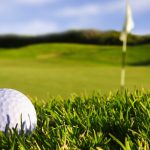