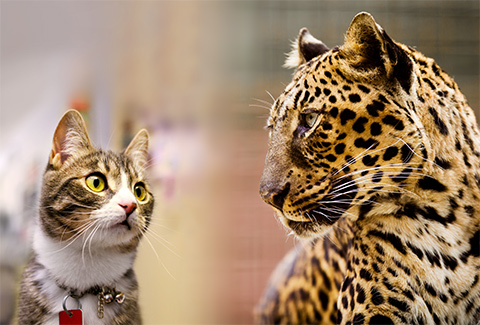 TO REGULATE THE SALE AND KEEPING

OF EXOTIC ANIMALS AS PETS

The Belgian Positive List is designed according to the following criteria:

The Netherlands is in the closing legislative stages for a Positive List for mammals, scheduled to come into force in 2014. The regulation is part of the regulation ‘Keepers of Animals’, which establishes the following criteria to assess the suitability of animals as pets:

Besides taking the animal welfare risks into account, the regulation also prescribes that keeping the animal will not cause an unacceptable degree of danger for humans, other animals or the environment.

THE FUTURE: POSITIVE LISTS IN EUROPE

A Positive List is the single most effective and efficient measure to reduce the suffering of exotic animals being kept unsuitably as pets in Europe. Especially when considering the issues of invasiveness and human and animal health risks, the open internal market makes it crucial to achieve Positive Lists in a significant number of countries.

There are more than 200 million pets in Europe, including mammals, birds, reptiles, fish and amphibians. However, many species, especially exotic animals, are unsuited to a life in captivity. This may result in severe animal welfare problems, and can also be detrimental to biodiversity, have a negative impact on public health, and present a danger to the health of other animals. Therefore, the impacts of keeping exotic pets can have high costs across many sectors.

Rescue centres are increasingly confronted on a daily basis with the problems that stem from this trade. Owners may no longer want their pet because it was an unsuitable match from an impulsive and poorly-informed purchase. Much animal suffering and neglect could be avoided if prospective owners considered factors such as: life span, adult size, social needs, cost of care and veterinary treatment, and requirements for appropriate temperature, humidity, lighting, and stimulating social and physical environments. Such unsuitable matches of exotic pet keeping is the direct consequence of absent or inadequate laws and regulations, which cause a situation in which the demand for rescue is significantly higher than the actual capacity of rescue facilities.

There are several ways to regulate the keeping and sale of exotic pets, but a Positive List (a list of allowed species) is the most effective, concise, transparent, enforceable and economically feasible way.

‘This kind of legislation really works. The Belgian experience has shown that the introduction of a positive list leads to a clear diminishing of the number of animals of non listed species ending up in shelters or rescue centers. There is a very strong support of the general public for this legislation, leading to a strict social control. This in turn guarantees efficient enforcement without a need for extra investments on the part of the public services.’

Certain exotic species may present a safety risk to humans from their predatory, aggressive or poisonous nature. Species such as venomous snakes, pythons, crocodilians, large cats and primates can injure humans through poisoning, biting or clawing. Adult animals can be quite strong and present a risk, particularly to small children.

In 2013, in Canada, two young boys were killed in their sleep by a python which lived in the apartment they were visiting. According to news reports, ‘the snake was housed in a large glass enclosure that reached the ceiling of the apartment. It escaped through a small hole in the ceiling connected to the ventilation system.’ The owner of the snake also owned the pet store located under the apartment.

Health of other Animals

The exotic pet trade may have a serious negative impact due to the spreading of diseases to other animals.

An Egyptian fruit bat imported in 1999 and sold in a pet shop in Bordeaux, France died of rabies two months later. This led to the euthanasia of all animals which had possible contact with the bat and the vaccination of almost 130 people. In 2000, the US banned the import of three species of tortoises that had the potential to carry heartwater disease and could cause mortality rates of 60% in cattle and up to I00% in sheep.

Catching and eradicating invasive alien species, treating people because of zoonotic diseases, the fight against illegal trade and the slaughtering of thousands of farm animals in order to prevent the spreading of diseases generates hundreds of billions of dollars globally. The European Commission estimates the costs of controls and damage from invasive alien species in the EU at 12 billion euros per year (a conservative estimate). Additional costs derive from illegal trade and treating wildlife-originated diseases.

Within the European Union the competence to legislate on the subject of exotic pets belongs to Member States. As documented in Eurogroup’s ‘Analysis of national legislation related to the keeping and sale of exotic pets in Europe’ (2013), where such legislation exists, it is very diverse. Legal provisions may ban the keeping of some species of animals (Negative or black list), or allow only some species to be kept (Positive or white list). Keeping may also requireauthorization in the form of a license.

WHY A POSITIVE LIST AND NOT A NEGATIVE ONE

A Positive List is preferable to a negative format due to its simplicity: a concise list of animals that may be kept provides clarity to owners and enforcement agencies and creates less regulatory bureaucracy for governments. This reduces administrative costs and lowers the judicial backlog currently generated by deciding matters of animal welfare when there is an appeal by the pet owners. Additionally, the Positive List approach has already received support from the European Court of Justice. Negative lists need to be continually updated in a slow and burdensome process as new species are observed being kept as pets, the conservation status of a species becomes critical or incidents occur with species threatening human and animal health and the environment. For these reason, negative lists will always lag behind new trends in exotic pet keeping and shifts in the trade, and create a false sense of acceptability regarding the safety and welfare of keeping certain species.

When the import of red eared sliders (Trachemys scripta elegans) from North America was forbidden in the EU, the yellow eared sliders (T. s. troostii) became popular as an alternative species, and have also been introduced in the environment.

A Positive List for mammals had been under discussion since 1989 and was introduced by Royal Decree in 2001. This unprecedented legislative move caused a stir in national and international circles, and the regulation was challenged in court as hindering trade between EU Member States. In June 2008 the European Court of Justice ruled that the Belgian Positive List was not in violation of EU free trade regulations as long as it was based on objective and non-discriminatory criteria and a procedure was in place for parties to request the inclusion of species on the list (Andibel ruling). The final Royal Decree of 2009 maintains the same 42 species on the list and includes an Annex of criteria according to which species can be evaluated for their inclusion on the list.

Apart from the catastrophic environmental effects for being an invasive species, in case of Florida terrapenes, we must add that, according to an article from CEU Cardenal Herrera University, about 30% of these terrapenes are a source of the dangerous disease Salmonellosis, which may be lethal for humans, so we should better forget about having these animals as companion pets. But remember, if you already have one at home, just releasing it is not the solution. 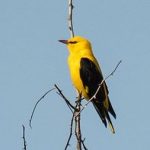 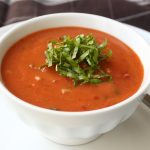