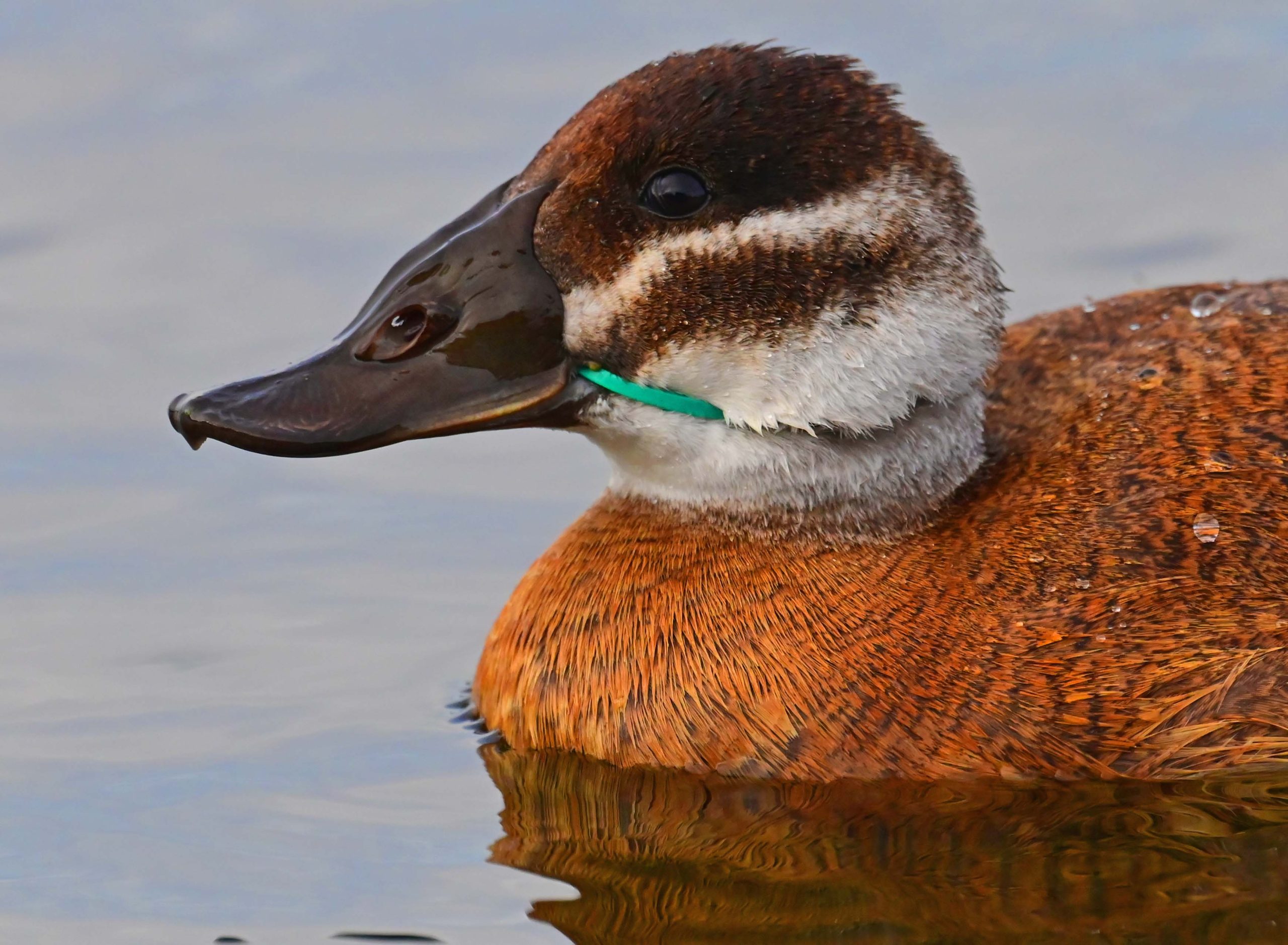 My picture this month is of a White-headed Duck found in the Clot during October this year. This is a female; the male bird has the white head with a black crown line, and in the breeding season it has a distinctive bright blue bill. Another globally endangered species, it has a stronghold in our area and has benefited from the work done in the Clot to improve the environment for both this species and the similarly endangered Marbled Duck. It is becoming something of a conservation success story which the Spanish Nature Authorities can be proud of!

But no amount of conservation can overcome sheer stupidity.

If you look carefully at my photograph, you will see that something is not quite right here. The duck does not have green neck feathers – what you are seeing is some sort of elastic band which has caught up around the bird’s neck and beak. The first indication that I had when I first saw this bird that all was not well was that she was shaking her head repeatedly in futile attempts to remove it, and as it moved closer it was obvious that she was in some distress.

The dreadful thing about this is that the White-headed Duck rarely comes to dry land, spending all of its time on the water, and diving regularly to feed under water. This bird has been caught up in something like a discarded medical mask which some careless visitor has tossed away and which ended up in the pool, and they probably didn’t give it a second thought. The Park Rangers in the Clot are aware of this bird, but it would be an extremely difficult task for them to catch it and relieve it of the problem.

This is not the only incident of this type of thoughtlessness which I have encountered; most wildlife watchers can recount tales of animals being caught up in plastics, discarded fishing equipment or wires, sometimes leading to a prolonged and painful death. The White-headed Duck will probably survive this problem, but it will be a miserable existence in what is supposed to be a safe area for her to live in.

In the past, the main threats to the White-headed Duck have been loss of habitat, hunting and interbreeding with an introduced North American species, the Ruddy Duck. Unfortunately, the introduction of the Ruddy Duck was the responsibility of the great naturalist Sir Peter Scott, but at that time there was no realisation that the American bird could interbreed with the Whitehead, and that their offspring were viable in their own right, threatening the purity of the original species. The Ruddy Duck has mostly been eradicated from Europe, so it is now less of a problem than it was.

Spanish hunters are totally prohibited from hunting the White-headed Duck, with heavy penalties for infractions of the law, and as we have seen in the Clot and elsewhere in Spain, habitat conservation and improvements have made great strides in recent years.

It would be a great pity if human carelessness now becomes the biggest threat to this fascinating bird. 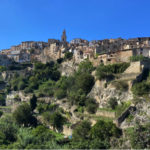 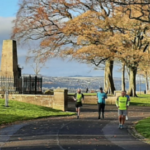