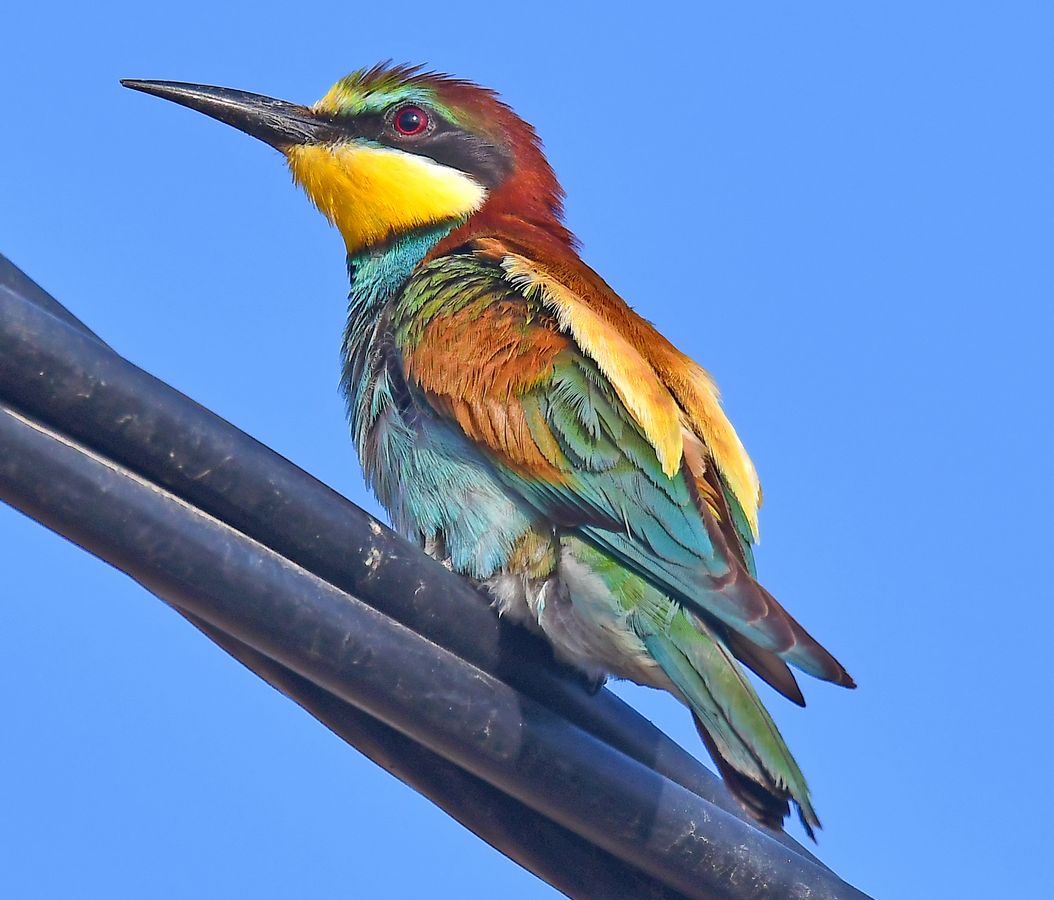 I keep a close eye on reports from my birding friends who are resident in Spain, and read with considerable envy their news on local sightings – and just a few days ago it was brought home to me just how much I’m missing Spain, when records began to appear of the return of the Bee-eaters. I’m just hoping and praying that restrictions will be lifted in time for me to see them this year, as they are far and away my favourite Spanish birds.

The very gaudy European Bee-eater is one of the most distinctive and colourful birds we have in our area, usually appearing at the beginning of April and staying here until October. They have a habit of chatting away non-stop – once you have heard the very distinctive sound of the bee-eater you will be able to identify these birds even when you can’t see them. It is a far-carrying liquid mellow “quillip” sound (look up “European Bee-eater Song” on Google to hear plenty of examples), and often the first sign that they have arrived is from high-flying flocks as they migrate along the coast northwards during spring.

The population of local Bee-eaters varies from year to year. Sometimes they appear in the Clot in considerable numbers – the next year you’d be hard pushed to find one. This is because the birds rarely stay faithful to one nest site, they usually find a new location each year.

As the name suggests, their main victims are bees and wasps. If you are able to get
near a feeding bee-eater (find one on a wire, stay in your car and watch) you will be able to see how they wallop a bee on a hard surface – the telephone wire will do – in order to remove the sting, then toss it in the air before swallowing it.

I’ve kept this article somewhat shorter than usual to bring you some tragic news. Regular readers may remember that in March I wrote about Tonn – the satellite-tracked Greater Spotted Eagle who came to our area each winter for many years. His satellite signal disappeared over the Xmas period at a site near Dolores, and subsequent searches for him found no remains, but plenty of evidence that shooting had been taking place in the area.

Tonn should have returned to his Estonian nesting site in early April, but there has been no sign of him. It must now be concluded that Tonn has indeed been shot by Spanish hunters.

This is an utter disgrace. Spain has been working hard with regard to nature conservation, yet this has happened. This eagle species is considered vulnerable on the IUCN conservation list, and the unnecessary loss of even one breeding member of the species pushes it closer to the edge. 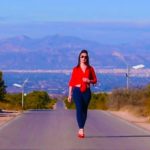 Stay With Me by Louisa Darcy Previous
Terry Talks - Not so speedy Gonzales! Next 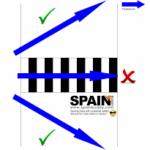