What’s that in a clot? Red Darter!

What’s that in a Clot?

It looks a bit nasty, doesn’t it? It’s bright red, which means danger, it flies about in a threatening manner, it’s got a sharp tail which will probably sting you, and right now there are lots of them about, so why doesn’t somebody do something about them?

Only one of the above statements is correct, and here we have the Common Red Darter – a type of Dragonfly which you will be able to see very easily in the Clot over the next few months. Late summer and autumn are the best times to see these creatures when they are in the throes of reproducing for next year, and you will often see the bright red males flying about solidly attached to the more yellow female, the pair frequently dipping into the water as the female deposits her eggs.

Dragonflies occur on every continent except Antarctica, and can be found from sea level up to about 3500 metres in mountainous areas, and usually need water. They are large insects, similar to the various damselfly species which are also found in the Clot, and can be distinguished from the latter by the way they hold their wings out when at rest – the damselfly usually folds its wings along its body.

They are not at all dangerous to us humans, but they are one of the insect world’s most effective predators. As you see them darting about, they are hunting for midges, mosquitos, butterflies, damselflies and even smaller dragonflies. You should be able to see from my photo that the eyes are very large – these are compound structures made up of thousands of receptors called ommatidia which combine to give the dragonfly a wide field of very sharp vision. The wing arrangement is also extremely effective, giving them the ability to hover, fly at speeds in excess of 30 mph, and experience up to 9G in a turn while chasing their prey.

It is not just the adults which are predators, the Dragonfly nymph is a voracious eater of anything underwater that is smaller than itself. They spend up to three years in this larval stage, but once they leave the water to become flying insects, only survive for about six months or so.

That is, if they are lucky. Dragonflies are a food source themselves for many birds and animals including swifts, swallows and smaller falcons such as Merlins and Hobbies. The nymphs are also eaten by fish and aquatic birds such as ducks and herons.
So you can safely enjoy the spectacle of dragonflies skimming around over your head without fear for the next few months, safe in the knowledge that if they weren’t doing their job correctly you’d have a lot more nasty flying things spoiling your holiday.

You can see more photographs of wildlife our area by visiting www.marketheridge.smugmug.com
See you next month. 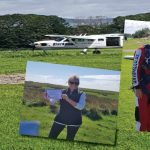 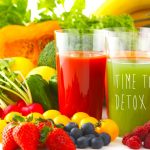