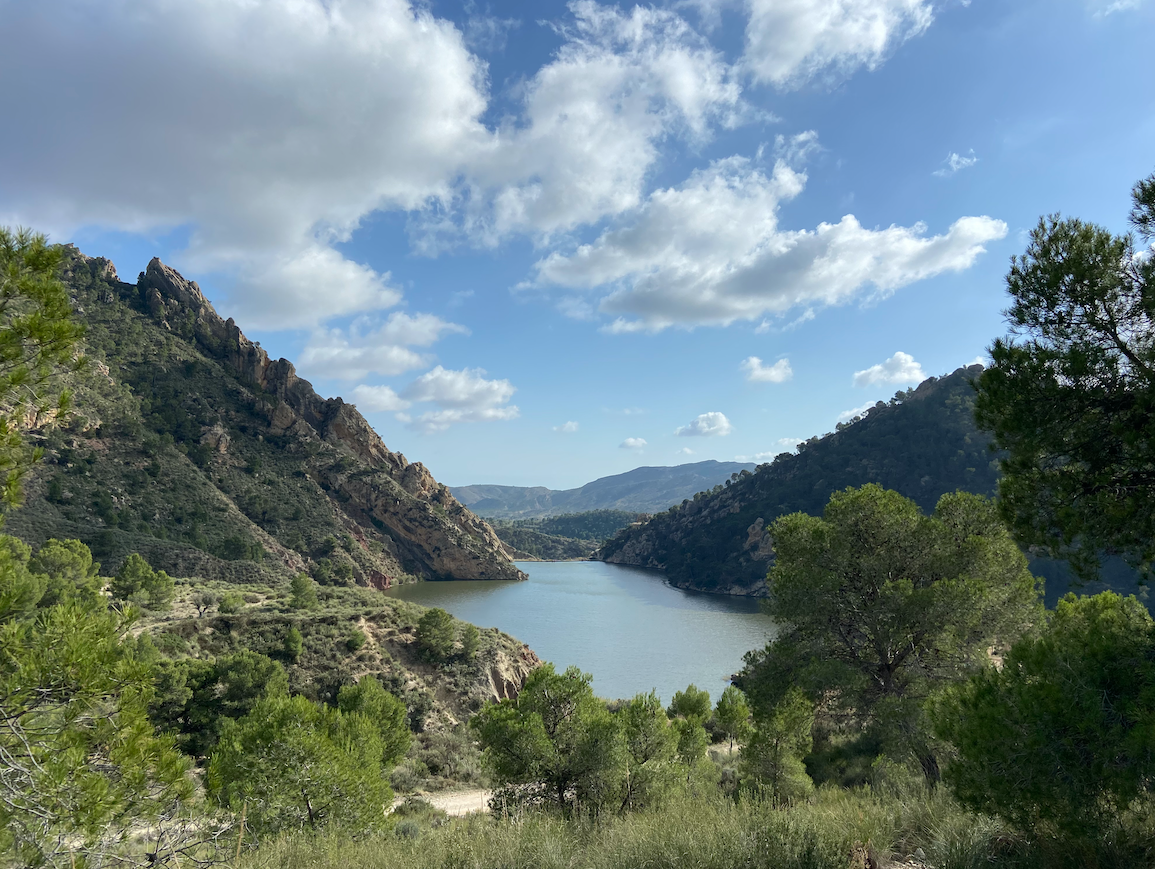 A drive inland from Alicante is an area of great beauty and history; Tibi. This craggy district was formerly the boundary between the kingdoms of Aragon and Castille and is still a linguistic watershed between Castilian Spanish and Valenciano speakers. Its even earlier history is marked by the Islamic period castle whose remains can still be seen perched atop a rocky hillside. Our visit to Tibi was however not to visit the castle or to practise the local languages. Our visit was to see one of the earliest fresh water reservoirs still in use anywhere in Europe.

The Reservoir of Tibi was formed between 1579 and 1594 by the construction of a masonry dam across the path of the Monegre River at a point 2 kilometres south of the town of Tibi. The creation of the reservoir was ordered by King Felipe the Second. The reservoir was designed to provide reliable water supplies to the agricultural land surrounding Alicante known as the  Horta d’Alacant. It still fulfils that function over 400 years later!

We visited the public viewing point that is signposted in the area; driving through spectacular landscape along an increasingly rural lane. We arrived at a spit of land jutting out over the reservoir where the flooded valley bends, thus affording views along both limbs of the watercourse. The lush greenery of the surrounding hills is deceptive – one is only a stone’s throw from the parched coastline. The calm waters are also somewhat misleading, Spain is a land of alternating drought and flood, most Spanish rivers have the ability to turn into destructive torrents after heavy rainfall or seasonal snowmelt. The Tibi reservoir itself was partly damaged in 1697 after flooding; a spillway had to be constructed to allow surplus water to be safely drained from the reservoir.

Conserving and managing precious water has been part of Iberian life for centuries. The Romans built the monumental aqueducts, most famously at Segovia, that allowed their great cities to rise on this peninsula. The Moorish peoples famously used their water management skills to create lush gardens and plantations, even in the arid regions of modern day Andalucia. Spanish rulers, especially dictators such as Primo de Rivera, celebrated their creation of reservoirs as evidence of their supposedly beneficial rule. Water remains a source of conflict in contemporary Spain: Our visit last year to the beautiful Ebro River region of Tarragona included seeing huge banners paid for by local councils demonstrating their objection to the transfer of River Ebro water to feed southern Spain’s agriculture and tourism.

Water can also be a force for destruction and chaos. As we write this article, parts of Western Spain are experiencing serious flooding with heartbreaking scenes on television of people forced from their homes as everything they possess is destroyed by uncontrollable waters. Spanish cities built around rivers, such as Elche, have high embankments and deep channels to protect the city on the occasions when a shallow stream turns into a monster.

All Spaniards know the history of Valencia’s terrible flood in 1957. The reaction to that flooding of Valencia was to divert the Turia River under the Plan Sur and on the former river bed create the famous linea park that is such a wonderful feature of Valencia today. Big flood relief provisions are now routinely part of Spanish urban planning. Next time you visit San Juan Playa take a little time to examine the La Marjal park which is designed to be floodable to absorb flood water from upstream flows and thereby protect the urban areas of San Juan Playa. It is possible to take guided tours of the park organised by the local water company:

As climate change increasingly disrupts our world, causing new imbalances in the patterns of rainfall and drought, we will have to develop measures to conserve freshwater and also to protect ourselves from nature’s power. The world would do well to learn from the peoples of the Iberian peninsula who have always lived with this dilemma. They have learned to respect water and have suffered when they took it for granted, we would all do well to respect our water in the years ahead. We invite you to visit Valencia, San Juan or Tibi to see the products of this watery feature of Spanish life. 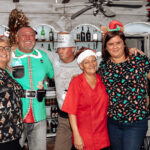 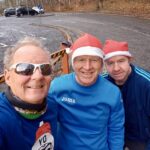