As the temperature cools somewhat there is an increase in activity both here in GA and at home with runners arriving from their homes and looking for partners to run with.

Jeanne looks like she is improving from her injuries and has started her slow journey back to fitness and is looking forward to the arrival of Claudia and Brigitte for some joint run outs.

Andy, in amongst his herculean efforts  organising supporter arrangements for the Elche CF games in La Liga, has started his training which should see him compete in the Santa Pola 21k in January, which coincides with a home game for Elche, so expect a PB from Andy so he can get to the game in time.

John is contemplating entering the Santa Pola 21k but is already well ahead with his preparations and it shouldn’t be too much for him to extend his training.

Claudia and Brigitte have yet again entered an endurance run, The Mad Chicken Run, which was held in Germany. They ran an astonishing 75km in 12 hours (actual running time) starting at 10:00 on Saturday and finishing at 03:00 on Sunday.

The conditions were wet and windy resulting in muddy paths that were under water for large parts making it difficult to run. In spite of the conditions they finished 45th and 46th overall and 12th and 13th in the womens’ race.  This is running in the extreme and having done this last year one would think that was enough, but not Claudia and Brigitte. However, well done both on a fantastic achievement!!!

Julie will be returning in October, so if anyone is around she would welcome some company on a run.

Geoff celebrated his birthday during the month and this year went for his customary 4 miles birthday run along the beach in Jersey. 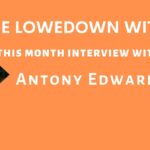 Antony Edwards Previous
More adventures in Murcia - A river runs through it! Next