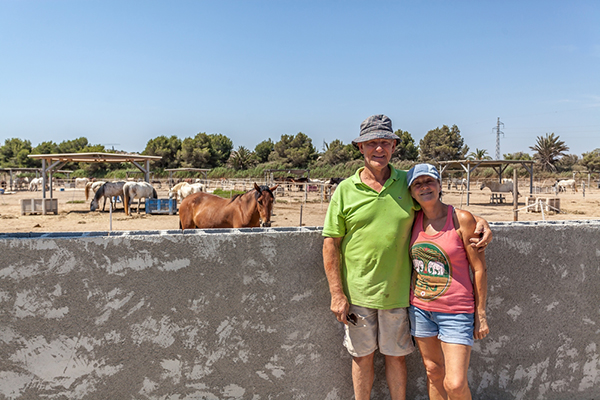 “We can’t praise Almoradí police enough for acting swiftly yet again to save this animal,” said Easy Horse Care co-founder Sue Weeding. “Their quick action is evidence that our work to build relationships with local authorities and improve animal welfare practices here in Spain is slowly but surely paying off.”

Rescued on July 7, the donkey has no identification tags and his history is therefore unknown.

“We believe he’s quite young, he’s very hungry and he has cruel scarring across his nose from wearing a too-tight halter for far too long,” Sue said.

“We do know that many owners often don’t want stallions because they can’t do anything with them. We suspect he’s been tied up all his life for this reason – hence the scarring on his nose – and then simply dumped to get rid of him.”

Under the centre’s responsible equine ownership policy, the donkey, which has been named César, will be castrated as soon as weather cools enough to allow the operation to be conducted safely. Currently, the summer heat means the risk of fly-borne infection is too high.

César is the 140th equine saved by the Easy Horse Care Rescue Centre since 2008, with Sue and Rod Weeding currently caring for 106 horses, ponies and donkeys at their Rojales sanctuary.

The latest rescue came as Rod finished digging the trench for the next section of a 218-metre secure boundary wall being built to protect the rescued animals following a spate of break-ins at the sanctuary. Rod, aged 68, was forced to dig the knee-deep trench by hand after the centre’s aging digger broke down.

Generous supporters have so far contributed more than €18,500 to fund the wall’s construction, but the Weedings called for further donations to raise the final €1500 needed to ensure the project can be completed. Donations can be made at: easyhorsecare.net/donate/support-our-fence-fundraiser.

While César awaits his operation in autumn, he’ll be comfortably stabled at the centre and given the care and attention he deserves. Anyone interested in sponsoring César can contribute to his ongoing wellbeing at: http://www.easyhorsecare.net/donate/sponsor-a-horse.

The non-profit Easy Horse Care Rescue Centre relies entirely on donations to fund its important animal welfare work. Those interested in volunteering at the rescue centre or in the charity shops can call Sue on 652 021 980. 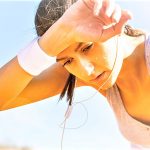 Physical Exercise and heat Previous
Sports for Dogs Next 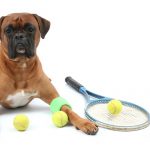