Say hello to the famous Hoopoe 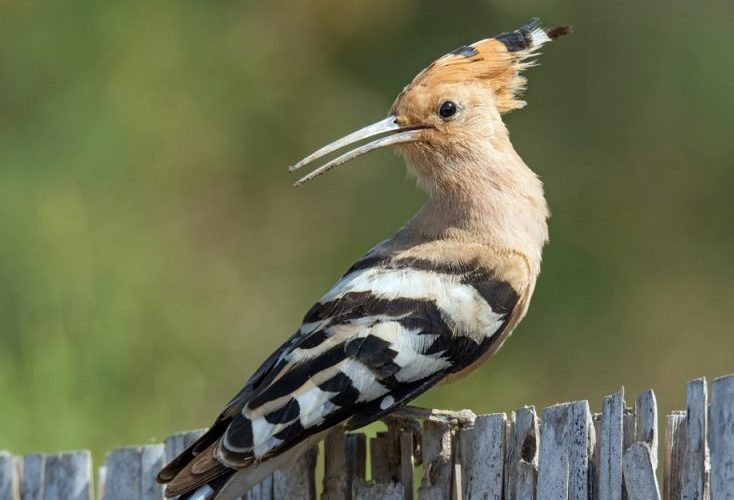 For nearly the whole of May, without fail at six-thirty in the morning, I was woken up by an insistent call coming from my roof in Monte y Mar. It was impossible to sleep through, because as soon as one started, another one would join in. I knew exactly what they were, and although I like to see these birds they seem to have no idea that they were ruining my beauty sleep. They seemed to disappear during the day, but reappeared in the evening, and start up their duet again.

Lots of people know about them, but they can be difficult to see close up as they are very shy. Say hello to the famous Hoopoe (Abubilla in Spanish), which gets its strange name from their quiet but penetrating call – hoop-hoop-hoop. It is one of the iconic birds of Spain, and no holiday would be complete without catching at least a glimpse of one. You usually see it as a rapidly disappearing flappy thing which looks like an oversized black-and-white butterfly, but when you see it up close it is a very pink bird with black and white wings and that amazing headdress.

I’m going to let you into a little secret – the best place to see these birds up close is from either of the two main hides in the Clot near the Carabassi bars. Instead of looking out straight in front of you, you should look at the bare patches of land on each side of the hides, for this is their favourite area for digging into the soft ground looking for bugs which it winkles out with that strange beak. If you are quiet, you will be able to watch it waddling along and poking at the ground, or you might be lucky as I was and get one perching on the fence alongside the hide.

Keen birders know how to find this bird’s nest, usually in a hole in a tree – they simply follow their noses. A Hoopoe nest emits the most appalling stench, partly because the parents don’t clean out the chick droppings like most other birds, but also the chicks secrete a foul odour from their tail glands, and the hot weather only adds to the fun. This, of course, is an anti-predator measure, because you don’t get many predators here who are willing to wear a gas mask or (and I hope you’re not reading this over breakfast) can dodge the very accurate shooting skills of the chicks when threatened – the ammunition doesn’t come from the front end of the bird!

Hoopoes do occur occasionally in the UK where, as Bill Oddie famously pointed out, you only ever find them on vicarage lawns, but Spain is one of the major strongholds. They are a bit quieter now as high summer approaches so I’m getting my sleep now, thank you for asking. 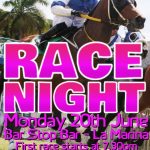 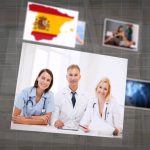