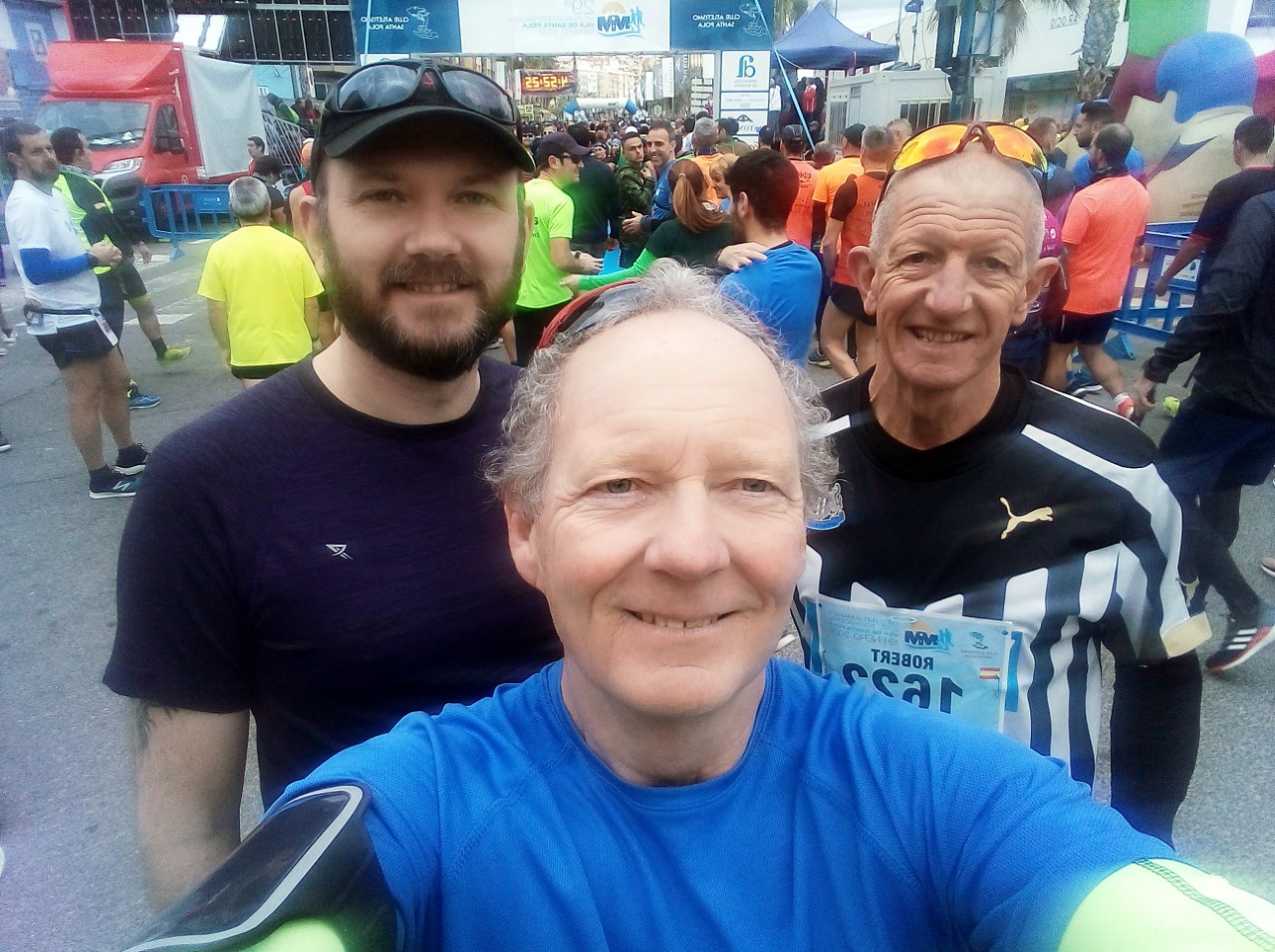 This year was the 29th staging of the Santa Pola half marathon and what a way to celebrate it with a record breaking run from Kenyian Alexander Mutiso Munyao who set a new course record of 59mins 09secs, smashing the previous record of 1 hour 15 secs set in 2015. Second placed Geofrey Kusuro from Uganda also broke the magical 60 minute mark demonstrating the quality of the participants this event attracts.

This was my 10th start at the Santa Pola Half marathon. I have to ask myself sometimes why I still do this to my 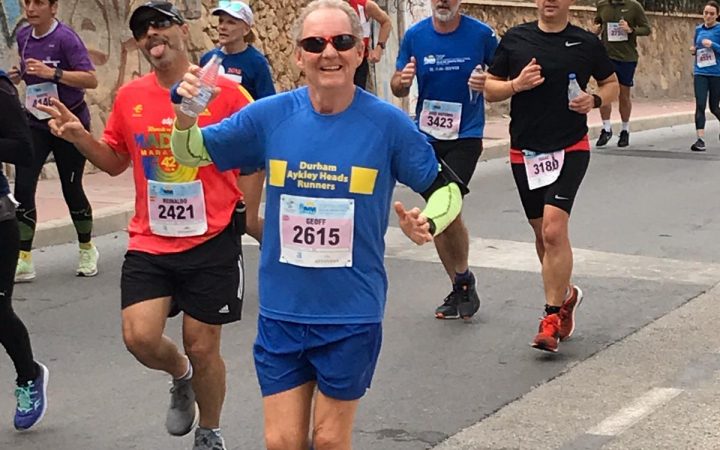 body. The simple answer is I wouldn’t have it any other way, but this year the training has been hard and the self-motivation even harder to come by. However the training is done and the race is over, well race is not the correct way to term this for me. There is no racing these days, just competing and being involved, which is the element I enjoy the most. Being an integral part of the Santa Pola community. The sense of satisfaction I get from standing on the start line, by the harbour, with 6000 other competitors is difficult to put into words. 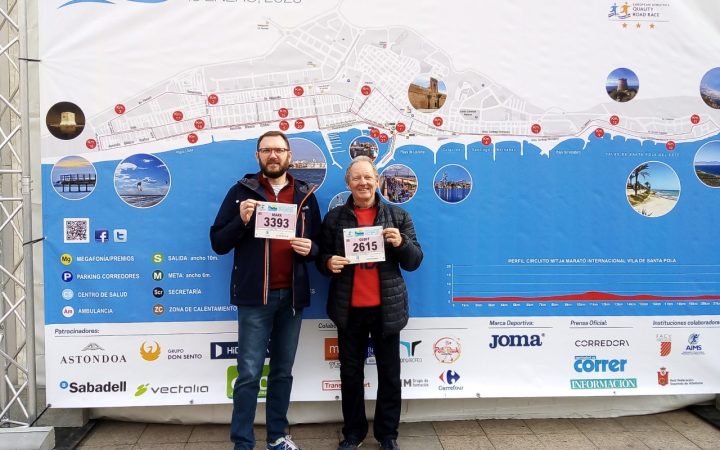 This year I was joined in the run by my nephew Mark, a veteran of many other runs, including the Great North Run and the Kielder marathon, who travelled from the UK to taste for the first time the atmosphere of what is one of the best half marathons in Spain. We weren’t expecting record breaking times, just the experience of taking part and finishing. We noticed the Toon shirt in front of us. “Hiya. How ya doin and where ya from man”. “Wallsend, but I live here in Gran Alacant” was the reply.” We’re from Gatesheed and Durham” we said. And so we met Robert Buchanan from Altomar I who was competing in his 14th Santa Pola half marathon. It was gratifying to meet other Brits on the run, especially those from GA.

Also out in force were the large numbers of spectators, many from Gran Alacant who enjoyed the good weather and on-course entertainment to cheer us on our way.

The bad weather and the storm held off until 3 hours after the finish. When storm Gloria arrived on Sunday evening we knew how lucky we all were to have missed it during the run. As it was the conditions were ideal for running, and with a flat course we finished in 2 hours and 6 minutes. Robert, our new friend, finished in a very commendable 1 hour and 48 minutes. 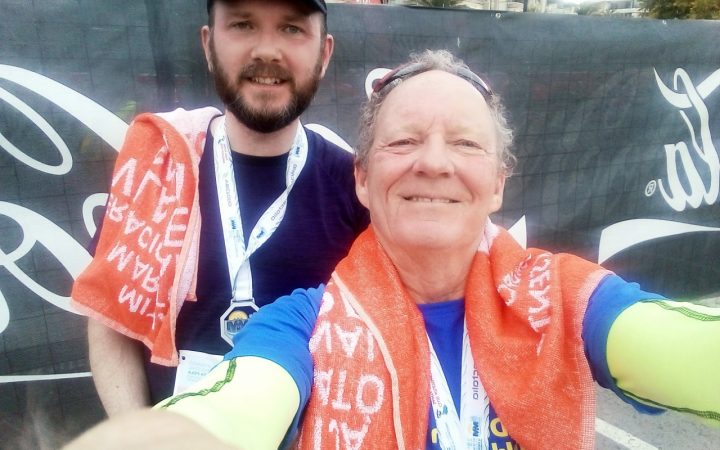 There were over 4300 finishers with the last competitor completing the course in just under 3 hours.

As always, a huge thanks is due to all the sponsors, volunteers, spectators, athletics clubs and the Ayuntamiento Santa Pola for making this a special day in Santa Pola.

If anyone from Gran Alacant is interested in taking part in any of these runs as a “Gran Alacant Team” please contact Lou, via this magazine info@granalacantadvertiser.com 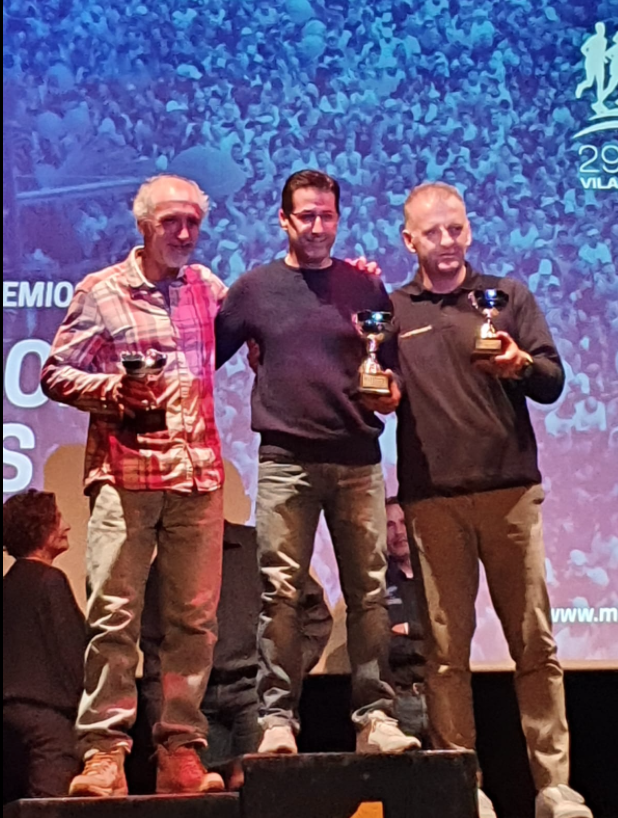 Congratulations to Philippe Blache from GA Homefinders on finishing 3rd in his category. Well done Philippe 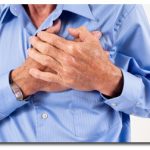 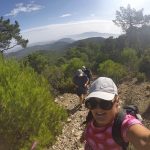