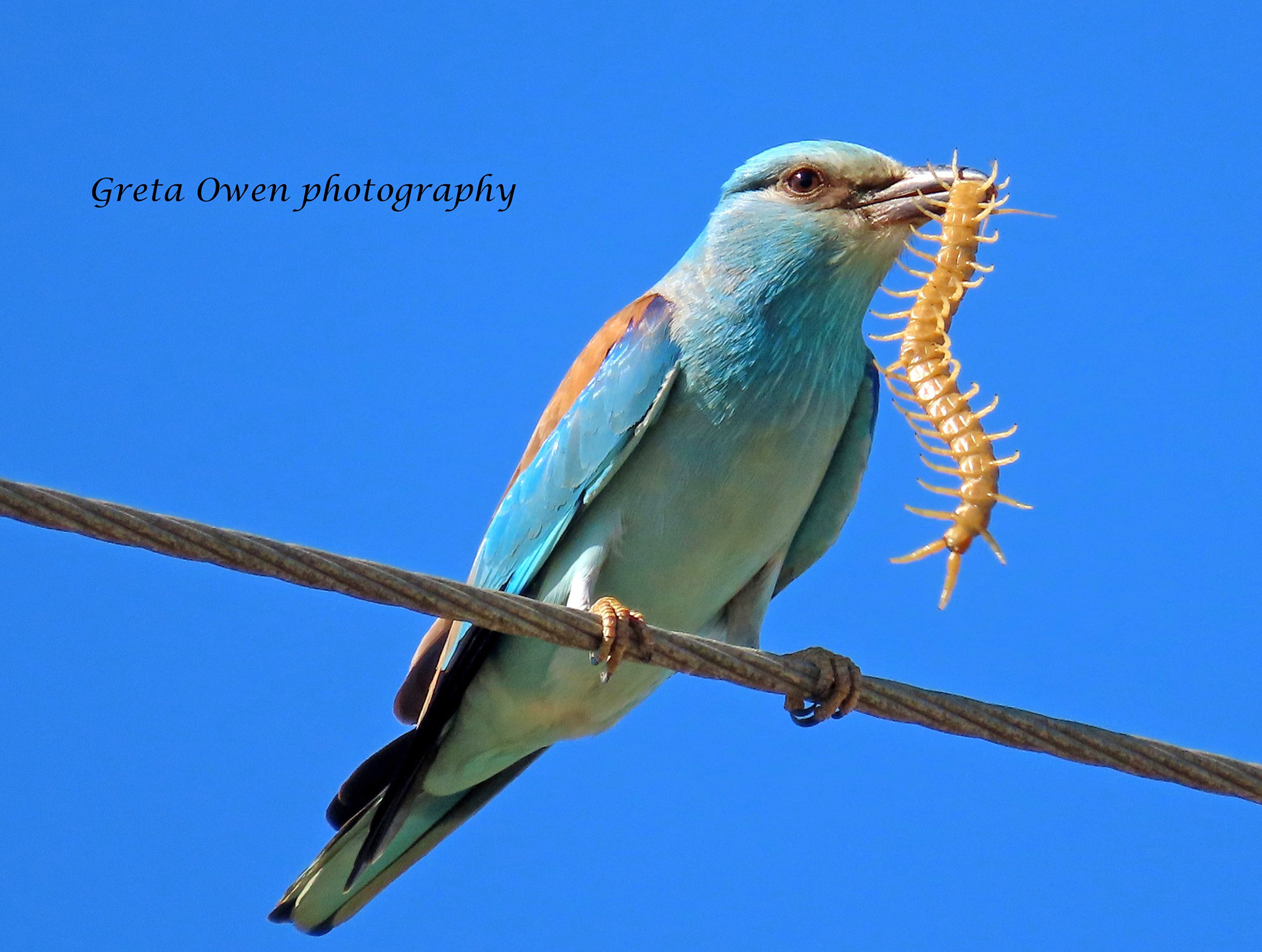 This month’s photograph is reproduced with the kind permission of Greta Owen, my birding friend and resident of Gran Alacant, who took it in May of this year. The bird is a Roller, which is rarely seen in the Clot, but is regular around the countryside, particularly between La Marina and Elche, where it often nests in old woodpecker holes in palm trees. It tends to favour open lowland areas with scattered trees, either cultivated or scrub areas. It is a summer visitor to our area of Spain from April through to late September.

It’s a chunky bird the size of a Jackdaw (a small crow for those who don’t know it) and is distantly related to the crow family.

That’s all well and good, but what is that ghastly thing in its beak, I hear you cry. Good question, and one which I wouldn’t have known unless it had been identified on Facebook by Julian Sykes, one of the wildlife experts in our area. He named it as a Mediterranean Banded Centipede, which turns out to be the largest centipede in our area, and fairly common – it is known in Spanish as Escolopendra.

Although it is common, it is highly unlikely that you will come across one unless you are extremely unlucky – a close encounter with one of these is likely to involve a painful sting from this animal, which will certainly give you grief but is unlikely to be fatal. The Escolopendra lives mostly underground, beneath rocks, fallen trees or leaf litter, and prefers a damp habitat. It is an opportunistic carnivore, eating just about any animal smaller than itself, including insects, worms and small lizards, which it will paralyse by the use of its sting.

It hibernates during the winter, emerging in late March to begin the breeding cycle which results in the female producing up to 30 offspring each year. They vary in colour from bright yellow as in this example, to dark brown.

I was astounded to find during my research for this article that there are people who will keep an Escolopendra as a pet in a vivarium – the same sort of people who also keep snakes and tarantulas I suppose, but each to his own…

Still, it’s good to know that our friend the Roller is keeping the Escolopendra population down to manageable levels – this is exactly the sort of prey which the Roller thrives on, including most of the larger resident bugs which give many people the heebie-jeebies. Doesn’t he look pleased with himself?

My thanks once again to Greta for this quite exceptional photograph, a reminder of what I have been missing during my enforced absence from Spain. 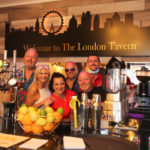