Put the Kettle on 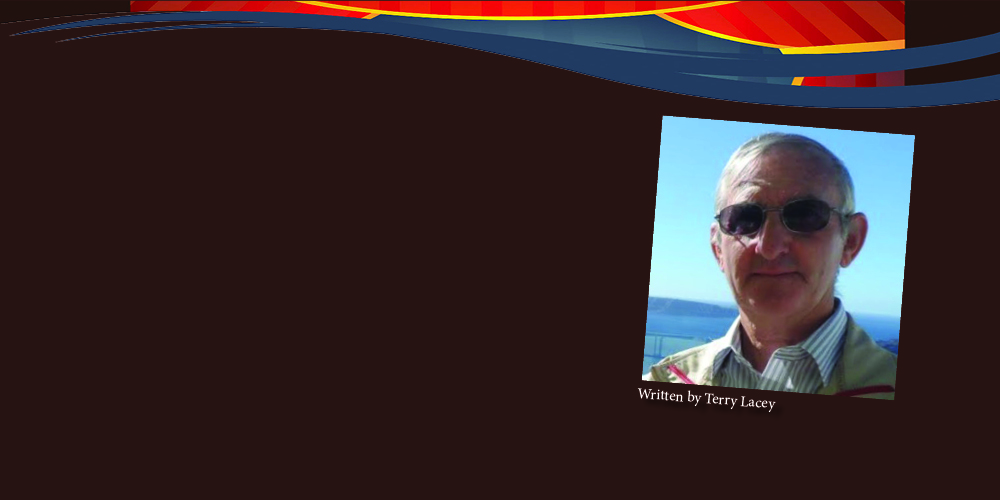 The narrow boat suddenly became longer and apparently wider as the Marina Handover Guide and Tutor stepped onto the footpath. Simon was now alone on the deck of the narrowboat. He had been given a comprehensive, if brief guide as to the various controls and features on board and he had been guided through the basic manoeuvres in the relative safety of the Marina Basin. The Basin now appeared to be much smaller.

He took a deep breath and gingerly moved the power lever forward. The engine note rose and the water frothed behind the stern as the propeller churned in the murky water. Imperceptibly at first, then gradually the craft moved. Amazingly, it actually went forward, as advertised. He gave a smile and a wave to the Guide on the shore as the boat moved easily towards the exit from the Basin.

He had thought about this moment for years. In charge of his own ship, and ready to cruise the waterways of England. As he gazed at the beauty of the countryside in the late morning sunshine, and the canal bank slipping gently by, he suddenly realized that he was in complete charge of the boat. DO SOMETHING. The end of the basin was narrowing to the canal proper. Only just about room for two boats to pass, if he kept to one side. He eased the power lever back; noise reduced; but the speed did not. So this is what seven tons of narrow boat does when there is no power. Very little. Something from his school science class, how long ago was that, shouted “inertia” at him. He moved the tiller to one side, adjusting the positon of the rudder to bring the front end of the boat back towards the centre of the canal. Nothing! With the power on tick-over the rudder had little effect. More power; steering returned and the bow gradually came round to where he wanted it to be, but the speed was increasing. Aargh. Reverse power. The noise of the engine now pierced the tranquillity of the countryside. The narrowboat juddered and gradually slowed, all steering seemed to have abandoned the craft as is came to a stop pointing across the canal. He moved the power lever to neutral disengaging the drive to the propeller.

As the engine ticked over quietly, the noises of the countryside returned. Birds were singing, the gentle sigh of the breeze through the trees and the lapping of the tiny ripples from the bank gave him a sense that he really should start breathing again. Lessons; steering requires some thrust from the propeller, not much, but some. It takes a long time to change direction or to stop. He remembered the seemingly innocuous words from his recently departed Marina Tutor. “Plan Ahead”.

He was thankfully still alone on this stretch of the canal. He could see about a quarter of a mile ahead before the curve which was signalled by the changing direction of the tree line. He walked to the bow and lifted to barge pole from its mounting as he went. Gently pushing on the bank, he eased the narrowboat into a position pointing along the canal. Quickly making his way to the rear deck, he moved to power lever gently forward, a little. He felt the water thrusting on the tiller this time, a little more sensitive to its effects. With small movements he was able to keep the bow pointing along the canal towards the bend ahead. At this speed it would take several minutes to reach it. Plenty of time to get a feel for things. He began to relax into his new found confidence; the boat seemed to be doing what he wanted. Once again he was able to take in the beauty and tranquillity of the countryside. One or two people passed him along the bank, in both directions, he was not moving very quickly. The narrowboat was restricted to the speed of a fast walking pace but he was still some way short of that. Not to worry the object was not to get anywhere, just to enjoy the journey.

As he set himself up to take the bend, it appeared. Another narrowboat coming towards him. He stopped breathing again, regained his composure and began to manoeuvre towards the bank to allow room to pass. Plan ahead. He put on a bit more power to help the steering, the bend now seemed tighter, the other boat passed safely alongside and there was a wave from the crew. Avoiding the distraction, he applied all the rudder that the tiller would give. It was not enough. The bow gently but firmly enters the reeds at the side of the canal and the narrowboat came to a stop. With the tiller hard over and the power still applied, the stern of the boat pushed itself into the reeds and the bottom wedged itself on the bank. The narrowboat was stuck fore and aft. He cut the power to prevent things getting worse.

He gathered himself and went again for the barge pole. Pushing from the bow, stern and mid-ships had no effect, he was stuck. He climbed off the boat to see of any further bright ideas came to him. Everything looked just as silly from here as it did from on board. As he paced up and down the towpath, to get a better view of his predicament, he noticed a box, embedded in the hedgerow. It bore the same symbol as the one on the side of his narrowboat. It was the emblem of the boatyard. Curious, he looked a little more closely. There was no lock on the box. He pulled open the door to reveal sign from the boatyard, it read

If you have reached this far you have done better than the average.

Call the number that is on your key fob.

We will be with you in twenty minutes

Put the kettle on. 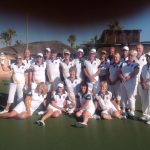 Monte Mar Bowls and Social Club Previous
Do you dare to take on your own challenge? Next 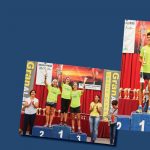