At the time of reading the interesting description of Sandra’s surgery at Elche General Hospital (G.A.Advertiser – January edition) I am waiting for a call from the same hospital, to have my right kidney removed.

Inspired by the story of Sandra’s successful operation, I feel like sharing my entirely different experience in the private health sector – and, in particular, its insurance sector.

This is my story:

1: Late Summer/Autumn 2016 at IMED, Elche (private) Hospital, facilitated by my private health insurance with DKV. (A policy I have had – and paid for dearly – for more than twelve years):

During the Summer I experienced an increasing need ”to get up at night”, hence my first consultation with the Urologist on the 29th Sept., followed up by the usual blood test 06th Oct. and an Electro Cardiogram. Next consultation on the 10th Oct. The Urologist was not satisfied with what he could see from the first scanning and ordered a CT-scanning on the 13th Oct. During the following consultation on the 07th Nov. I was informed that two malignant tumors were discovered. The doctor’s recommendation was to have the kidney removed (actually he had already – as early as the 10th Oct. – scheduled me for surgery on the 18th November). It was emphasized that the doctor could NOT determine whether it was(is) cancer, until the tumors could be analyzed – after the kidney had been removed. (This is important, as my health insurance does not cover cancer-operations or cancer-treatment of any kind).

So far so good – I thought!

2: My problems began on the 25th Oct. simply by asking IMED Hospital to obtain the necessary authorization for my insurance company (DKV) to cover the costs of the operation. Also, I asked IMED for an estimate for the additional cost I would have to pay out of my own pocket. (Did you think that a private insurance covers everything when hospitalized? WRONG! As an example, you will have to pay for all medication supplied outside the operation theatre)!

The reply I received from IMED was that I should not push them to get the authorization, as this would be according to ”their protocol”. To my request for an estimate of own cost, I never received a reply!

(Just to give you, dear readers, an example of costs of personal nature with a private insurance policy: Last year, at IMED, I had cataract surgery on both eyes. DKV covered the costs of the surgery, but I had to pay for the lenses. € 300.- out of my own pocket – for EACH eye)! This operation would have been entirely FREE in a public hospital!

3: Back to my kidney problems:

While I was awaiting the day of hospitalization and surgery I discovered – by coincidence – IMED hospital does not perform ”keyhole surgery”!

As the size of my tumors are clearly within the limits of this kind of surgery I was obviously NOT prepared to go for a 20-30 centimeter cut used nowadays only under complicated circumstances!

Fairly reluctantly IMED agreed to find out if a Keyhole operation could be carried out at their main hospital in Benidorm. This happened to be the case!

However, before a date was set for the operation, DKV refused on the 10th Nov. to authorize coverage! DKV informed IMED, but did’nt bother to inform me as the policyholder!

Despite several attempts to get an explanation of the decision from DKV, neither IMED nor myself could obtain any information whatsoever on which grounds they refused and according to which paragraph in my insurance policy the refusal was justified.

DKV simply did not react to telephone calls and e-mails!!!

4: This brings me to Elche General Hospital.

On the 21st Nov. I got a referral from my GP in Gran Alacant and on the next day my first visit to Elche on 22nd Nov. was registration and ”scheduling”.

So now, as I mentioned at the top, I am waiting for THE telephone call to come to Elche for my KEYHOLE OPERATION.

The efficiency, professionalism and kindness I have met at Elche so far, is tops – and now further strengthened by Barry and Sandra’s experience.

To justify my accusation of WATCH OUT in the headline for private health insurance, please read on.

The story of my problems with DKV:

On the 11th Nov. I was informed by IMED that DKV had refused to authorize coverage of my surgery. IMED expressed great concern and said they didn’t understand the rejection as it was not grounded – just refused!

Obviously, I contacted immediately DKV per e-mail (always per e-mail to make absolutely sure, what has been ”said”) to get an explanation. Not as much the rejection itself, but on what grounds and which paragraph in my insurance policy would justify the refusal. NO REPLY!

My third e-mail to DKV on that day, emphasizing that I – as a policy holder felt entitled to an explanation from DKV directly: NO REPLY!

My fourth e-mail to DKV on the evening of the 11th: NO REPLY!

On the 15th Nov. I sent another e-mail insisting on an explanation, accusing DKV to neglect my health situation. NO REPLY!

From the 16th Nov. to the 09th Dec. I have had several communications with Insurance Agent from Santa Pola through whom I had established my DKV insurance – more than twelve years ago in a polite way indicated they could do nothing. On the 19th Nov. I sent a complaint to the person who is supposed to be in charge of DKV’s Alicante office. NO REPLY!

Through other sources I found the fax-number for DKV Customer Service. On the 28th Nov. I sent them a fax – explaining the situation. NO REPLY!

Finally, on 14th Dec. I sent a letter directly to the Managing Director of DKV in Zaragoza. NO REPLY!

Moral of the story:

If, for some reason, one is not under the public Spanish health system, a private health insurance may be a good idea – or even necessary. Being a Resident and within the Public Health System it may still be an idea – provided it works!

After all, however, the benefits are quickly overseen: Single accommodation when hospitalized, quick access to specialists including scanning etc. That’s about what I paid around 1.000 EUROS for yearly, excluding any form of cancer treatment hence the fairly reasonable fee. If one can accept double accommodation, slightly – or sometimes substantially – longer waiting times, I don’t see much point in throwing your money after DKV.

One final comment: The doctors and specialists you meet in private hospitals are – to a very large extent – identical with those you meet in the public hospitals.

There is an old saying:

Unfortunately, I ended up in the worst possible position:

Having a DKV Insurance that did not cover – when I needed it!!!

By the way: I’m still waiting for the telephone call! 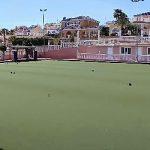