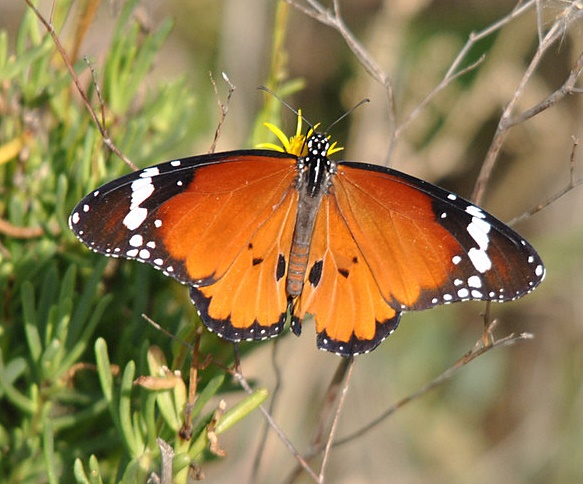 So that’s the summer over, many visitors both human and avian are disappearing, and life settles down to the mellow fruitfulness of autumn. You might think that all the colourful animals are now gone and all you might see from now on are a few drab-looking birds in their winter plumages – but you’d be wrong.

One of the most colourful of the Spanish butterflies appears in large numbers through September and October here in Spain, many of them lingering on until early December. Not quite as iconic as the spectacular Swallowtail, which is the one most people think of when you mention a butterfly, this is the Plain Tiger butterfly, also known as the African Monarch. It is a medium-sized butterfly, about the same size as the very familiar Red Admiral, and in some years can be found here in quite huge numbers. It is too early to predict if we will have one of those memorable years, but Plain Tigers have been frequent in our area throughout this summer, so the signs are good.

As the Monarch name might suggest, it is widespread in Africa, but it is also found throughout the southern Mediterranean area across to the Middle East and India, and extending as far east as Australia. Within this range, it is a quite common species.

You may think that being so brightly coloured and obvious in its flight, it would be easy prey for many birds and mammals, but you’d be wrong. Just like the wasp, its bright colours act as a warning to predators to keep away. The caterpillar lives on various types of poisonous plants, accumulating different types of alkaloids in its body which cause vomiting in any attacker inexperienced enough to take it on. One of the good things about this is, if you have a reasonably good camera, they are fairly easy to photograph as they tend to ignore you as a potential predator!

Considering the numbers that can now be found in Spain, it is surprising to learn that the Plain Tiger is a fairly recent arrival to Iberia, and part of this colonisation is due to the widespread introduction of various types of Milkweed plants from North America; firstly bought by gardeners and then spreading out into the wild. The Plain Tiger caterpillar flourishes on these plants, but once it has become an adult butterfly it ranges widely in search of warmer climes as the winter approaches. There has only been one record of it occurring naturally in the UK, in Cambridgeshire during 2011, although it is kept in private butterfly house collections such as the one at Kew Gardens.

You can see more photographs of birds from our area by visiting www.marketheridge.smugmug.com See you next month. Mark 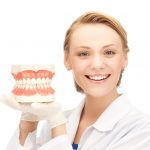 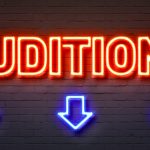