Lizzy had been in the same house for many years and she liked living there. It was quiet and secluded and yet she always felt safe and comfortable with her neighbours. Although many of them had pets, the cats didn’t stray in her garden and the dogs were generally well behaved.

Today however, Bobby, the terrier next door, had been barking incessantly. He started just after the sun rose and the noise continued until lunch time. She imagined the dog was exhausted when the silence fell from over the fence but it was short lived. Resuming the high pitched yapping, Bobby appeared to be almost in distress but that was small consolation to Lizzy, who by this time was beginning to lose her composure.

She did have a run in once before with Frank, Bobby’s owner, soon after he had moved in. The dog was obviously unsettled by the move and barked a lot of the time when Frank was not at home. They agreed a plan to work with Bobby to calm him down and the two neighbours became firm friends. Their friendship was not strained by Frank’s indulgence in an ever changing variety of hobbies, most of which involved some sort of bustling activity in his garden shed. All manner of strange objects would occasionally appear in the garden as some kind of temporary adornment, only to be replaced by the next item which he would take away to some undisclosed destination in his van. He had also begun to collect a few more pets. The cat was the laziest she had ever seen. A large ginger thing with the greenest of eyes, it would lie on Frank’s garden chair for hours, motionless. His parrot could only be heard occasionally squawking when Frank came home but otherwise it was no bother. She knew there were tropical fish but what else there might be she knew not.

The barking was now a complete nonsense. Lizzy couldn’t relax and she wondered if something could be wrong. The van was in the drive and she had not heard Frank in the house or in his shed. Although it was a weekend, he usually left the house on some errand or other. Perhaps she should try to calm Bobby and see if Frank was at home. Lizzy went out the front door and peered over the fence. Bobby was no-where to be seen but his barking helped Lizzy to decide that he was in the small dog house that Frank had built for Bobby to protect him from the rain and sun. But why would he stay in the dog house? Bobby would more often than not, be harassing the cat into some sort of action, without success of course. But the cat was not on its usual perch.
Lizzy went to Frank’s front gate and pressed the bell push. Ah, there would be no response because all the door bells had been shorted out after yesterday’s power cut. She tried the gate but it was locked. The back garden was accessible by a path at the side of Frank’s house and when Lizzy looked over the back fence and passed the garden shed, she could see that the back door was slightly open. Lizzy tried calling Frank’s name but over the barking of the dog, which was carrying well from the font garden, her weak voice was unlikely to be heard. She tried the back gate and it opened. Tentatively, Lizzy went to the open door but stopped short, suddenly when she saw two legs sticking out from under the kitchen table.

What to do? Run to phone the police, try her neighbours for help or go to see if there was something she could do immediately? She had to help. Taking a deep breath, Lizzy moved to the back door and opened it wide. There was no movement from the legs. She reached down to touch one foot and sprang back in fear when Frank suddenly spun round on the floor to face her from under the table. “Hi Lizzy, have you seen my pet snake? It went missing this morning and it’s got Bobby in a right state.” 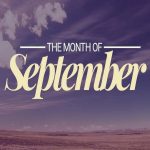 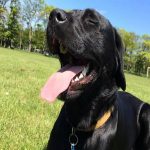