On The Right Tracks 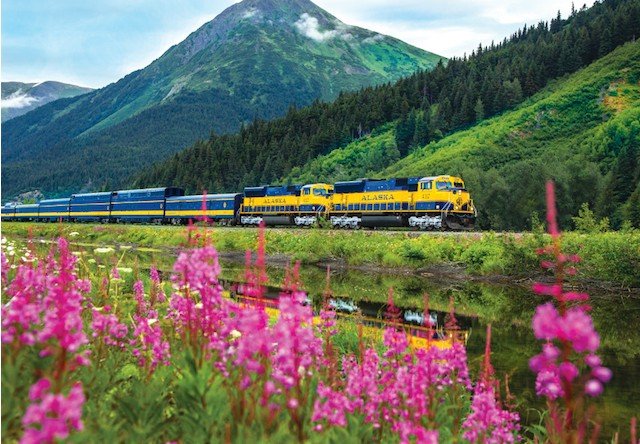 All four of them had been looking forward to the Mountain Walk. They had been on many walks together but this was the first time they would attempt one of the popular routes to the top of the Mountain. It was only just a Mountain at a fraction over 1000 meters, but it was the biggest one around. It had taken quite a bit of planning to get together on what appeared to be a good day for the “expedition”, as they had named it.

There had been a great deal of discussion about the route to be chosen. Three of them preferred the most direct route but Tom was more wary. Although the weather forecast was favourable it wasn’t perfect. There was a slight possibility of cloud forming and as the temperature was going to be in single figures at the top, there was also a chance of rain. The most direct route was steep and he thought it would actually take longer and so leave them with a greater chance of encountering the rain, if it came. The others thought he was being too cautious and the group decision was to take the direct route. They left their details with the reporting hut at the car park and set off in the warm sunshine. They had not gone far along the track when the cloud started to form and the nice sunshine became a grey overcast. This was actually almost perfect walking conditions and they made good progress on the way up to their first checkpoint.

Being experienced walkers, they always set themselves checkpoints to make sure their progress was on track to safely complete their “expedition”.   The route now became a little more challenging as the path began to rise more steeply and the surface became more slippery underfoot. Small streams were crossing the path as a result of previous rainfall and the temperature was now already into single figures. It was time for a break and a decision as to whether to continue or perhaps turn back. Tom was having none of it. He insisted that the slightly deteriorating conditions were expected and there was still time to change the route to the slightly longer but quicker one which would enable them to complete the day they had been planning for so long. The discussion became heated and although they knew it was not the best idea, in the end they decided to split up with three of them returning to the car park and Tom continuing to the summit by himself, by the longer route.

They rearranged the packs and equipment leaving Tom with the small tent which was always part of the team equipment, even on casual days out. They confirmed each other’s routes and parted company at the junction of the direct and longer routes. Tom made good progress to his revised, second check point but by this time the cloud began to descend to meet him as he climbed. He thought the best decision was to continue to the top along the well – marked track as the view below looked worse than the slightly brighter view through the thin cloud above. Then the track gradually petered out. His map reading skills were fairly respectable and he thought he was near the top but in the thick mist, with no reference points, he was lost. He knew there was a very steep edge somewhere and decided to pitch the tent and wait for the visibility to improve.

Tom had just settled inside the tent when he thought that he could hear a helicopter searching the mountain side but the noise was not quite right, it was a steady note rather that a thumping sound. Then the noise suddenly stopped. The low and indistinct sound of voices began to pierce the mist and he was sure he heard his name called. As the sun finally began to disperse the low cloud, the form of three figures appeared in the distance, moving in his direction.   “Hi Tom, are we glad to see you. Come on, get your stuff together, we bought return tickets on the mountain tourist train and it leaves in ten minutes”. 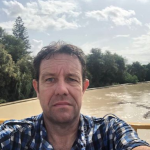