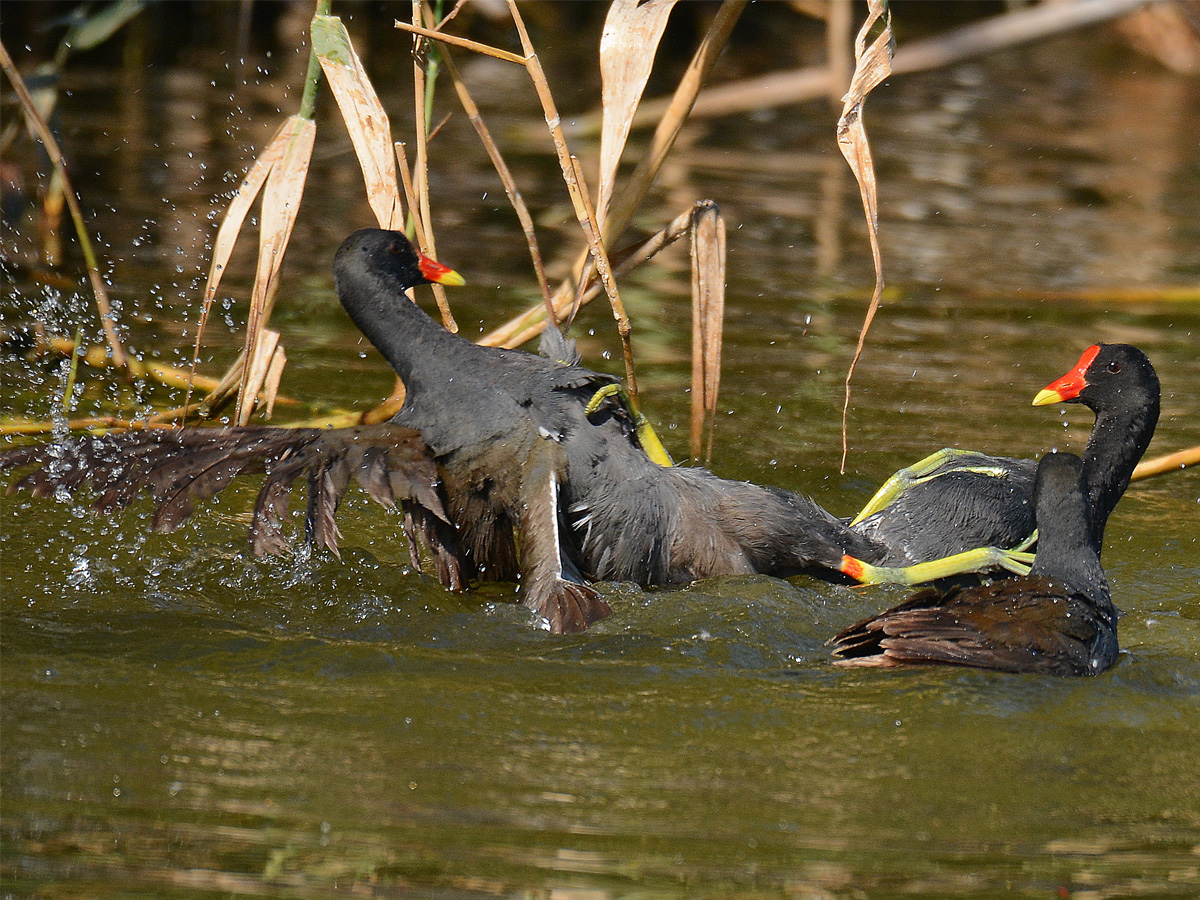 What’s in that Clot?

One of the many things I have been unable to fathom throughout my life is why the makers of a very popular video game felt the need to make the opponents of Angry Birds a bunch of green pigs. There are plenty of reasons why birds get angry, but green pigs are not high on that list – the main opponent of an angry bird is usually another bird of the same species.

You can see this in action right now in the Clot – birds fighting each other for mating and territorial rights, and the easiest ones to see doing this are the local Moorhens. This is the time of year when disputes are breaking out all over the place, and if you have a gambling streak you can place your bets on who will win on any number of scraps taking place right in front of you.

Moorhens have a very distinctive way of fighting, as you can see in my picture they specialise in giving each other a good kicking with their strong yellow-green legs. Usually a Moorhen dispute is just a quick chase across the water, but when the other bird refuses to give way it will end up in a kicking contest just like this one. The strategy appears to be to try and push your opponent under the water, but with equal strengths it just ends up in a shoving, flapping and pecking scuffle.

You might look at the picture and think to yourself that this is typical aggressive male behaviour. Moorhen adults are generally indistinguishable by sex, and you can’t tell who’s doing the fighting here, so it might surprise you to know there’s a fair chance that these are actually two females having a difference of opinion.

At this time of the year, Moorhens will have laid their eggs and will be incubating them. Oddly enough it is the male birds which do most of the incubating, while the females make sure that their prime nest sites are not taken over by another female. Of course the males will fight each other as well, but unlike most other bird species the females can be just as aggressive.

Moorhens may lay several clutches of eggs over the breeding season due to high levels of nest predation from the likes of Herons, Egrets and even on occasion from other Moorhens, so you can expect to see punch-ups between Moorhens long into the summer. The similar-looking Coots – who are distinguishable from the Moorhens by their white foreheads – also do a lot of fighting for the same reasons at this time of year, so the Clot pools become quite a battle arena for the next few months. 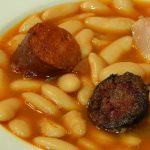 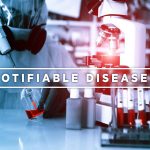