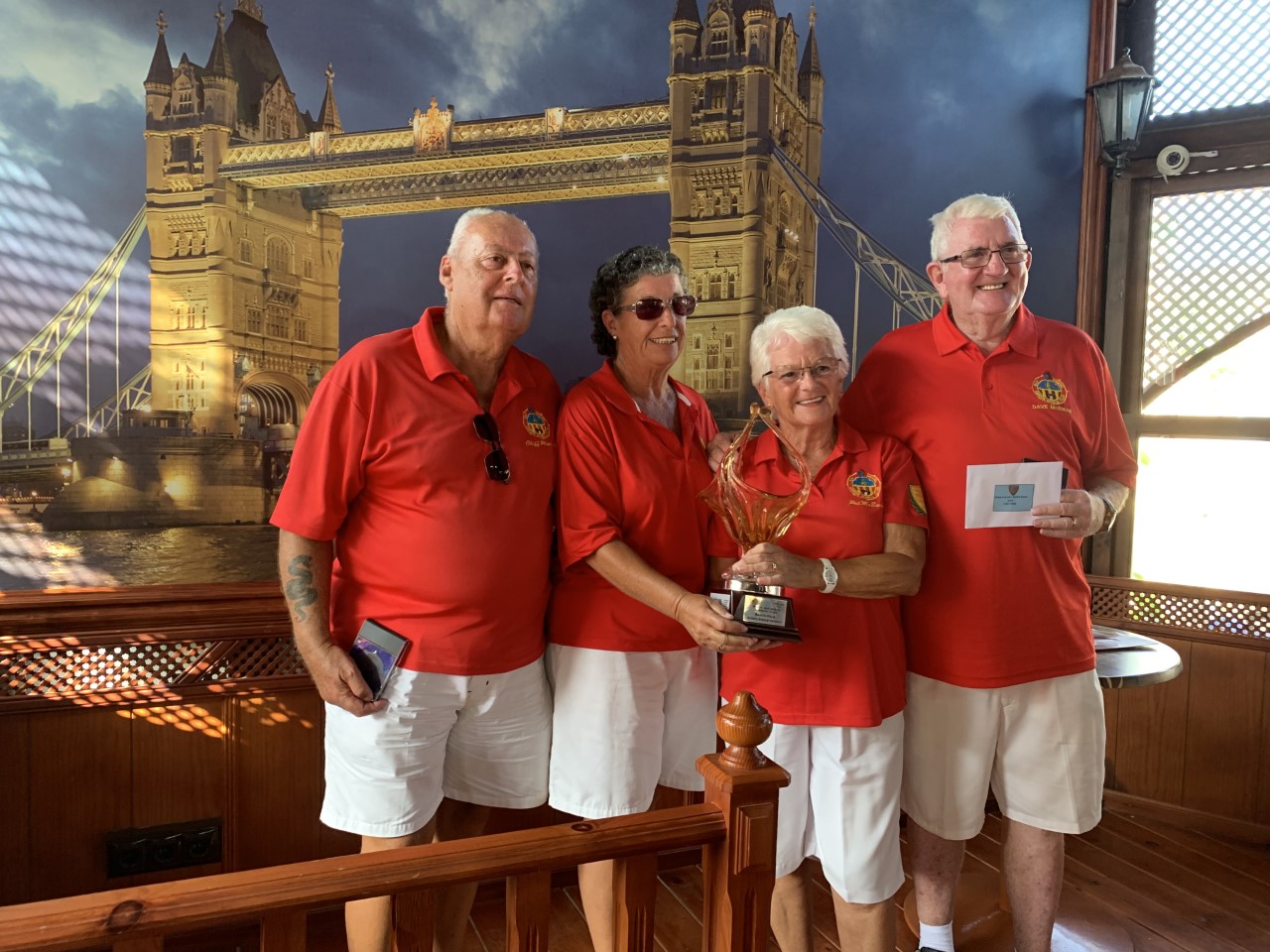 SUNSET LEAGUE
The eight week Sunset League was so popular it was decided to extended it for a further four weeks. Play was from 5.30pm until 7.30pm and then we all adjourned to the square opposite the club for a few drinks and eats. As before it was based on an individual’s performance over the four weeks and the winner for the ladies was Pauline Merry for the men Phil Goble and the booby prize winner was Ian Hamilton. They all received a bottle of wine which was provided by Graham Smythe.

MONTHLY CHICKEN RUN
The August chicken run was played on a very hot Sunday morning. Once again it was decided to play two games of seven ends instead of the normal two games of nine ends. Twenty four members took part a further six members paid their euro but didn’t play. Tanya won the chicken for the ladies and Dave Melville won for the men. The eggs were won by Linda Saunders for the ladies and Peter Morley for the men. Thank you to Jack and Tanya who donated the chickens and Ian and Julia Hamilton who donated the eggs. 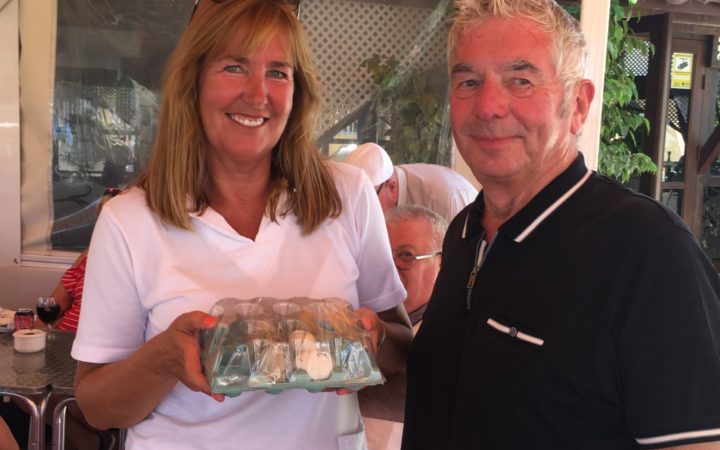 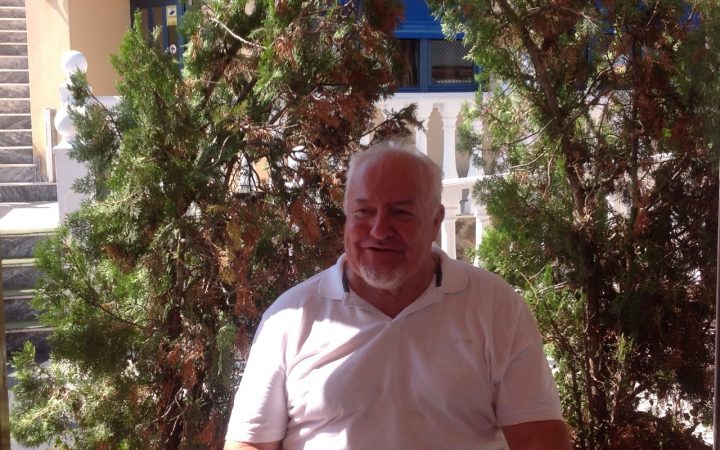 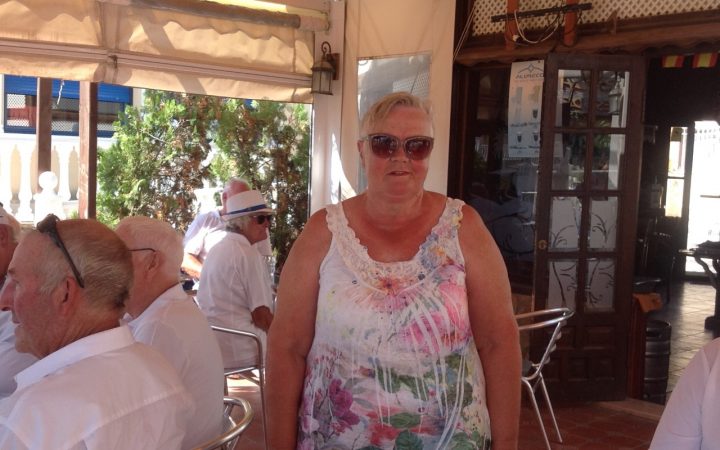 GRAN ALACANT MIXED RINKS
For the second year running the weather intervened and we lost one day of our Annual three day event. Unfortunately this year, we also had a reduced number of teams due to travelling difficulties caused by the severe weather. The rest of the teams mustered on day two and we got through the largest part of the group stages. 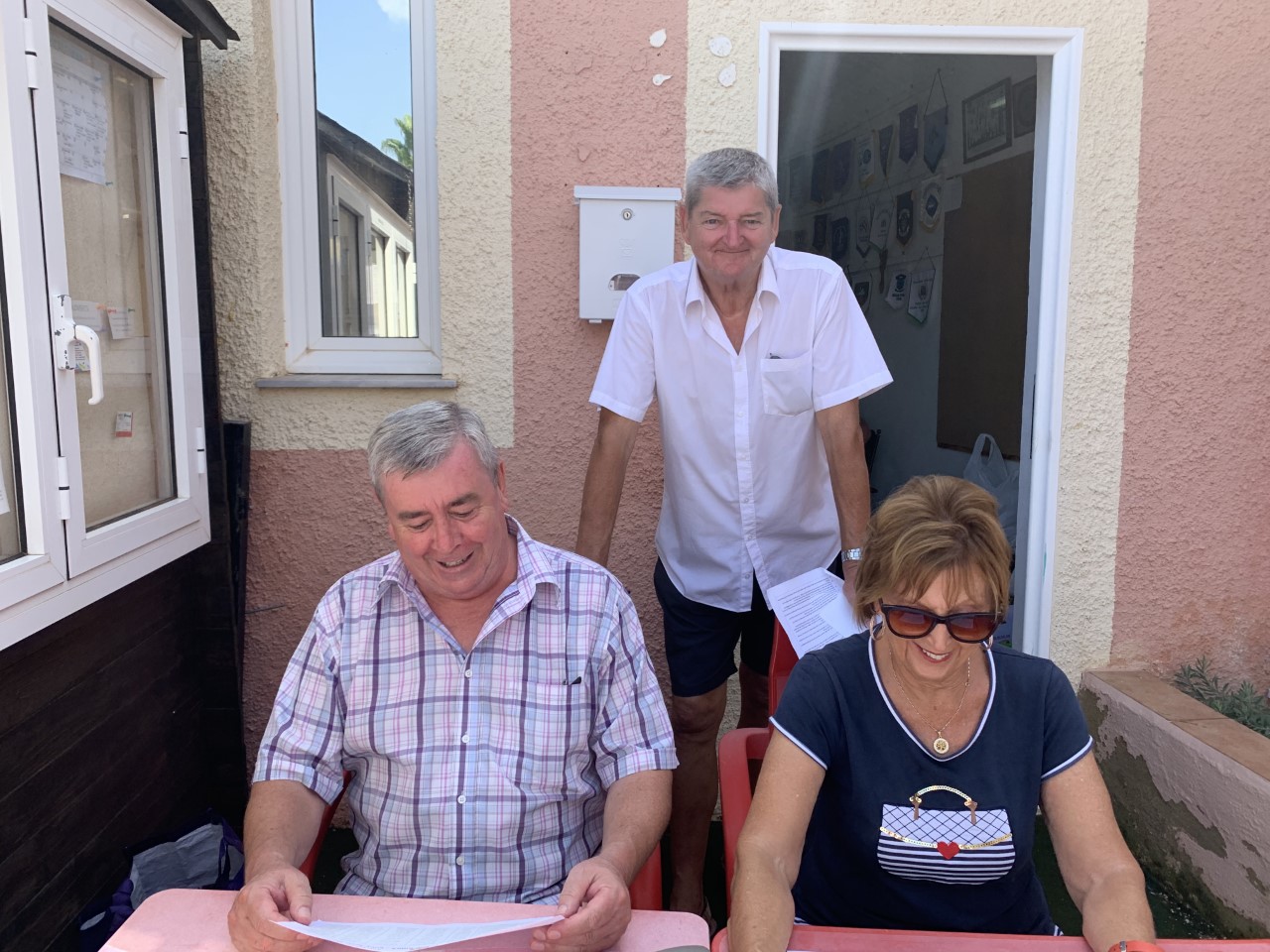 We also had a very successful cake stall with lots of lovely cakes and savouries baked and donated by club members. Moving on to day three, on Monday 16th September we completed the groups and moved on to the semi-finals. Monte Mar had one team in the semi-finals but they did not progress beyond this stage. The final of the Plate, which is for the runners-up of the groups, was won by the Quesada team of Jason Prokopowycz, Mark France , Colin and Mel Highland. They beat the team of Eve and Roli Bell, Chris and Dennis Wright from Bonalba. In the main event for the Trophy, two teams from San Miguel contested the final. The eventual winners were the team of Pat and Dave McEwan, Linda and Cliff Plaisted who beat the team of Ken Hope Paul Haywood, Dave and Lynne Greenland. 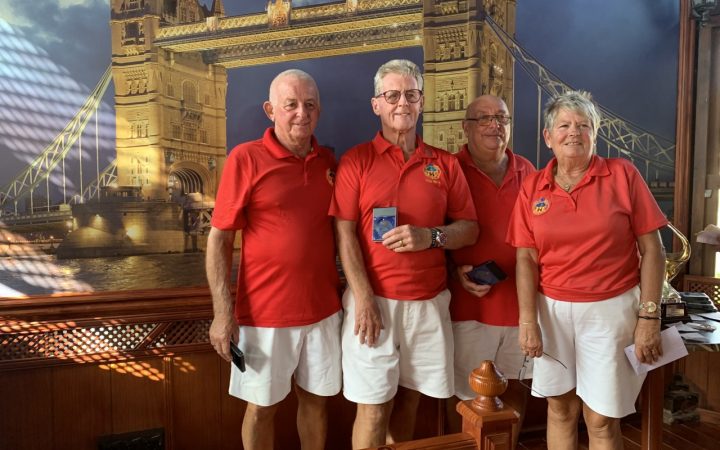 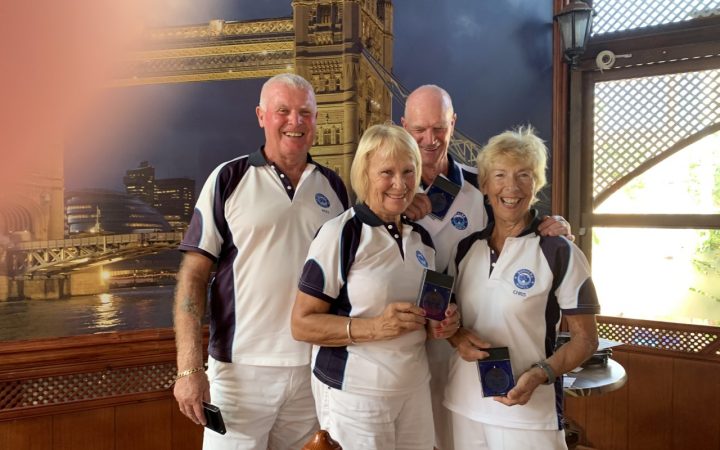 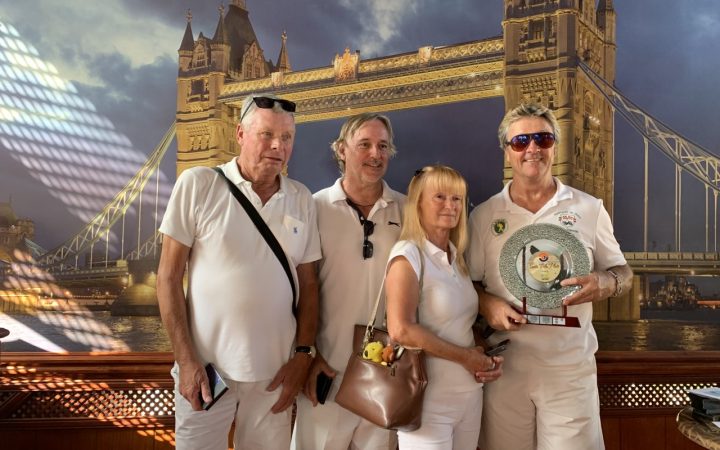 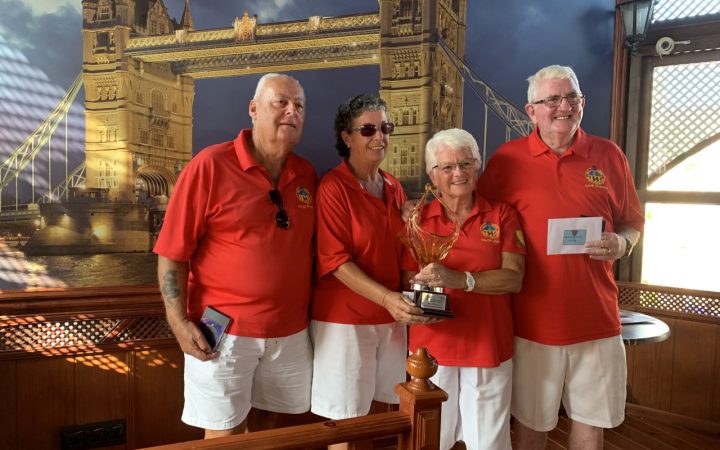 Following the event Club Chairman, Chris Harding, presented medals and trophies to the successful teams. He thanked the event organisers, members who ran the cake stall and raffle and also the bar staff at the club for their hard work. He thanked Avalon for sponsoring the event this year. We hope that the weather is kinder when we gather for the event next year.

Club Captain Chris Merry
Hi everyone another new season is about to start. I would like to wish Monte Mar and all our bowlers a successful season. Most of all enjoy your bowls and support each other at all times. 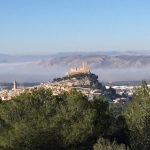 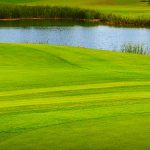