He was halfway down the path to the front gate and the sound of the door closing behind him, was like a gunshot striking him between the shoulder blades. He paused for a moment before continuing to the gate, where he turned for a final look back. If he cared to admit it, he would remember the moist feeling round his eyes as he blinked away the slightly blurred view he had of the house.

He had been with her for eighteen years and today had been the inevitable conclusion to an event that happened just a month before. It had been one of the most difficult decisions he had made, but he still believed it was the right one.

Everything had been like the dream existence for the first fifteen years. They had been as close as two people could be and there were very few occasions when they had disagreed and only one or two cross words between them. They had played together, cried together gone on holiday and prayed together. They had shared a bed together but eventually the time came when they did not. They both knew it was coming to an end but neither wanted to be the one to openly admit it or state the inevitable. They would have to move apart.

As in many families, money was the root of the problem. There wasn’t any. What little savings they had were gone and he had been unable to hold down any kind of job for more than a few weeks. Not his fault, it was the economy. They had moved house a few times and he had never had the chance of a decent education, so had no particular skills and the only things he could find were labouring jobs. The housing market had slumped and so the work had dried up. She could do some secretarial work but it didn’t pay enough to keep them both.

The stress began to tell when she started to talk about a man she had met at work. She talked about him a lot. It was clear that he had money but the way she talked about him gave a clear impression that she found more in him than just the thickness of his wallet. She liked him. Her voice, her face, her eagerness to go to the office, all told the story of a strong friendship. That was the beginning of the end. The relationship they had would not survive the inclusion of a close friend. It was not jealousy but the certain knowledge that nothing was going to be the same again and he would have to move out. Leave the family home. Leave her.

The decision to make was how far would he have to move? If he stayed close, it would be like walking a tightrope every day. There was the possibility that, in time, he could come to accept the inevitable and perhaps even come to terms with the new situation but as it stood, he felt that possibility was a long way off.

He almost stumbled on the solution during a job in an office block. The awkward display he was asked to install offered a chance to move away at short notice. The pay was good and the conditions looked OK. The quick move would avoid difficult and long winded explanations and maybe even an argument, something he desperately wanted to avoid. He told her that night when he got home.

The decision had been difficult but signing the paper was easy. He was given a bus ticket and detailed instructions on where to go and what to take. He finally arrived at the door to the place he was to stay for the foreseeable future and as he pushed it open he could see the plain grey coloured walls had been freshly painted but still looked uninviting. There was a sign to ”Admin”. Taking a deep breath, he pushed on the door and saw the uniformed figure seated at the desk, look up to welcome him. He wondered if all the other new Army Recruits had felt the same emotional strain when they left their mother for the first time. 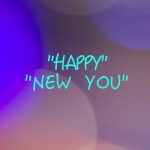 HAPPY NEW YOU! Previous
Cinema and Bowling fun for Ashlee’s 10th Birthday Next 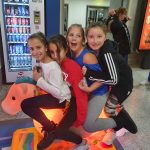