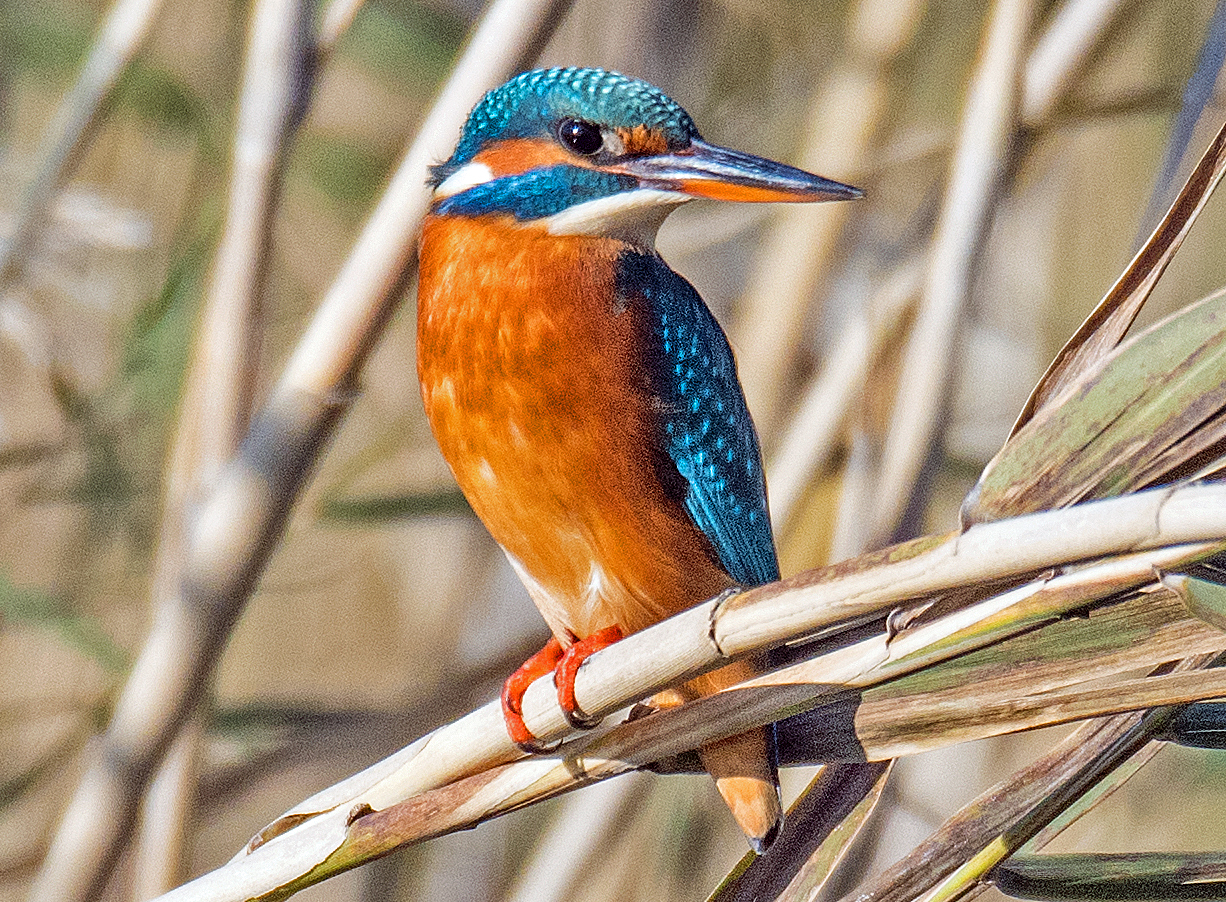 I’ve been coming to my house in Gran Alacant for the past 12 years, usually for 3 months in Spring and 2 months in autumn. Each season has turned up its surprises; it seems that each time I visit there is at least one remarkable occurrence in the Clot, and the end of the year just past was no exception.

As we are all aware, there was prodigious rainfall in our area in September, and a great deal of the water ended up in the Clot, where it has proved attractive to a wide variety of water birds. Most notable among them last autumn was the presence of several Kingfishers – a bird I have seen in the Clot on only five other occasions over the preceding 12 years. Usually, this had been a fleeting glimpse, the longest sighting had been for just two or three minutes at the main pool.

Last October and November, it was almost impossible to be in certain areas of the Clot without seeing at least one of these spectacular birds – they centred on the marshy area to the south of the large civil war pillbox, and a visit to the hide overlooking the reeds usually granted several views of them. On one occasion, I had two birds sitting in the surrounding foliage, while a third bird flashed by at high speed.

As far as I’m aware, this is an unprecedented influx of Kingfisher numbers to our area, sightings in the Clot were matched by even more birds present in and around the larger El Hondo reserve near Elche. These are mostly not resident birds – Kingfishers are often short-distance migrants, coming down from the central plain s of Spain to our coastal area for the winter; others are slightly longer distance migrants, going as far south as Morocco, but there is the feeling that higher water levels locally have made our area the ideal place to stop over.
So, how to see these spectacular birds? Your best bet is to visit the third hide – turn left at the side entrance to the Clot and walk for about 200 metres, you will find the hide signposted to the right. Listen out for the high-pitched single “peep” (sometimes repeated when the bird is excited!) and with luck you will get exactly the same view as of the one in my photograph, in the reeds right in front of you, or on occasion to the low trees left and right. This is a female bird, the light orange patch on the lower mandible is indicative; male birds have an all-black bill.

They are likely to be here for the next couple of months, they will disperse back to their breeding grounds towards the end of March and only a few individuals will remain to breed in our area. Make your New Year’s resolution to see one of these iconic birds – you won’t be disappointed!
You can see more photograph s of birds from our area by visiting www.marketheridge.smugmug.com