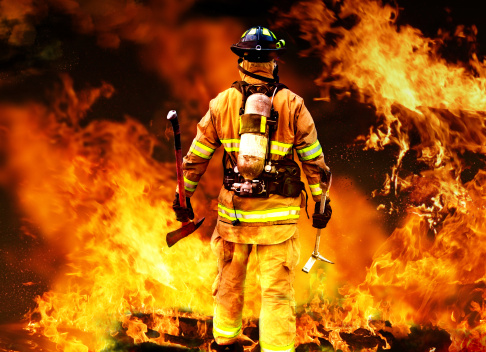 As the grey light of dawn filtered through the trees, he was able to make out the reason for his inability to move his foot. The impact with the tree has allowed the fire extinguisher which had been under the driver’s seat to move forward, pinning his foot against the brake pedal. However much he had pulled against it, there was no chance of him being released.

He began to piece together the events which led to his current predicament. Bundling the package into the back of the car; setting off and discovering the low fuel tank; stopping to ask directions and then almost colliding with the oncoming car as it careered across the bend. His seat belt was still firmly stuck and his leg hurt, but that might actually be the only positive point. At least it wasn’t broken.

The radio was still working and the news only made matters worse. After the crash, the police had found the two people in the car that came so close to wiping him out, and assumed it was a hit and run leaving him as the chief suspect. They had not searched for him in the area but had widened the search to where they thought he might go for fuel. Now, the two people in the other vehicle had been identified as a couple of local villains who had stolen the car before crashing it and there was no sign of damage from another vehicle. The police were returning to the scene to look again for the vehicle which they suspected was on the same road. His vehicle!

He regretted not checking the fuel gauge before setting out. He regretted stopping to ask directions. Without those two mistakes, he would never have been near that bend and would not now be trapped in a wreck, out of sight of the road. He had to get out of the car. During the night he thought he had heard scratching sounds on the car. His first thoughts were of animals hoping for an easy meal but the sounds had only lasted a few minutes. The wildlife would have persisted in their attempts to feed. The noised had resumed and they were definitely coming from the back of the car. It might still take the police and ambulance some time to arrive.

Although the lock was still refusing to budge, he began to extract himself from the seat belt. With the top part of his body now free, he could begin to work on the trapped foot. Pulling was not only painful but ineffective. Plan B, press on the brake pedal. The searing pain shot up to his thigh. Perhaps there was a fracture somewhere. It turned out to be in the brake pipes and as the fluid leaked out, the pedal moved. Reclining the car seat as far as it would go, he was able to drag himself free of the lap strap of the seatbelt. His attention how settled on opening a door. The front doors were obviously out of shape but the door behind him seemed in reasonable condition, reaching back, he pulled the door handle. The door opened. He closed his eyes and took a deep breath. Escape was still possible. There was sound of traffic up on the road. Vehicles were stopping and the sound of someone giving orders or directions, urged him to get out of the car. The whole plan was turning to a bag of worms.

It had all seemed so simple, so well planned. Wait outside the house until the couple left by taxi for their dinner engagement, slip in through the garden entrance, lift the car keys, grab the package and stow it in the back of the car then set off for the house in the country. He couldn’t have figured on the low fuel, stopping to ask directions and this stupid accident.
He dragged himself out of the back door and stood up. The leg hurt but he could still move fast enough down the slope and away from the police. It was necessary. How was he going to explain the young girl tied up in the back of the car?

Pestiños Previous
5 Gentle reminders that will help you have a happy year... Next 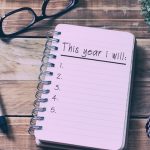