Hi, my name is Lynne and I have been lucky to call Gran Alacant home for the last 6 years.  People fascinate me and I love to hear about their adventures and life stories.  Over the next few months, I will be sharing some interviews with GA’s very own Superstars!

This month’s interview is with Paul Kane.  Paul has lived in Gran Alacant with his wife Joan for just over 3 years and is the Chairman of The Royal British Legion for GA and La Marina.

Paul, what brought you to GA?

“Our family had been visiting Alicante City every Easter for 8 years.  One year we couldn’t book our usual apartment in the City so we rented a house in GA and fell in love with the place.”

What made you relocate here permanently?

“Ill health primarily.  I had cancer, a kidney removed, a heart attack, a brain virus which had me hospitalised for 6 weeks and Bell’s palsy down the left side of my face.”

What do you think contributed to your ill health?

“I believe stress contributed a lot to this.  I decided to retire before it was too late.  When I left the army in 1991 I opened up a funeral directors in Manchester. My company was one of the first to offer low cost funerals at a fraction of the price of our competitors.”  In the space of 6 years, Paul’s business grew to 14 branches and he was working 24/7.

By the time Paul arrived in GA he couldn’t even walk 200 yards.  He had sold his share of the business to his business partner and decided to live in Spain and focus on his health.

Did you enjoy working as a Funeral Director?

Yes, I loved it.  I met so many nice people and enjoyed helping them through the most difficult times of their lives.  I made new friends every day.

How long were you in the army?

I started as a Gunner and worked my way through the ranks to Captain then acting Major.  I was open to any training that was available and my biggest motivation was my family.  I served through a number of wars and conflicts.

How did it affect you?

“A lot of army servicemen suffered from PTSD, myself included. I went to see a clinical psychologist every week for a year.

It took me 5 years to seek proper treatment.  Joan was my tower of strength.I don’t think I would be here today if it wasn’t for her.”

Paul is now helping other PTSD sufferers.  He attended a British Legion Welfare Counselling course which gives people the skills to help others.

What did you enjoy about being in the army?

I liked the teamwork. Even in the most difficult of circumstances we were all locked together and were there for one another.  I also loved the training and educational opportunities.  I got my GCSE’s in the army. I was a mature student at Salford University doing a Degree in Politics and Modern History.  It allowed me to be at home and work as an instructor in the officer training core where students learn about the different roles in the army … and I got paid to do it!

Tell me more about your wife Joan

“We recently celebrated our 45 year wedding anniversary. Joan has been a good influence on me. I was a bit of a bad lad at school and left with no qualifications. I joined the army then met Joan in Manchester. It spurred me on to get a grip of my life. I took every education course and opportunity available to me in the army.  We have 4 children Dominic, Damian, Paul and Michelle and 6 grandchildren.  I worked as hard as I could for my family, they were definitely my biggest motivation.”

How did you become involved with The Royal British Legion?

“When I left the army I joined the local branch in Manchester so I have been a member since 1991.  Whilst on holiday here in GA I was walking past Skippers one day where they were having a branch meeting so I joined that branch also.”

RBL provides lifelong support to serving and ex-serving personnel and their families.They have been operating since 1921. Over 100 years helping anyone who has served even one day in the armed forces.

Tell me more about The Royal British Legion

“We have regular monthly meetings in The Pub on the 1st Monday of the month at 2pm. Anyone is welcome to join us, even members who have never served in the army.  Our group is inclusive.  We host regular fund raising events, awareness raising events and social gatherings.

All our members play a vital role in supporting the Royal British Legion. Members build relationships. They share experiences with like-minded people, and have a say in the way we run the Legion by voting through our branch network. But most importantly, they help us provide support to the Armed Forces community and their families. www.britishlegion.org.uk

We are always looking for willing volunteers to help us with roles such as Welfare Workers, Counsellors, District Poppy Appeal assistance.  It’s a great way to keep busy and help others.” 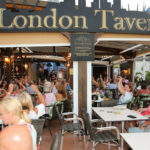 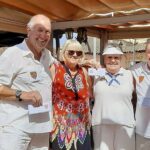