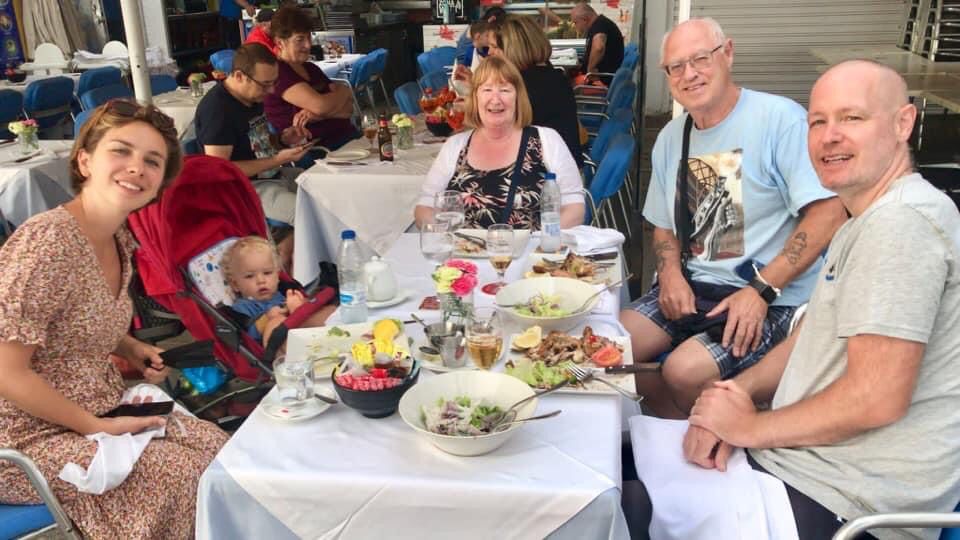 Hi, my name is Lynne and I have been lucky to call Gran Alacant home for the last 6 years. People fascinate me and I love to hear about their adventures and life stories. Over the next few months, I will be sharing some interviews with GA’s very own Superstars!

Tell me about your job selling the dream

“We were North of England Area Consultants for Euroland Properties, a company based in Santa Pola who sold off plan properties for various builders. Our jobs involved holding exhibitions in hotels and organising inspection trips for those interested in buying a home on the Costa Blanca.”

Did you ever get people just wanting a cheap holiday?

“Yes but we quickly learned how to recognise genuine buyers by the interest they showed in what we said and the questions they asked. We worked on a commission only basis, if one of our clients bought a house on an inspection trip Euroland Properties earned commission from the builder and we received a percentage of the commission. The best thing about the job was meeting people and helping them find their new property, a few came back to buy a second property through us and we made many new friends who we still see both on the Costa Blanca and in Newcastle. We had been visiting Gran Alacant through Euroland Properties since early 2001 and knew it was right for us and we completed on our new build holiday home in June 2005.”

Tell me more about your family

“We have three children, Michael, Andrew and Heather. Andrew (Andy) lives here in GA, he recently bought a beautiful home with his partner and daughter. Michael lives with his wife Yuliana and 2 year old son Daniel in San Sebastián de La Gomera in the Canary Islands, Yuliana is Ukrainian and they met while Michael was an Academic Consultant and teacher of English as a foreign language in Kiev. Yuliana’s mother and grandmother live in Kiev and her father and his parents live in Odessa so it’s a very worrying time for the family. Heather lives near us in Newcastle with her partner David and our grandchildren Isabella 6 and Freddie 9. We are a very close family.”

Why are you called The Pebble Lady?

“It was my birthday during the first lockdown and I was shielding because of my health, I was told not to go beyond my garden wall for 4 months. A friend brought me a bag of pebbles she had collected and her own paint pens and left them on the wall for me. She was apologetic that her birthday gift was not new but I thought it was a very kind gesture. She also gave me one of her painted pebbles, she’d painted a daisy and ‘You Rock’ to inspire me to create something similar. I quickly became hooked and painted pebbles most of the summer, I had so many I did not know what to do with them.

When socially distanced walks were permitted the safest place for me was a local park and the cemetery, I started hiding pebbles in plain sight to hopefully be found, the pebbles were simple designs of bees, flowers, hearts, rainbows, with words like be happy, stay safe, be true to yourself, be someone’s sunshine on them and I also left appropriate pebbles like Angels with peace on beside graves. After a few months and during a walk in the cemetery a lady shouted after me ”are you the pebble lady” she thanked me for putting a butterfly pebble with ‘find your wings and fly’ on her daughters grave, she said her daughter had suffered from ‘butterfly disease’ I had never heard of it but it’s a genetic disease. Well the name spread after that”.

After a while of leaving pebbles photos started to appear on local Facebook pages. Some people would report they had kept the pebble and others would say they had hidden them again for others to find. Kathleen later learned that a local woman, Lillian in her 80s, had been searching for an Angel pebble for nearly 2 years without success. Lillian lived in sheltered accommodation so a pebble could not be left on her doorstep but two months ago Kathleen was told she would be in a local tea room so went allow and presented her with her very own pocket Angel worry stone.

Just some of Kathleen’s Pebble Projects

Commonwealth War Graves: In 2020 Kathleen painted over 140 poppy pebbles, one for each war grave in the cemetery, to commemorate the 60th anniversary of her grandfather’s death. Her grandfather fought with the Highland Light Infantry in the 1890s during the Boar War and was atthe Relief of Mafeking, he re-enlisted with the Tyneside Scottish at the outbreak of WW1, was at the Battle of Passchendaele and taught unarmed combat skills to recruits. Also 60 poppy pebbles in 2021 and 60 in 2022 for the RBL to sell during the Poppy Appeal.

Pocket Angel Worry Stones: For the local maternity ward midwives and staff, Angel of the North pebbles were painted for the male nurses.

Tick-Tac-Toe Sets with handmade bags: To sell to raise money for the local food bank, a charitable organisation that supports those in need and for a local youth organisations that supplies breakfasts for struggling families.

Emoji Pebbles: Kathleen painted bags of emoji pebbles to help children in her grandchildren’s primary school to express their feelings during Covid.

How did you meet the friend who gifted you the pebbles?

“I was a Youth and Community worker for many years, I enjoyed working with youngsters and being involved in outreach programmes to try and encourage teenagers in to Youth Clubs and off the Streets. Lisa became a regular at one of the Youth Clubs I worked at, she lost her father to cancer when she was a teenager, the youth club gave her respite from what was going on at home, she said I helped her through that very difficult time in her life. We never lost contact and now over 30 years later we still see each other a couple of times a year.”

This touches me to the point I am in tears. The thought that Kathleen’s kindness to this young girl so many years ago made such an impact on her life that her gift of pebbles to Kathleen would in turn touch the lives of so many with the inspirational messages, it truly was a gift that keeps on giving. It is such a beautiful heartwarming story.

Thank you for your time and for sharing your story with us. 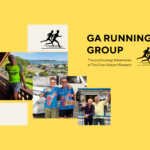 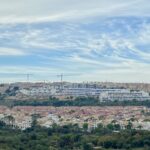