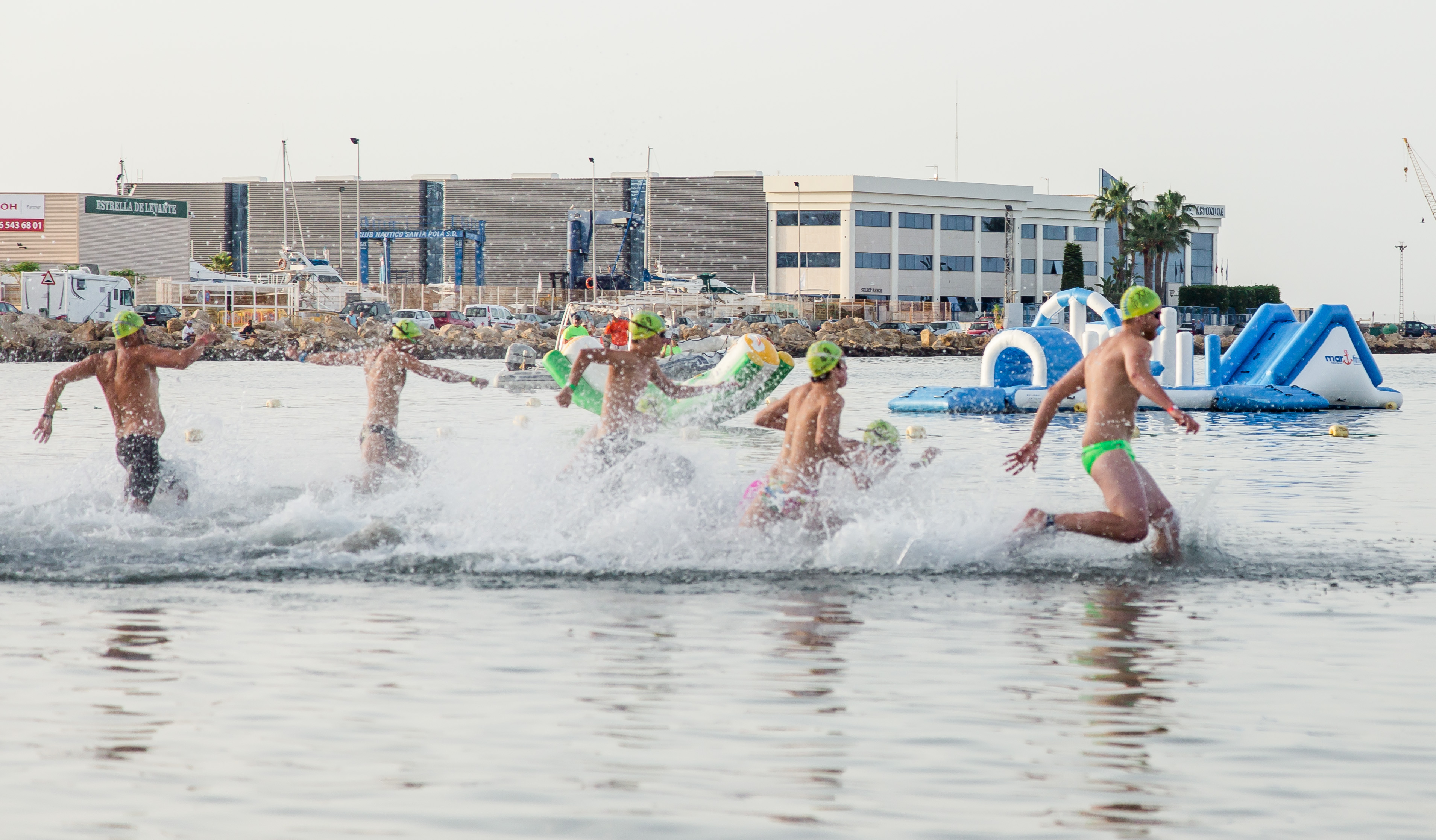 This year Lou and I were invited by the Santa Pola office of tourism to cover XXI International Swimming Crossing Tabarca-Santa Pola, which we were only too happy to do.

So on Sunday morning the alarm went off at 5:30am and we promptly arrived at the Santa Pola harbour an hour later only to be informed the event had to be cancelled due to rough open water off the island. Luckily, the big advantage of Santa Pola is that you always have a perfect place to swim in the sea, so there was a plan B for all the 1158 swimmers who had turned up – 203 women and 955 men, including 3 participants from Gran Alacant. There was to be a race from Playa Lisa to the Salt Lake and back, so after a short delay all safety boats were put in place and the hundreds of swimmers who came from all over Europe started to get themselves ready for the task ahead. Then the starting line was prepared and the contestants all gathered. A firework rocket was let off to signal the start and they were off! What an amazing spectacle it was – a real mad dash for the water. It was worth the early rise just to see the start of the race! As the swimmers swam into the distance and out of sight we decided to get a quick coffee and snack to await their return.

Around 1hour later the first swimmer arrived at the finishing line followed by the rest over the next couple of hours. Then it was off to the prize ceremony tent where refreshments had been laid on for all the participants. The overall winner was Daniel Ponce Jimenez with a time of 59 mins 52 secs and Rebeca Santos Arriaga in female category with a time of 01:01:28 During the prize ceremony a cheque was handed over for over 1400€ to a little girl from Santa Pola who suffers from a terrible spinal disease. Every year the committee takes into account two or three individuals or charities to choose from.

During the prize ceremony, a cheque was handed over for over 1400€ to a little girl from Santa Pola who suffers from a terrible spinal disease. Every year the committee takes into account two or three individuals or charities to choose from. The donation was raised by part of the entrance fee for the race.

If you would like to go and just watch the event next year it is well worth the early rise to see it, we are glad we did! You can see all our pictures and video below.

Thanks to our advertisers who continually support the magazine. 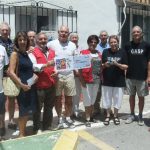 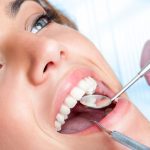