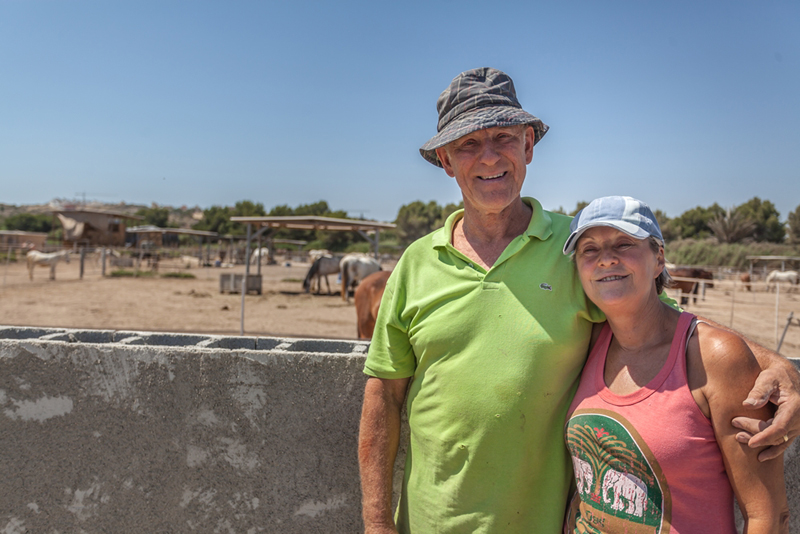 Generous supporters from around the world have donated €20,000 to rebuild and extend Easy Horse Care Rescue Centre’s crumbling perimeter wall to secure and protect the Spanish sanctuary’s 108 rescued equines.

Co-founders Sue and Rod Weeding began calling for donations in March, hoping to raise €7000 to extend the height of a planned boundary wall upgrade to provide better protection for the equines from the bitterly cold winter winds and blistering summer sun.

That followed a successful 2016 campaign to raise €13,000 to fund the initial boundary upgrade, which was prompted by a string of break-ins at the centre and intimidatory behaviour relating to the rescue of Oscar, a horse that arrived starving and dehydrated.

All up, more than 200 donors contributed to the campaign, with donations coming from as far away as America, Canada, Thailand and Singapore. That included one very kind donor, who wished to remain anonymous, who this month donated the final €800 needed to hit the overall fundraising target.

“Never in our wildest dreams when we started the rescue centre did we ever imagine that so many people would support us and be so passionate about what we do,” said Sue.

“It’s so uplifting and inspiring for us to know that so many people are behind us and believe in what we’re doing. We’re so grateful that people are willing to put their hands into their own pockets and donate to help us build this wall.”

The rebuild is more important than ever as the number of rescued equines at the sanctuary continues to grow, with yet another pony rescued last Saturday, the fifth rescue in just six weeks.

The stallion, believed to be about 8 years old, was found wandering the streets. Almoradí officers managed to catch the pony by wrapping police tape around his neck, then held him in a dog pen inside the police station until Rod arrived – events which underscore the importance of Easy Horse Care’s work amid a lack of official facilities for abandoned equines in Spain.

The pony is almost blind in one eye, likely the result of a severe blow to the head, and also appears to have serious confirmation issues. He is now being cared for at the Rojales sanctuary.

Sue said the new solid boundary would enable the centre to make better use of space as more rescues comes in. “We’ll be able to divide up the fields with additional fencing, creating four new turn-out areas, which will be invaluable for our 108 horses, ponies and donkeys,” she said.

With funding secured, construction of the wall is now on the home straight. Rod, formerly a professional builder in the UK, is doing much of the work himself and is now completing the final section of blockwork on the 218-metre long boundary wall.

Demonstrating the Weedings’ dedication to the project, Rod has been digging the knee-deep footings for the wall by hand since the centre’s mini-digger broke down last month, prompting them to call for donations to replace this critical piece of equipment. Donations can be made online at http://easyhorsecare.net/donate/mini-digger.

The Easy Horse Care Rescue Centre relies entirely on donations to fund its important animal welfare work. Good-quality furniture donations are currently sought for the centre’s charity stores, which are low on stock.

Located just outside Rojales at Partido Lo Garriga, 59, the centre opens to the public on the first Sunday of every month between 1pm and 4pm. Free horse tours run throughout the afternoon and refreshments are available in the café. For more details and directions, please visit www.easyhorsecare.net or search for @EasyHorseCare on Facebook. 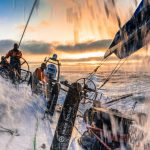