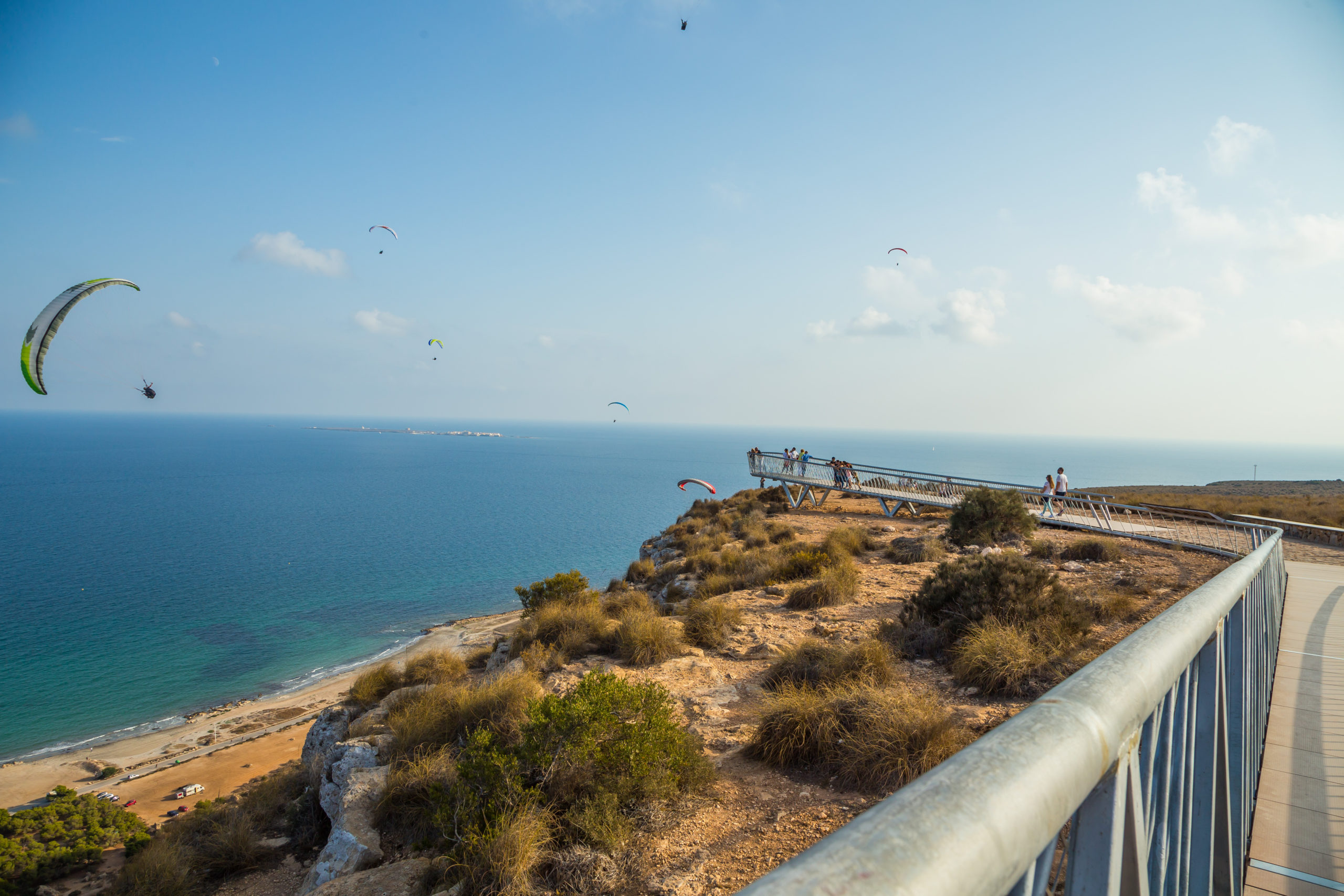 2021 was our first full year living in Spain and writing about our travels around the Alicante area and a little beyond. To wrap up the year we thought we’d bring things home and remind ourselves of the wonderful things that there are to see and do on our doorstep.

The defining characteristic of Gran Alacant is of course our location on top of a cliff overlooking the Mediterranean Sea. Our community clusters around a cliffline that rises up from Arenales in the North and leads to the lighthouse (“El Faro”) crowning the highest point of the cliffs just before Santa Pola in the South. These cliffs are partly composed of ancient fossilized coral. Below the cliffs stretches a broad sweep of beach and woodland, undeveloped except for a few temporary chiringuitos in the summer months.

Both ends of this cliffline offer differing worlds to explore on our doorstep.

Firstly, heading up the Avenida Escandinavia towards the Faro: This road leads to a complete world hidden away on the cliff top. The road ends in a dead end except for pedestrians who can walk out onto the cliff top.  To appreciate this majestic setting one can venture out onto the skywalk mirador built out over the cliffs, however not a walk for the very fainthearted!

The lighthouse itself is one of a number located on headlands along the coast and visible at night. The current building was constructed in 1857-8 and originally its light was powered by olive oil. It was converted subsequently to various other power sources finally being converted to electricity in 1958 has been automated since 1984. The flashes of light are said to be visible 27 miles out at sea on clear nights.

The lighthouse sits in a natural park that covers the cliff between Gran Alacant and Santa Pola and offers great walking and biking routes. The park also contains old military sites including shore batteries and a small barracks for troops manning the guns.

It is possible to exit the park into Santa Pola d’Este via a flight of steps leading from an ancient watch tower built by the Habsburg monarchs. We recommend taking time to explore this hidden cliff top world up above our community, it is a place full of nature and peace.

At the other end of the cliffs, where they meet Arenales at sea level, one encounters the Carrabassi beach. Gradually restored over the last 20 years this stretch of coast is in reality a collection of small beaches, dunes  and woodlands running along the base of the cliffs. The bars and nightclubs that used to populate its woodlands have been closed and nature has been slowly restored. The area has a quality quite unlike others in our province, the only development being a few old houses and the Guarda Civil barracks (which is now the oceanographic institute of Alicante University). The area has an unpolished character quite different from the glamorous development to be found on other parts of the coast. The protection and restoration of this part of the coast has been a great success and has preserved a slice of the Alicante coastline both in terms of nature and the community living there. The beach is however home to an ever changing community of caravaners who are permitted to park up and stay in the designated van sites; their comings and goings bring cheerful life to this stretch of coast even in winter.

One more of our favourite activities in the area is to enjoy the seasonal fruit and veg that the local area has to offer. In Santa Pola and Gran Alacant we have two wonderful markets; Thursdays in the upper part of Gran Alacant, just opposite urbanización Gran Alancant and Saturdays in the centre of Santa Pola. Our buzzing and colourful markets are a delightful asset to our neighbourhood.

Looking out at night from Gran Alacant one can make out the lights of the huge ships following the main North-South shipping route that runs along the horizon line off of the Alicante coast. This traffic is modern global commerce’s sinews and connects our world together.  However, to stand on that cliff and look out is also to stare back in time to the most ancient recorded history that played out across the Mediterranean.  Hopefully next year will bring an opportunity to journey out onto that wonderful sea and to visit other coastlines in neighbouring Mediterranean lands. Perhaps to take the ferry that runs from Alicante to Algers or maybe to visit other destinations from Denia port.

Whatever our adventures in the new year we will share them with you in our little scribbles and snaps.

God’s speed into 2022 to all the readers of the Gran Alacant Advertiser. 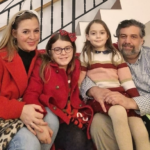 The Lowedown with Lynne - interview with Helen King Previous
Spoonbill Next