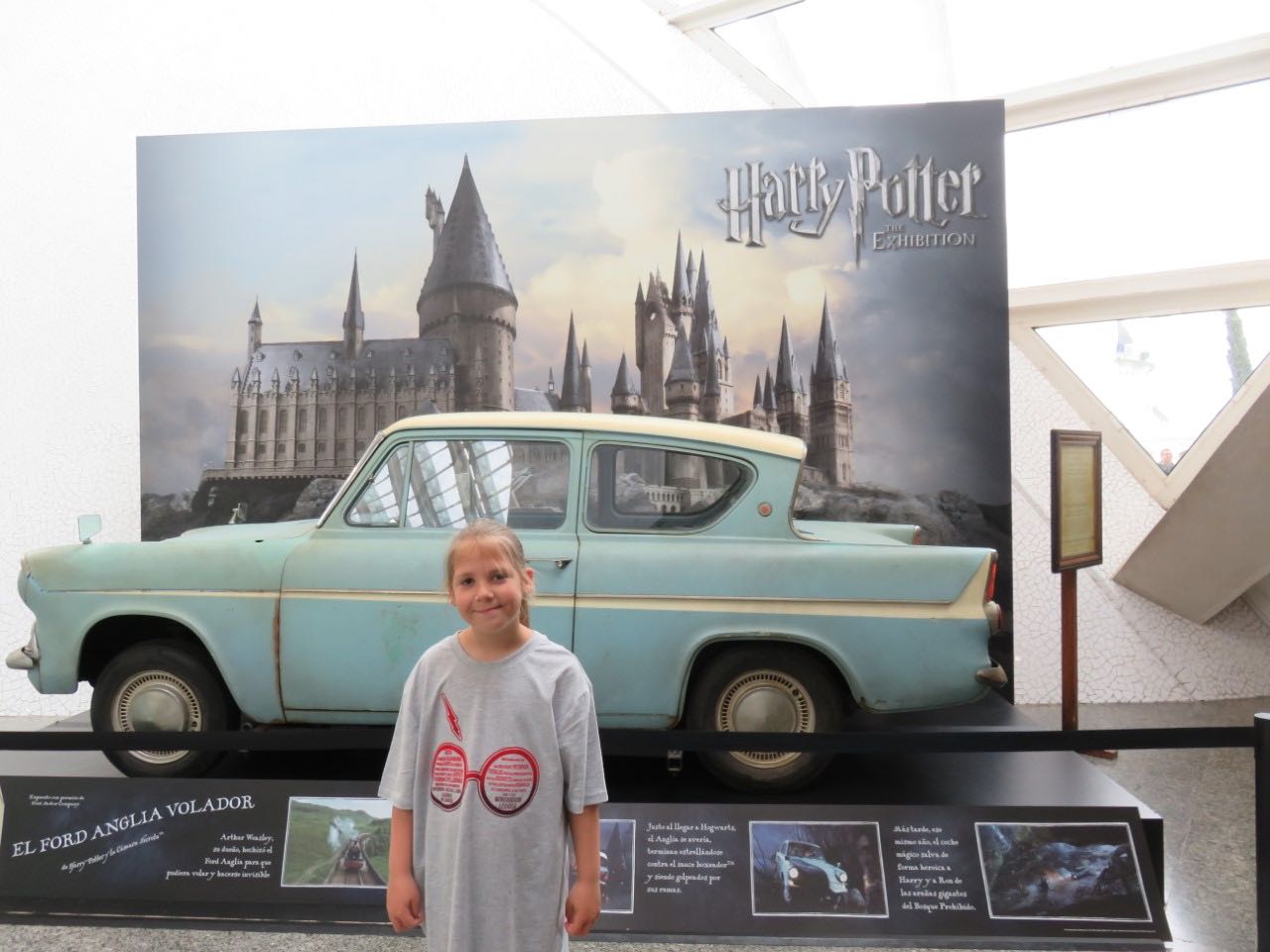 This month we wanted to tell you about our action packed Easter Weekend in Valencia, despite the awful weather!!!!! As regular readers will know, we have been to Valencia a couple of times before and have written about our experiences on a bus tour, including a visit to the stunning Church of San Nicolas and in the Oceanografic which is the largest Aquarium in Europe. This time we decided to go by train (thank goodness with the dreadful weather!!!) and as well as visiting the Oceanografic and Bio Parc Zoo, the main reason for our trip was to see the Harry Potter Exhibition which opened at the Science Museum on the 13th April and is there until the 7th July. Valencia is the only city in Spain that this travelling exhibition is visiting this year! 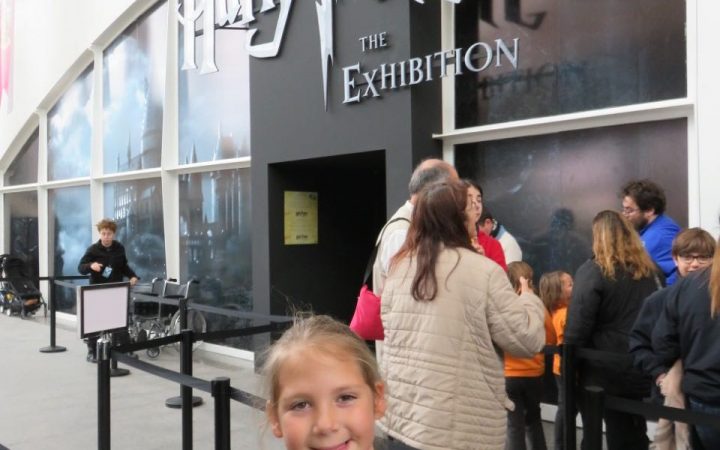 As big Harry Potter Fans, Ashlee and I were really excited to be able to go and I got us tickets for the final day of our trip. As soon as we exited the train station in Valencia we encountered a massive Nimbus 2,000 Broomstick that did a great job in advertising the Exhibition!! After a quick photo opportunity we grabbed a bus to our hotel, checked in and headed off for a very very wet visit to the Oceanografic.

On day 2 we went to the Bio Parc Zoo which I will write about next month, and then finally the big day had arrived …

We put on our Harry Potter T-shirts, stuffed ourselves at our hotel buffet breakfast and made the short, wet and windy walk to the Science Museum which I will write about in next month´s magazine.

Finally it was time to head to the Exhibition entrance, we excitedly joined the queue and once inside were given 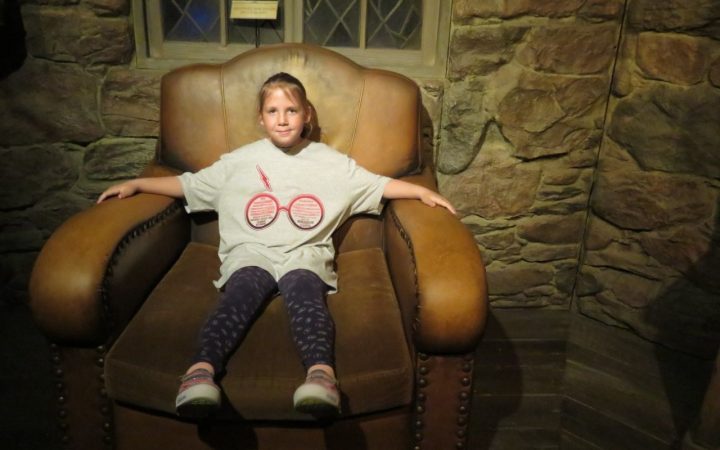 props and had our photos taken against a green screen (this is optional) and waited to enter the Great Hall. A Witch was standing next to the Sorting Hat and she spoke for a couple of minutes (in Spanish) before asking for volunteers. Ashlee was super lucky to be one of the 3 children chosen to have the Sorting Hat tell her which of the houses she would be in and she got her preferred choice of Gryffindor!!! We then saw some movie clips, walked past the Hogwarts Express and were confronted by tons of props and costumes from the films. It was fabulous to be able to see so many things that were displayed in the actual film sets. 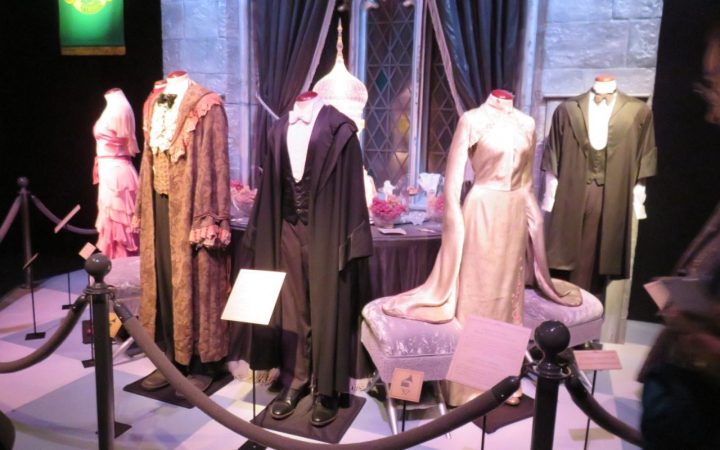 We saw Harry and Ron´s beds, the creatures in the Enchanted Forest, Dobby the house-elf and in Hagrid´s Hut Ashlee got to sit in his extremely large chair!! Iconic costumes, items such as the Triwizards cup, Harry´s letter from Hogwarts, the Philosophers Stone and numerous different wands were literally everywhere you looked. We spent a long time admiring everything before buying a few things from the extensive selection of merchandise in the shop and choosing our photos. Ashlee and I thoroughly recommend this exhibition to Harry Potter fans young and old. 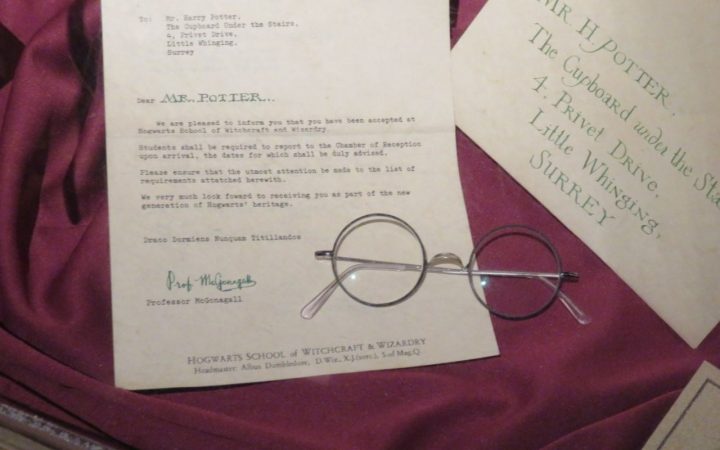 there for 2 hours). There are only a limited number of tickets available for each 30 minute time slot and all bookings can be made at the website http://www.harrypotterexhibition.com/ which is available in English and very easy to use. Tickets cost €18 for those aged 12 and above, €15 for 4 – 12 year olds, are free for those aged 0 – 3 and you can also buy family tickets for €13.60 each which can include 1 adult and 3 children aged 4 – 12 or 2 adults and 2 children aged 4 – 12. You can also buy combination tickets that give entry to the Exhibition and a) the science museum, b) the hemispheric (IMAX cinema) or c) the science museum and the hemispheric. 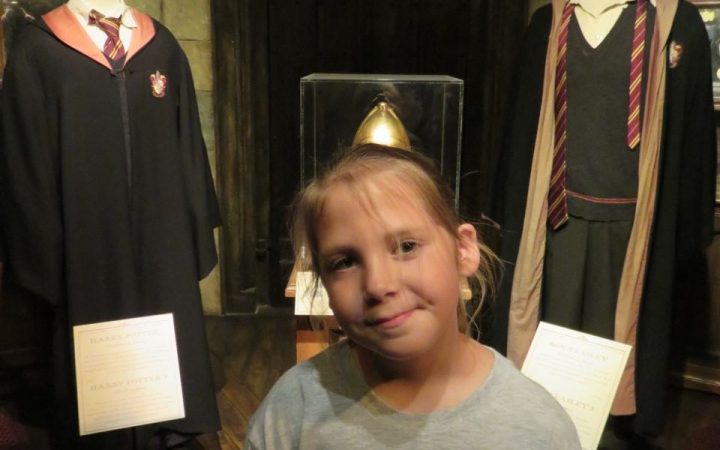 Audio guides in numerous languages are available, but other than the first part, all of the information is displayed in English and Spanish.

Come back next month to learn about our time at the BioParc Zoo and the Science Museum. 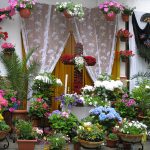 Tourist info for May 2019 Previous
Healthy Treats Next 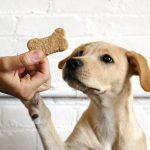