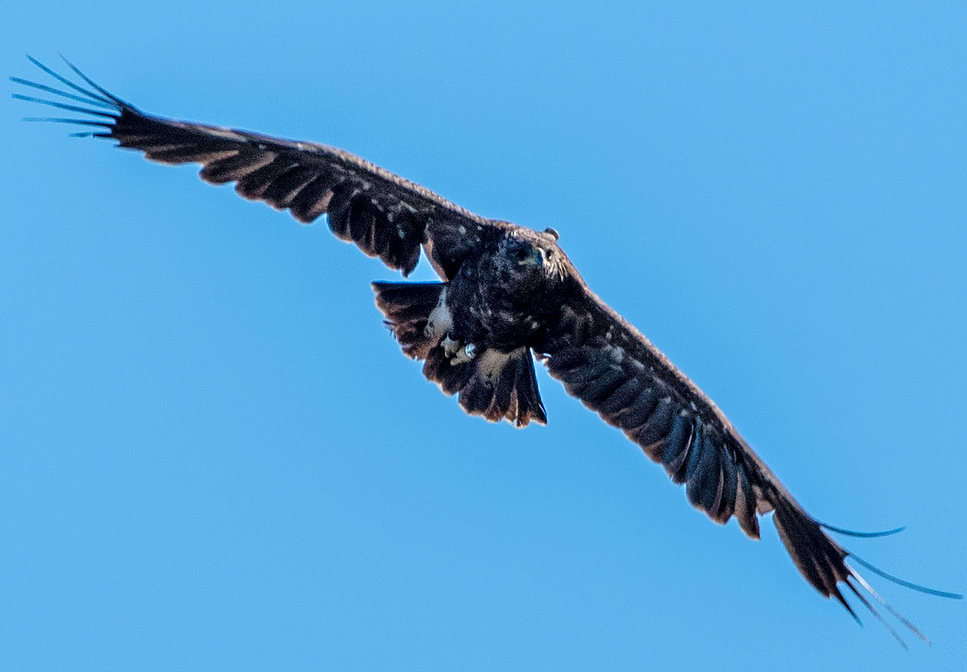 In May 1897, the great American humorist, novelist and social critic Samuel Clemens – best known by his pen name, Mark Twain – was in London. While Twain was in London, someone started a rumor that he was gravely ill. It was followed by a rumor that he had died, and one major American newspaper actually printed his obituary and, when Twain was told about this by a reporter, he said : “Reports of my death have been greatly exaggerated”.

We can but hope that reports of another death in Spain recently are equally false. Tönn is a satellite-tracked Greater Spotted Eagle who was born in Estonia in 2008, and every year since then he has spent the winter at the large El Hondo reserve near Elche. In late December last year, his transmitter stopped working while he was in the Dolores area, and there have been no reliable sightings of him since.

It may well be that his satellite tracker (which you can just about see on his back in my photo) has ceased to function – indeed it failed before in 2014 but he was recaptured and fitted with a new transmitter at his nest site in Estonia – but also the area in which he was last known to be is a place where a lot of hunting takes place. We aren’t going to know the answer unless either his body or transmitter is found, or more hopefully he turns up again at his nesting site in late April.

If reports of his demise are true, particularly at the hands of hunters, this will be an absolute tragedy since there are probably less than 10,000 individuals worldwide, and the species is classified by the International Union for Conservation as Extremely Vulnerable to Endangered. There are no definitive statistics for how long these eagles live, but most eagle species can live for between 20-25 years in the wild, so he has not yet reached his full potential.

The better news is that Tonn is not the only Spotted Eagle to make our area a wintering site; over the past few years up to six individuals have been seen here – reports this winter have been sporadic at best due to the prevailing circumstances – and El Hondo is now a regular winter outpost, far away from their usual wintering sites around central and southern Asia.

Tönn is one of the most famous birds on the internet, with an army of online fans in Spain, France, Germany, Poland, Lithuania, Latvia and Estonia closely following his travels as he flies over these countries. We will not know for sure if he has survived until he returns to his nesting site – I will keep you posted! However, if our worst fears are realised, it will be an absolute disgrace to the reputation of Spanish Wildlife Conservation.
You can see more of the birds in our area by visiting my site at
http://marketheridge.smugmug.com/
See you next month… 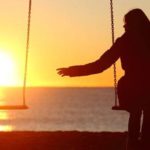 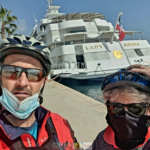