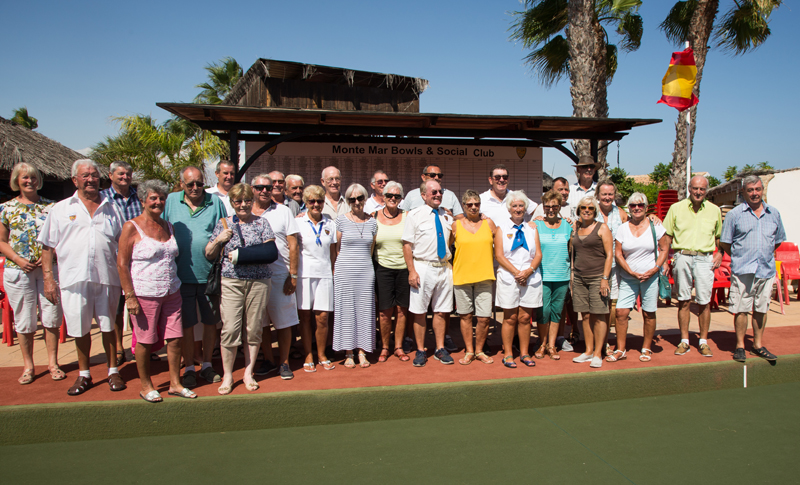 Sponsored by The Belfry, The Pub, Bowling Abroad and Avalon

Monday 11th September we had a practise day which included a competition open to all. The competition was won by Jan Gatward, Val Hignett, June Young and Ronnie Cairns all received a bottle of wine. 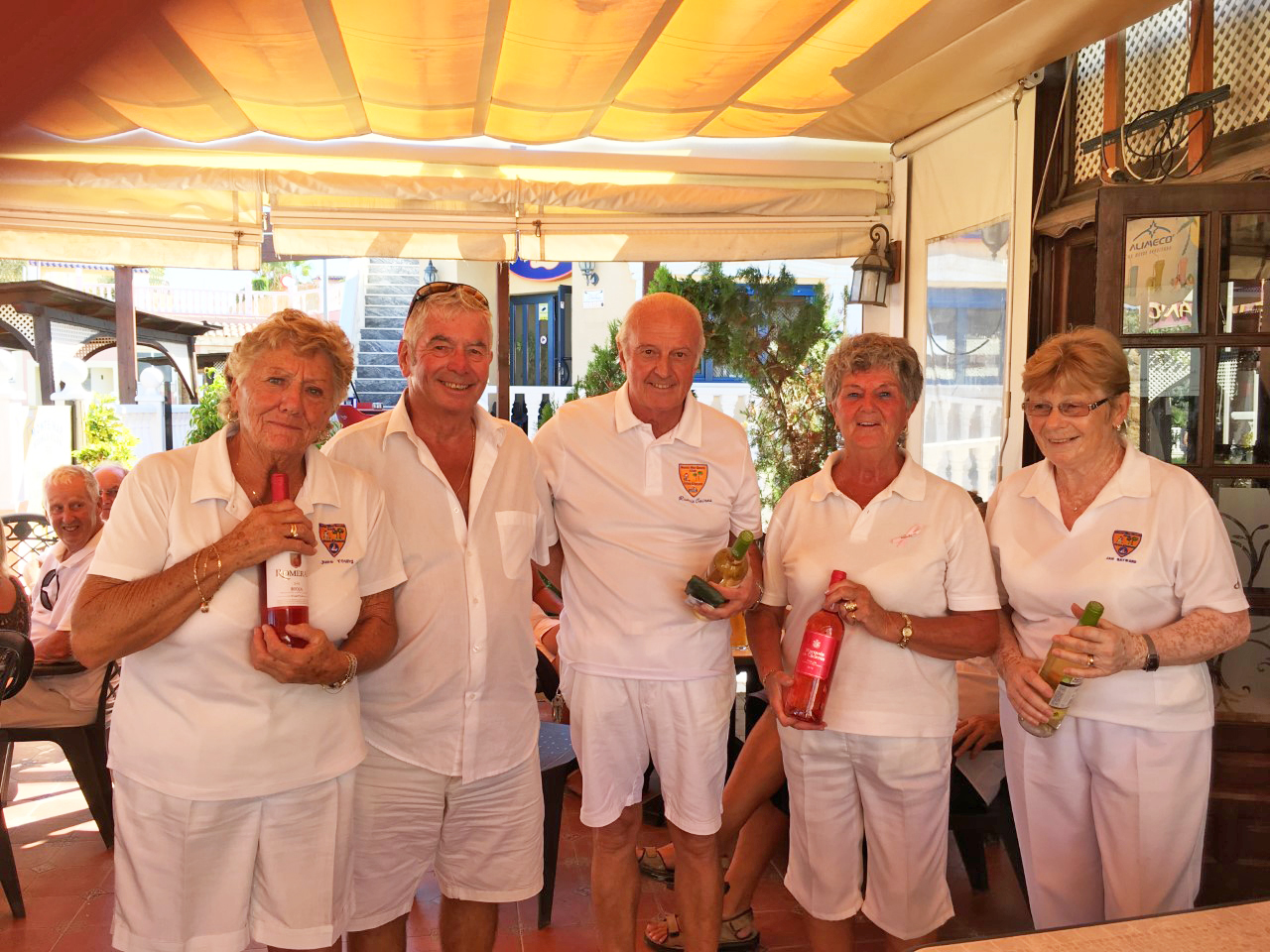 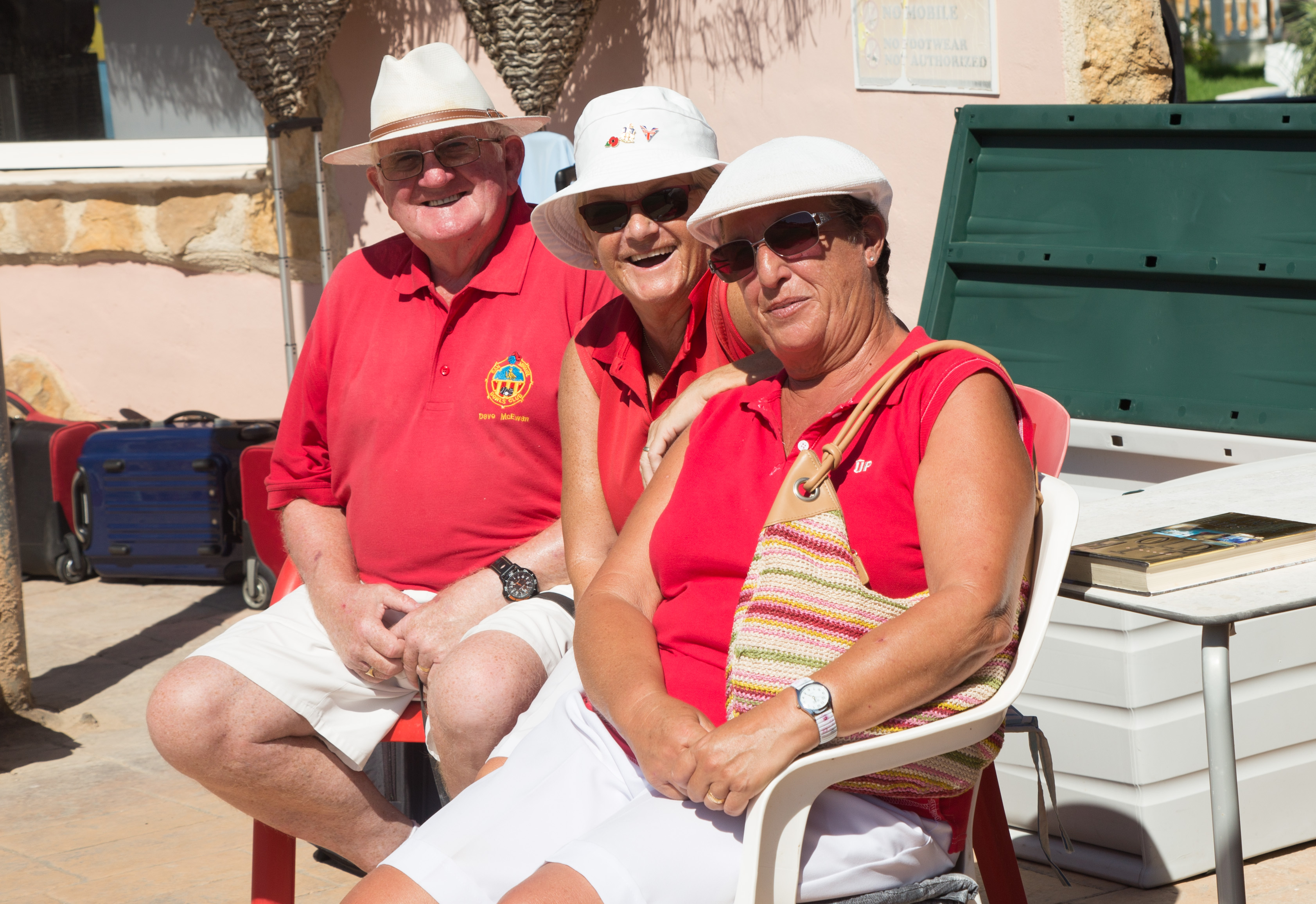 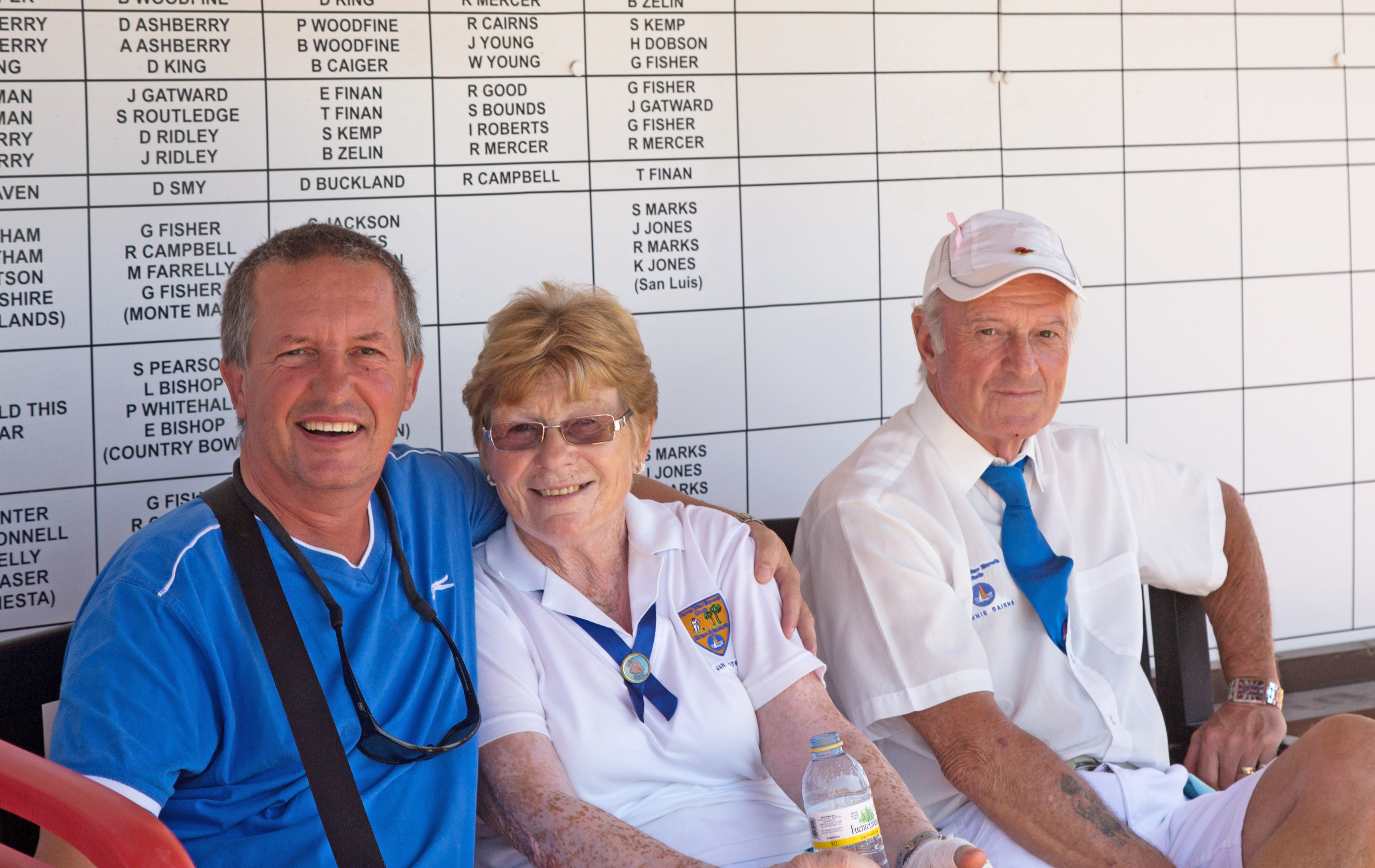 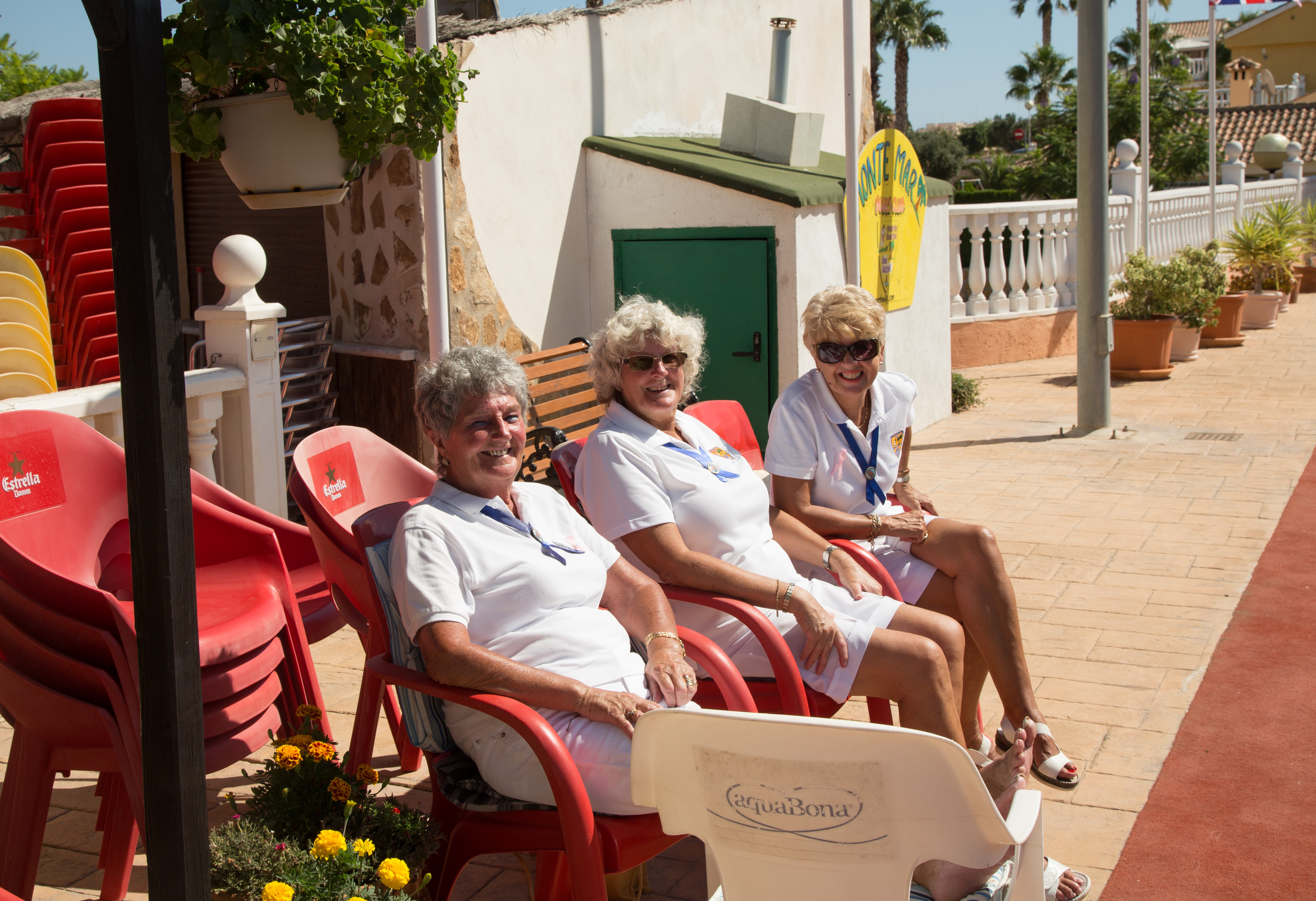 After four days great bowling the Gran Alacant Mixed Rinks drew to a close on the afternoon of Friday 15th. On the previous Tuesday twenty four teams started the competition, the first three days were group stages.

At close of play on Thursday eight teams were still in the competition. The last day was the semi-finals of both the Trophy for the winners of the four groups and also the Plate for the second placed teams in each group. What superb bowling we saw on the last day. Of the four semi-finals there were two ties where extra ends were played. The other two were also close with a brilliant last wood to win. 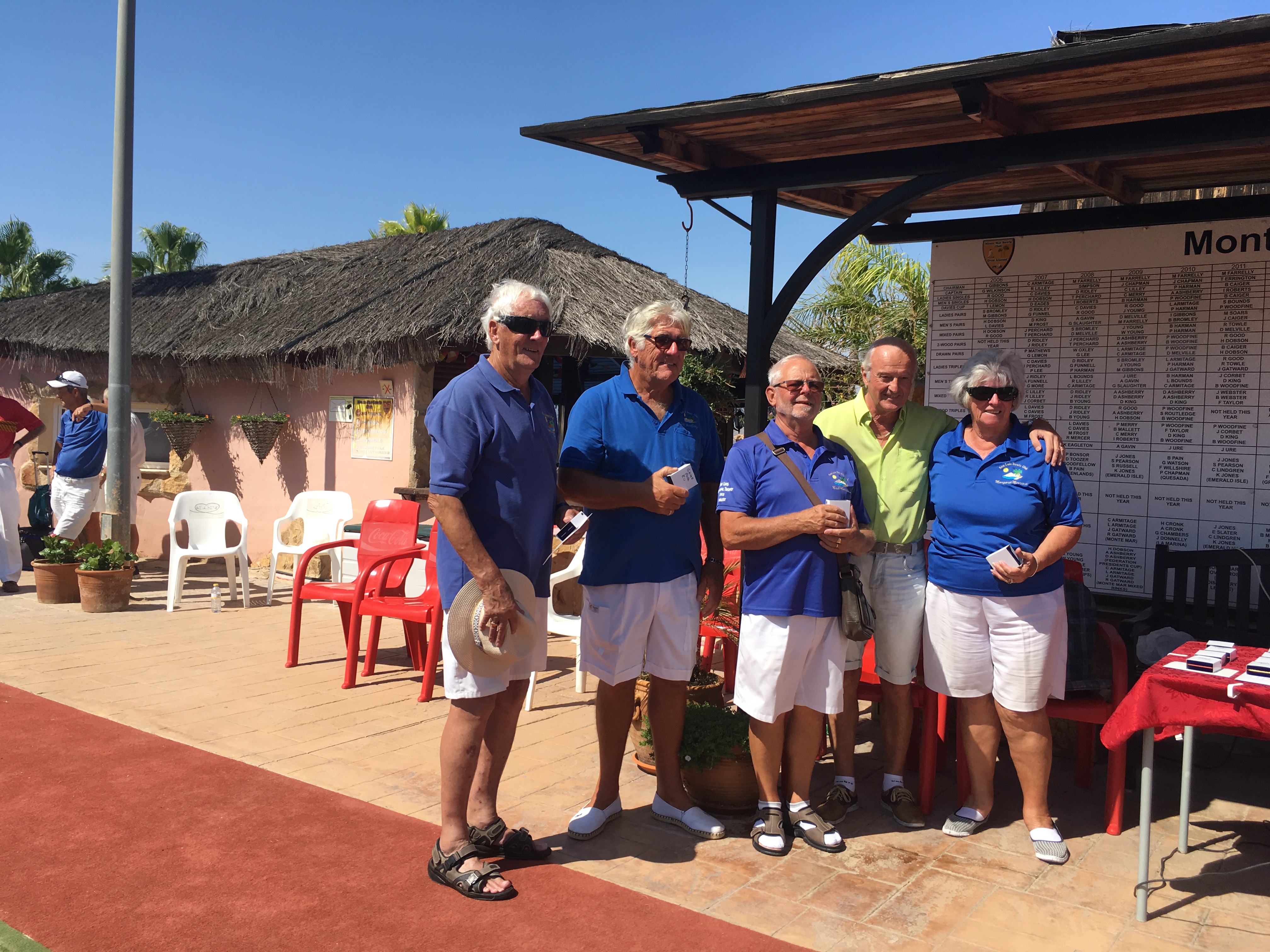 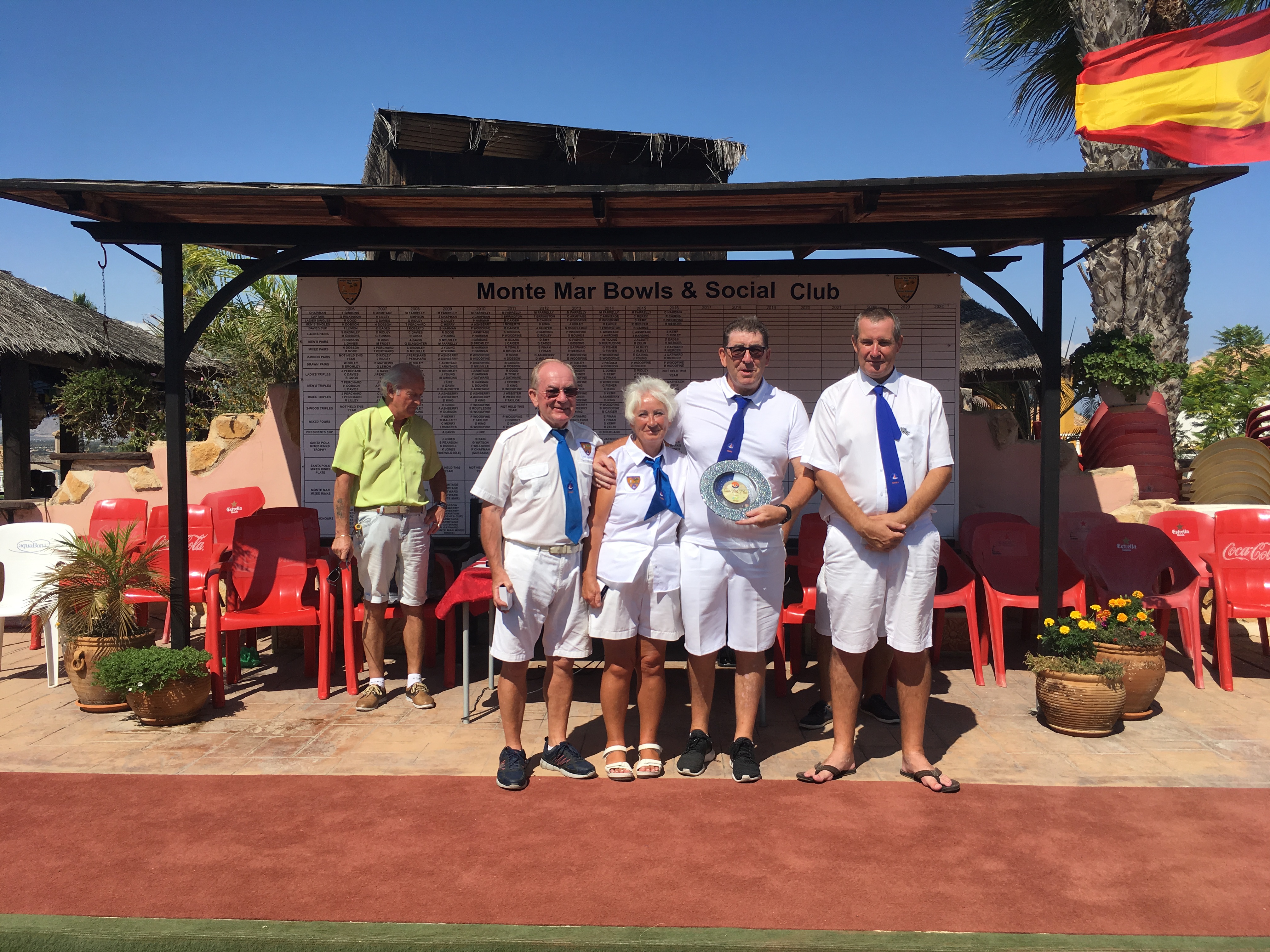 So it came to the finals with third and fourth place play off for the Trophy, this was won by June and Keith Jones, Sabrina and Russell Marks form San Luis who beat Pat and Dave McEwan, Linda and Cliff Plaisted from San Miguel. 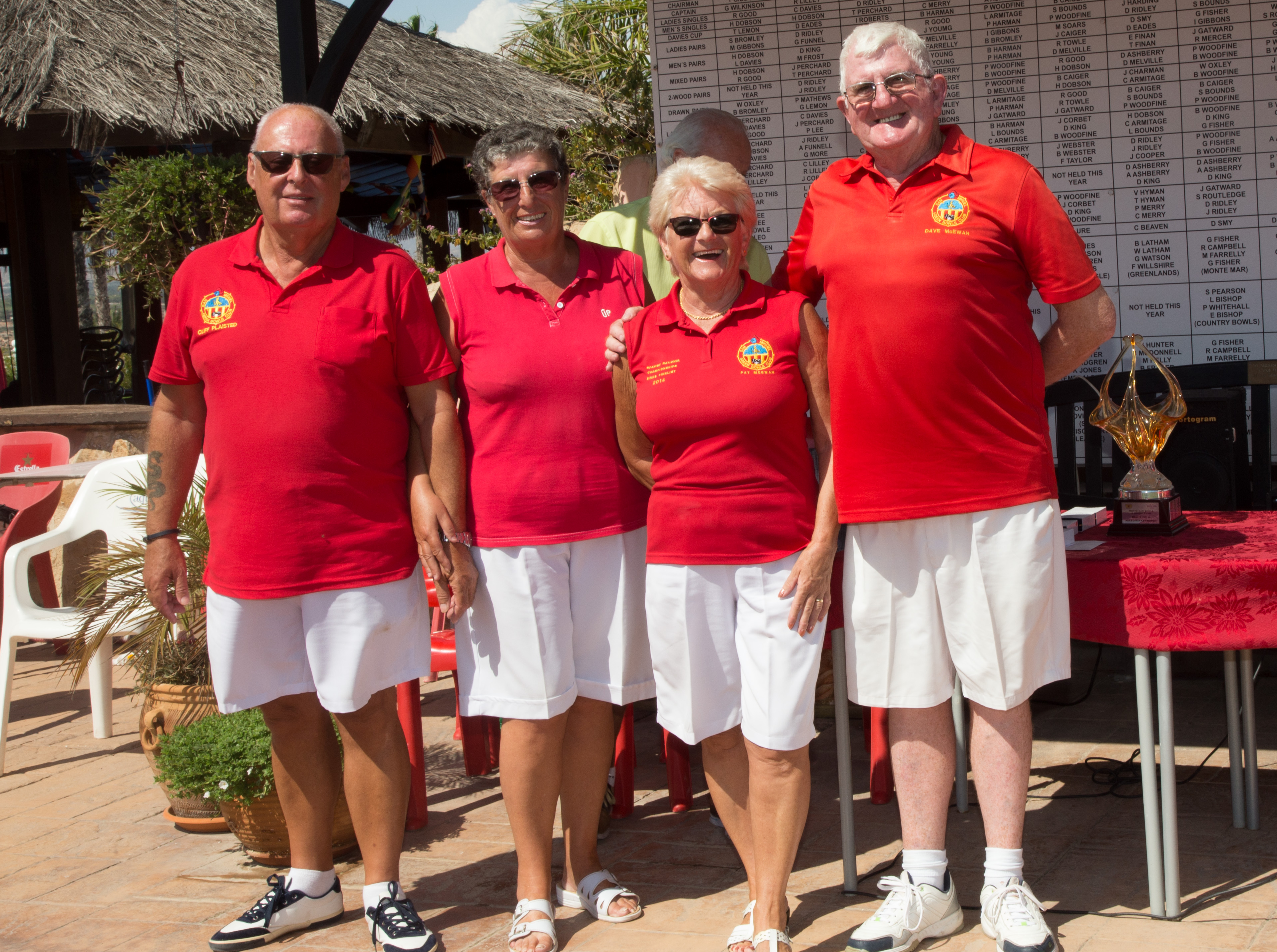 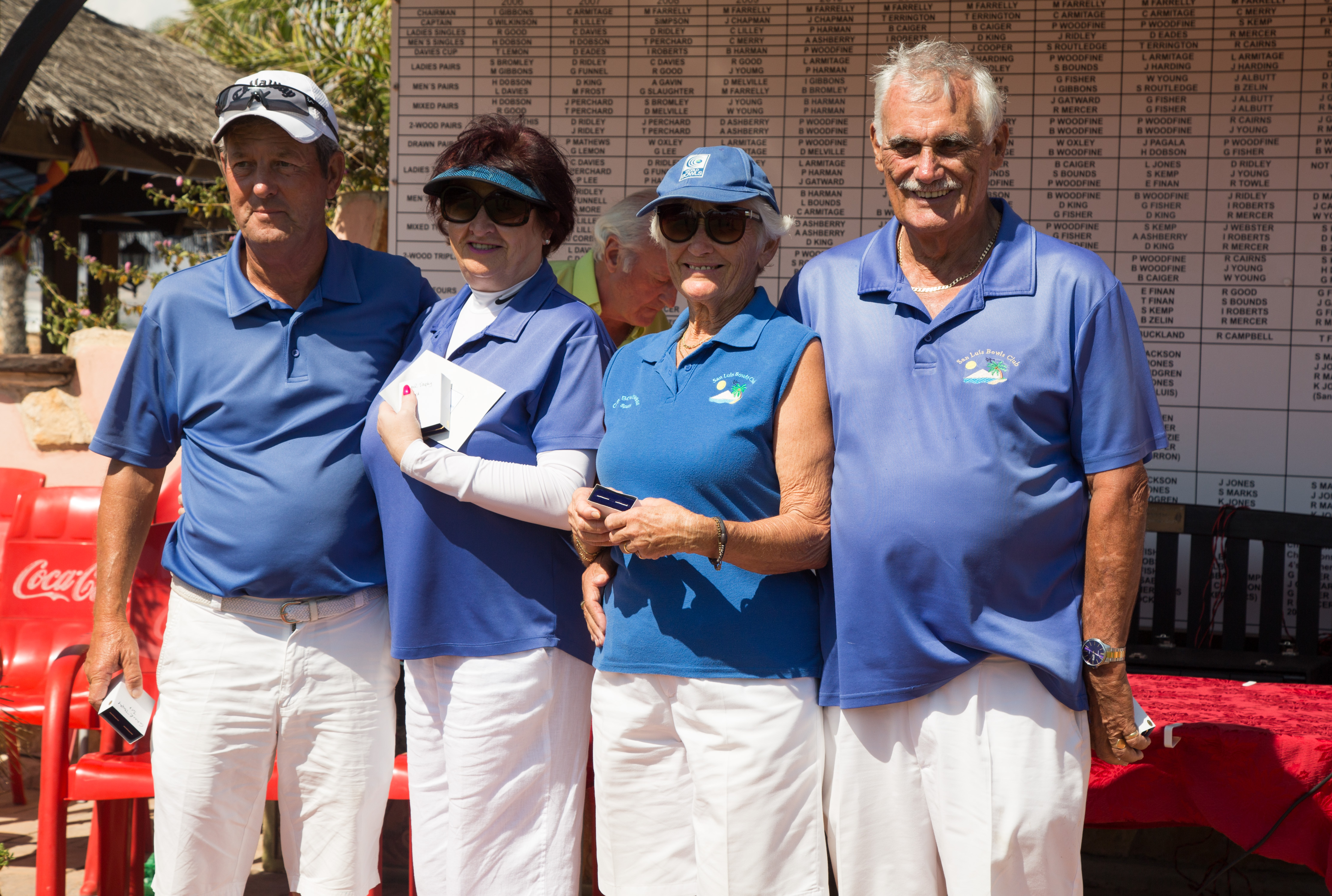 The plate was won in a very close game by the Monte Mar team of Wendy and Iain Sheridan, Howie Williams and Graham Smyth who defeated the San Luis team of Charlie Marigold,Les Bedford, Margaret and Neil Morrison. This was a nail-bitter of a game. 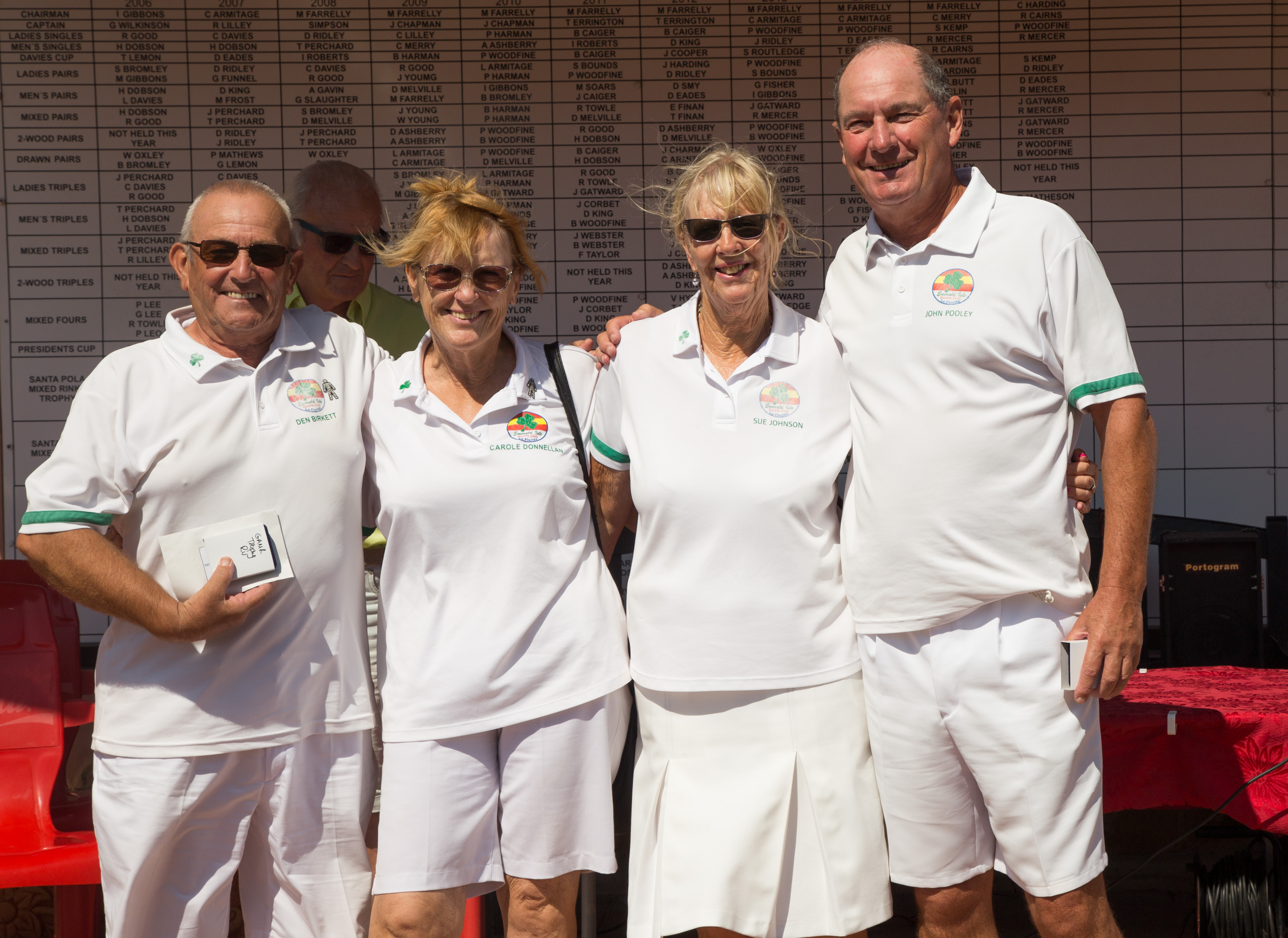 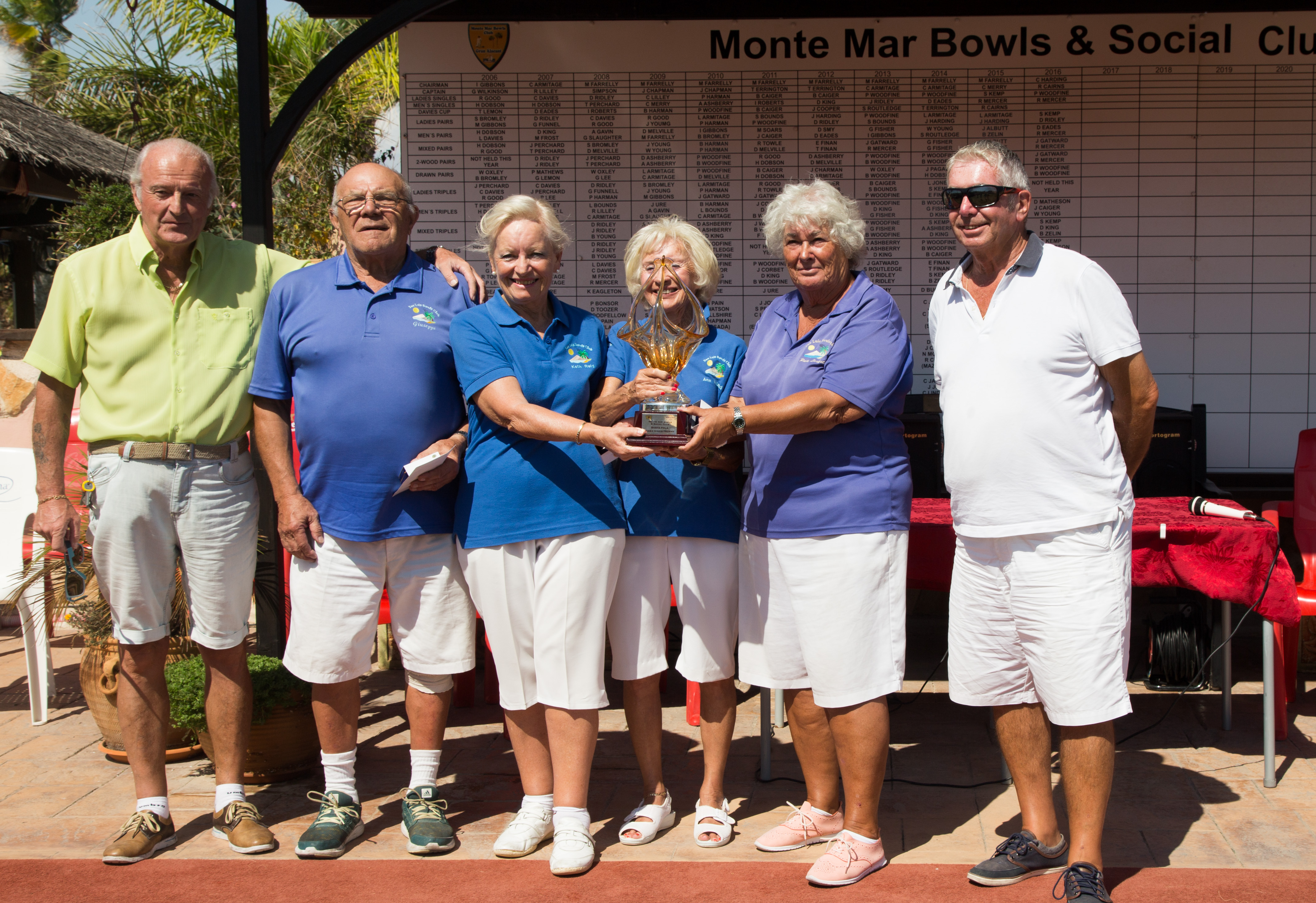 The Final of the Trophy was a closely fought game between Ann Holland, Kath Reid, Pam Lockett and Giuseppe Galelli from San Luis and Carole Donnellan, Sue Johnson, John Pooley and Den Birkett from Emerald Isle. The team from San Luis were the winners.

Also on Tuesday the ladies from the club held the usual cake stall. All the cakes and pastries were home made by the lady members. It was a great success with everything been enjoyed. 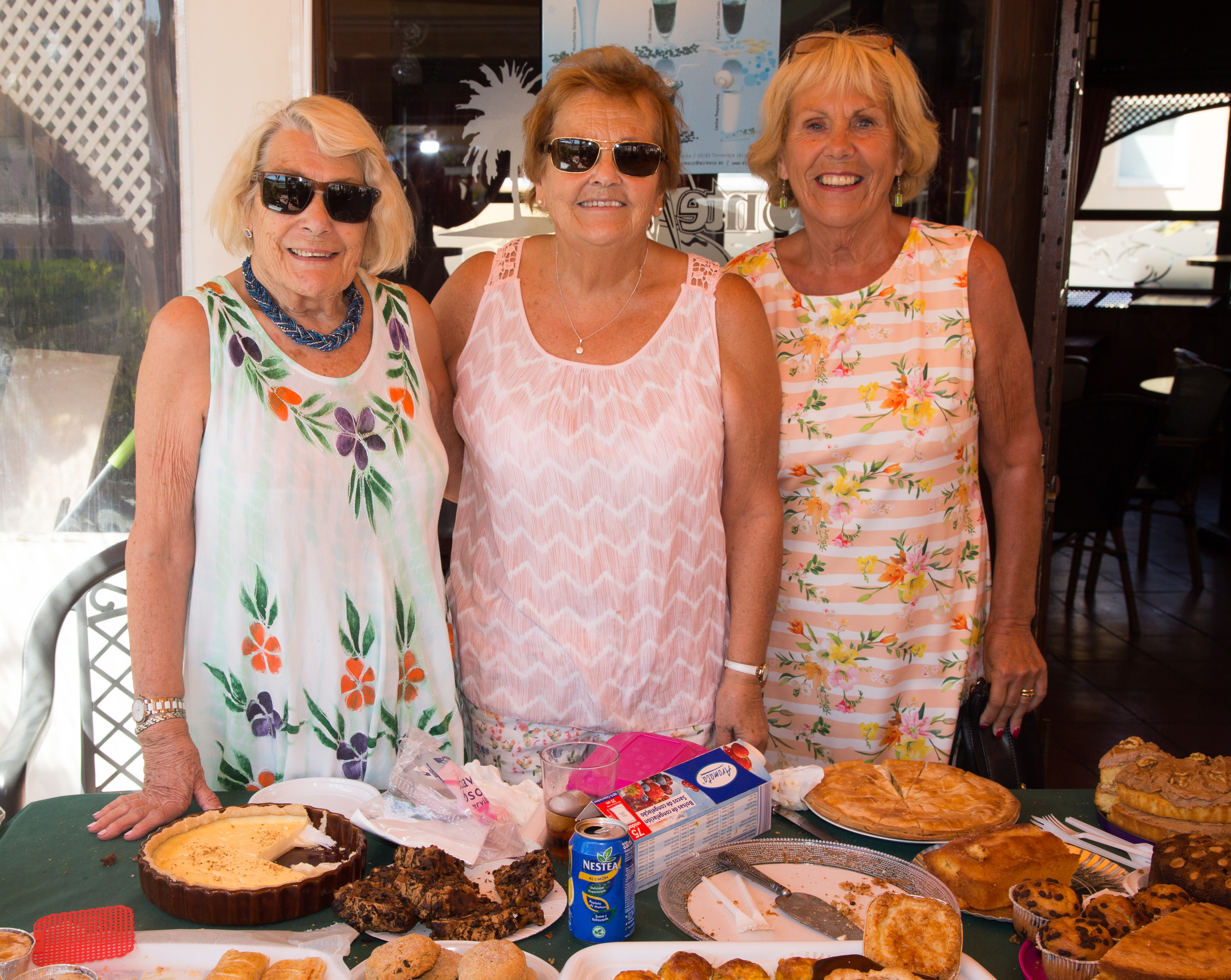 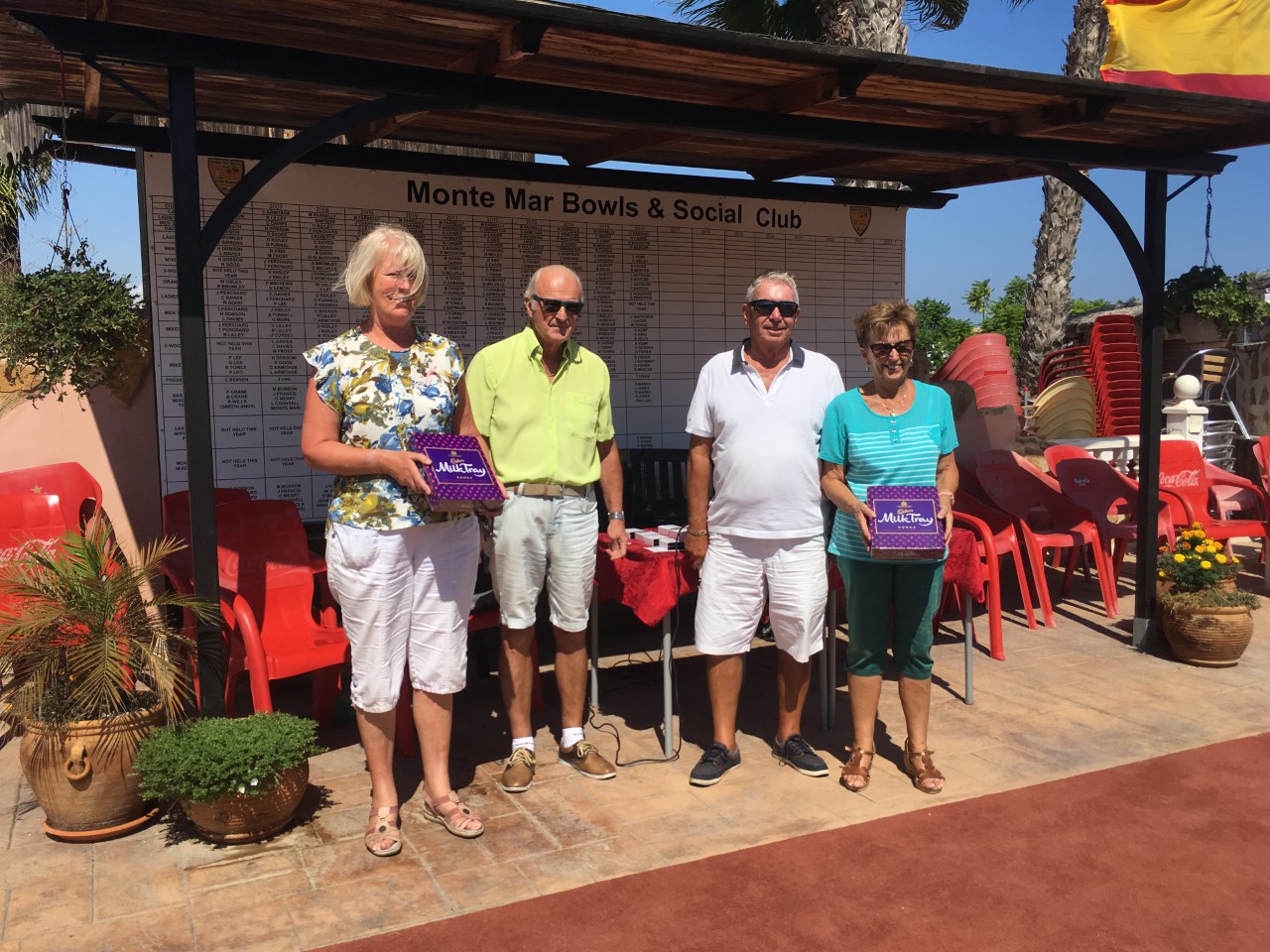 All those who came to watch were treated to some very high quality bowling and there was no one-sided game on the final day. The Monte Mar Club would like to thank all those who participated during the four day event and particularly like to congratulate the winners of the trophy, it was good to have Monte Mar succeed in winning the plate. Next year the event will be September 15th until 18th and entries are all ready being received, so book now to avoid disappointment.

For further information about Monte Mar Bowls and Social Club check out our website  www.montemarbowls.com or email us at info@montemarbowls.com. We are also on Facebook. 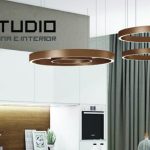 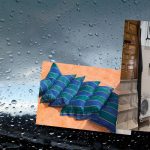