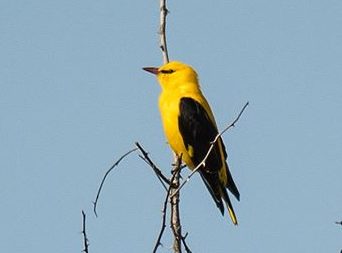 Sit tight because I’ve got a personal story to tell you. It might seem a little self-indulgent, but it explains why I find Spain and its birds so fascinating.

Older British readers might remember the small “Observer’s” books published in the 1950’s. These were pocket-sized, and covered many different subjects, but the one I remember most was my well-thumbed copy of “The Observer’s Book of Birds”, which introduced me to birdlife, had a coloured illustration on one page and a short description of each bird on the other.

The bird which fascinated me most was the Golden Oriole, a stunning-looking bird which the book noted was quite rare, and because it was rare it suffered from the attentions of “the man with the gun”; in those days it was still acceptable to shoot anything that moved. I hoped I’d see one before they were all shot.

I never did – they were confined to a very limited area and even there they were difficult to find. For the next sixty years I wondered if it was something I would never see, until I began to study Spanish birdlife. I discovered that it was not as rare as in the UK, but still it proved difficult to find.

I learned the bird’s distinctive song, and a few times I heard them, but once again a sighting proved to be elusive. Two years ago, an experienced birdwatcher took me to a known site, and after a long search there it was – all three seconds of a sighting as it flew over our heads and disappeared into the tree canopy, where they become almost invisible despite their bright colour.

This year I decided to make a concerted effort to photograph one. I had to go all the way to Castilla La Mancha, and an area near Bonete just over an hour’s drive from Alicante. My companion and I found the site, heard the birds calling and had the occasional glimpse as they flitted between the trees. We tried to keep up with them, we tried to imitate the call (a fluty whistle which is quite easy to mimic) but it looked as though we would never get a clear shot with our cameras.

Suddenly we saw one right out in the open! It was a good 200 yards away from us, but we had long telephoto lenses and got fairly acceptable shots, one of which you can see here, before the bird disappeared once again.

Technically it’s not a great shot, but for me it is the fulfilment of a lifetime ambition, and I hope you don’t mind me sharing it with you. No, you probably won’t see one in the Clot, although you should never say never – one was seen last year behind one of the Gran Alacant urbanisations up the hill, proving that anything can turn up anywhere.

If you’d like a chance to see one, your best bet is to contact the good people at the Costa Blanca Bird Club (search for them online) who will advise you of the best places to go, but the Golden Oriole is one of the jewels of the bird world, and needs as much effort to find as searching for buried treasure

You can see more of the birds in our area by visiting my site at: 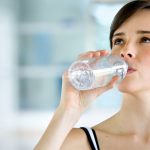 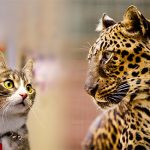