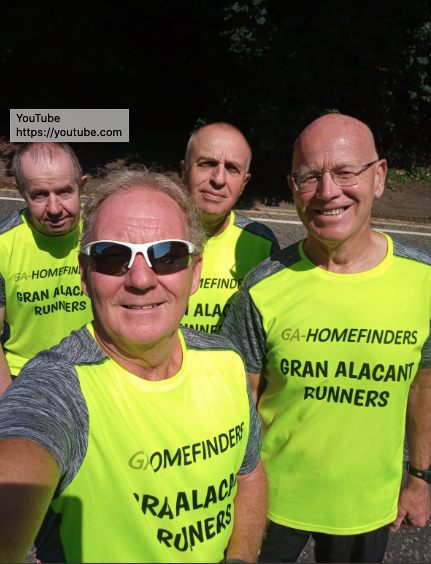 Not wanting to state the obvious, August was hot. In fact too hot to run, but some did venture out in the early morn, to try and avoid the hot sun. Eileen arrived from the UK and bravely ventured out on a run, as did Julie before she returned to Scotland. Both have now picked up their Gran Alacant Runners Shirts from Philippe at GA Homefinders. I went out a few early mornings, and on one occasion I saw Alison (not a member of our group) running further ahead, but she was going at a faster pace than me (well done Alison) so I decided it was too hot to try and catch her and slowed down. It was then I decided the best idea for me was to temporarily stop the running and wait until I returned to the UK to start again.

Meanwhile Brigitte and Claudia, continued their running in Berlin, Staffan returned to Sweden where he should be 170 days into his run streak (that is 170 consecutive days of running, John continues to run nearly every day, Graeme is still putting in some impressive times, Mike and Richard competed in the monthly Handicap series in Durham where Mike sits in 2nd position after 5 races and Richard is in 5th.  Geoff finally returned to the UK where he met up with Mike, John and Richard for a warm run around Durham City.

Have a great summer and keep hydrated. 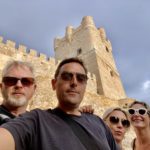 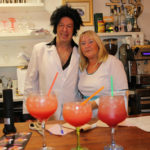