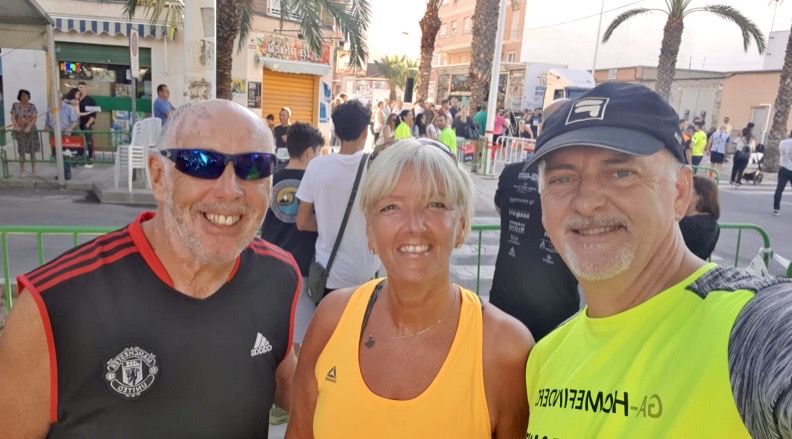 1st of October saw El Altet host their 7th edition of the 5k and 10k races with 3 of our runners taking part – Philippe (GA Homefinders) and 2 new comers, Ian and Julie from the UK. Philippe has suffered with knee problems (Meniscus) for many years and this was his first race in 2 years and so he was keeping his fingers crossed he could get round the course without pain or difficulty. With loud music playing everywhere and a large number of runners taking part they managed to meet on the start line in Altet where everyone enjoyed the pre-race atmosphere. The three started together but it wasn’t too long before Ian, going faster than the other two, opened up a gap. Spurred on by the many thousands of spectators, the endless sound of music and the great ambience, Philippe started to catch up with Ian and passed him at 3.5k, but after that point he started to suffer some pain with his knee, but that did not prevent him from finishing in a fantastic time 26min 16 sec. Not his best ever time but now he knows he is able to run and finish 5k races.

They met again at the finish where they enjoyed the food, cakes and drinks, including beer, which was all provided by the organisers. It was generally agreed this was a well organised event with a great atmosphere, and one that will be revisited next year. 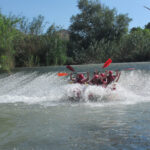 More adventures in Murcia - A river runs through it! Previous
GA Walking football November Update Next 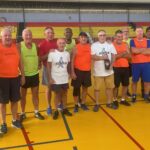