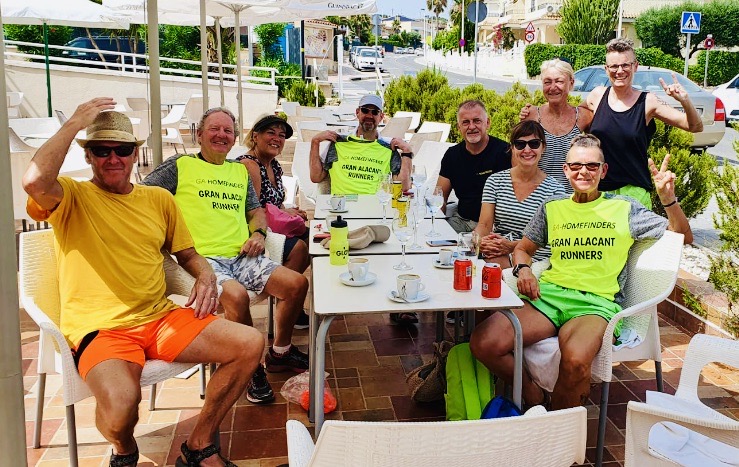 The (Continuing) Adventures of the Gran Alacant Runners

At the beginning of July we had our first opportunity to meet up as a group, after, would you believe, a walk. It was too hot to run at that time of day (10:00am). After our walk we enjoyed some liquid refreshments in Molly Malones (see photo). There were still three or four missing from the group but it was a hugely rewarding experience to finally meet some of the group we had only spoken to on WhatsApp. There are some races coming up in the next few months which might see more of us competing as a group out of Gran Alacant.

Julie Stevenson from Scotland joined the group this month and has already run with Staffan, who is still into his running streak which is 140 consecutive days and counting. Well done Staffan.

John (JC) competed in the Durham city 10k which is turning into a regular event in the NE sporting calendar.

works in Durham, County Durham. She was visiting the County Council HQ when she spotted a Gran

Alacant Runners shirt which was being worn by my good friend, Richard Anderson who runs in Gran

Alacant but works at the County Council HQ. It’s a small world.

If you see us join us for a run or say hello. No matter your ability, If you are visiting the area and

Have a great summer and keep hydrated. 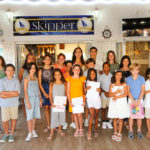 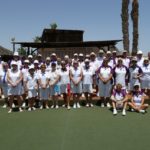