On Thursday I settled down to watch Bargain-Loving Brits In The Sun; a series on Channel 5, showing the adventures of various Expats, who have left Britain for a new life on The Costa Blanca. I am a fan of the show myself; in some respects I can see a lot of me in those, who chose to leave Britain behind; we probably all can to an extent.

This week we saw one of our own, featured on the show, Frank Roscoe, who is the owner of FWR-€uro Cars. Frank (57) moved to Alicante, from Reigate, Surrey, thirteen years ago, moving his two daughters out of school to start a car sales business next to Alicante Airport. After a tough few years, experienced car salesman Frank, could finally begin to relax, a little, as his Car Sales moved towards the success, he enjoys today.

Frank’s business is family run, offering those who live here a very unique service. The process of buying a car, can be complicated in Spain, with a huge amount of paperwork involved, almost as much as buying a house. As part of his car sales package, Frank does all the necessary documentation for you, including insurance, which is a godsend, especially to those who have just moved here. Customers return to Frank, time after time, year on year, for the peace of mind, knowing that all of the legalities, required under Spanish law are complete and correct

Channel 5, followed Frank during a typical working week, when he needs to sell at least one car to break even. While Channel 5 filmed, Frank enjoyed his equal most successful seven days, since moving to Alicante, selling eight cars and the most expensive vehicle on the lot to a group of Norwegians, living in the Alicante area.

I was struck by the testimonials of those buying and selling cars with Frank. One of the reasons he is successful, is due to his approachability and most importantly, the trust and faith those who live here put in him as a person. I know myself, from when I first moved to Gran Alacant and was in need of a car, the unrivalled levels of recommendation, offered by those in the Expat community. If you offer the high standards, customers require, you can succeed in your endeavours, as Frank has; he is a benchmark for others to follow!

Frank is a great ambassador for all the local community, who live in the Alicante area. FWR – €uro Cars is a successful business, offering an exceptional level of service; that is appreciated, by all those who reside here. One of the most enduring aspects of being part of the ‘Expat Club’, is the way, others who understand the issues you face, whilst living abroad, go out of their way to help make life, a little more comfortable. Frank epitomises that genuine spirit of camaraderie and cooperation! 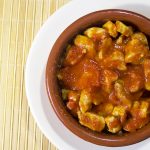 Magro en Tomate Previous
Do Feral Cats deserve to be poisoned?! Next 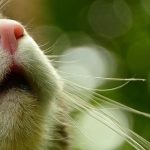